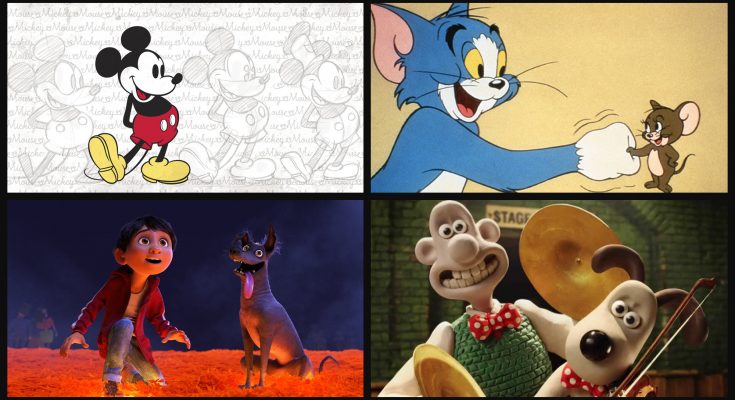 We know that Animation is a procedure or technique in which figures or characters are manipulated to appear as moving images.

Here in this blog our point of discussion will be on Trendy 5 Types of Animation.

In earlier day’s tradition animation, images were drawn by hand on transparent celluloid sheets which used to be photographed and exhibited on film. But today popularity of computer-generated imagery (CGI) has expanded in the entertainment market.

However, Traditional Animation is not outdated; still now animators make use of this technique to add different visual experience in the moving images.

For general audiences awareness about different style and technique of animations can benefit them to understand the concept and content of the animated movies more easily.

LET US NOW MOVE INTO 5 TRENDY TYPES OF ANIMATION

Remember the cute and funny Mickey Mouse Cartoons which used to telecast in Doordarshan Channel.

Mickey Mouse animated series is a Traditional or Cell Animation, where animator used to draw every single frame by hand to create the moving scene.

This type of animation is still performed today on computers with special tablets. 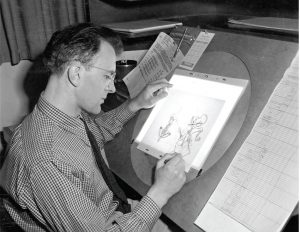 Usually traditional animation is done on a light table that allows the artists to look the previous drawing through the top layer of paper. Walt Disney Animation Studio is involved in this particular time consuming style of animation from way back 1920s.

By 1990s digital colouring took the place of Cels and animators switched to computer instead of paper.

But even today hand-drawn animators use same frame by frame technique and principles to create traditional animation; only the medium had changed.

It has wide utility in Educational, Advertising, Film, Games and Television Medium.

A 2D animator need to be have very good drawing skills as they work on creative 2D software workplace like Flash, Adobe Animate CC and many others.

This style of animation follows frame by frame animation process where the artist gets the option to create rigs for the characters and move single body parts at a time instead of redrawing the character again and again. 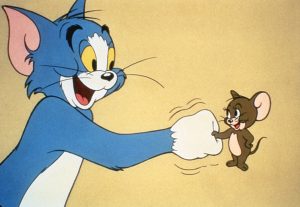 Who don’t know about the famous Tom and Jerry cartoon characters which have entertained all age groups from its day of beginning?

In this style of animation Storyboard is a must for the animators for the detailed movement plots of the character or object.

Flexibility of 2D software with hassle-free tools for drawing has made the path easy for the beginners so that they can pursue the career in the field of animation with average skills of drawing. 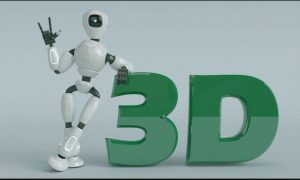 3D or Three-Dimensional Animation is characterised by three-dimensional digital objects or characters having width, height and depth. 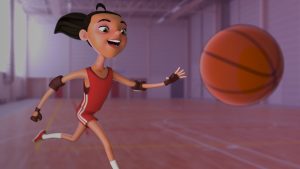 Application of 3Danimation has prominent future in the coming years in various sectors. 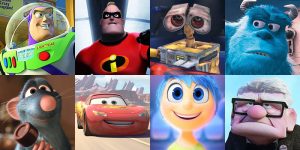 A lot of 3D animated movies by well known studio like Pixar Studio such as The Incredible, Cars, and Toy Story etc give us Goosebumps whenever we watch them.

This modern high-definition 3Danimation technique has less to do with drawings and more to do with moving a character in 3D workspace. 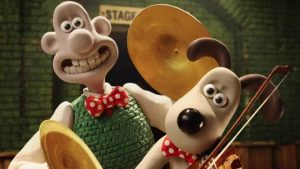 Stop Motion Animation is another type of frame by frame animation technique where the animator captures the series of still images that are slightly different from each other to show movement. Here photography is used to capture real objects.

This animation style is exciting and naturally appealing but time consuming and labour-intensive. 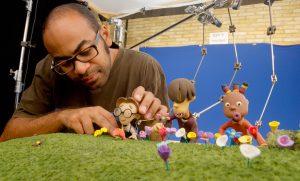 In stop motion, animators take photo of a character or scene and slightly move the character before taking another photo and this process is repeated until the scene is complete and each photo is like a frame in this animation.

Puppets with movable joints are generally used in this unique and realistic animation style. 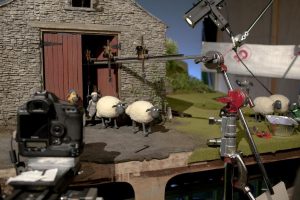 This still image is from the movie Shaun the Sheep where stop motion animation technique has been applied.

Here the key factor is to create seamless illusion of motion through small changes from frame to frame.

Stop Motion Software like Dragon Frame, Filmora Pro and others are available for Windows and Mac computers devices. 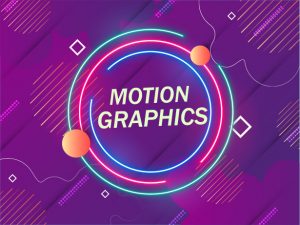 Motion Graphics focuses on the movement of shapes, text and logos instead of characters; it is commonly used in commercials, sporting events, news, television and educational videos.

Here animated texts and logos are key factor rather than body movement and facial expressions. Both 2D and 3D Motion Graphics are widely used in advertisement sector.

Software like After Effects, Cinema 4D are motion graphics artist’s best friend as they offer versatile features for artistic creativity.

Before the launching of computers, motion graphics animation was a time-consuming and high-budget process. 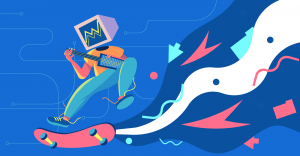 In motion graphics figures are drawn with simple shapes like line, circle or square.

Motion Graphics helps to illustrate complex ideas visually; any abstract idea which is hard to explain through words or still images can be explained with few seconds of motion graphics. This fun and cute style can be applied to mature topics.

This animation style can make the message more engaging and exciting.

Therefore these are the trendy 5 types of animation in contemporary time.

With close observation one can easily differentiate one animation type from another.

Join MAAC today and clear your doubts on Animation with just a call away 9836321595. 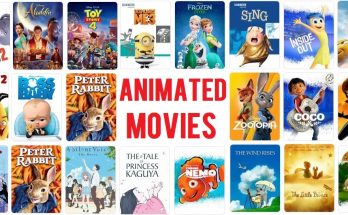 ANIMATED MOVIES TO WATCH DURING PANDEMIC