Exploring the basic fundamentals of 2d animation is the topic of discussion today. 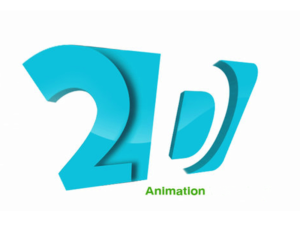 This had made a significant progress towards the Media and Entertainment industry and is emerging at a rapid growth.

The animation is of two types, 2D Animation and 3D Animation3d animation.

We are going to discuss the various elements of 2D Animation and its implementation.

This blog is presented to the readers to enlighten them with the light of two-dimensional Animations and its diverse scope in the field of Entertainment industry.

What is 2D Animation?

2D Animation can be defined as the creation of motion pictures/moving pictures in a two-dimensional environment such as through “traditional” animation or in the form of mechanized animation software.

The above process is done by sequencing consecutive images (frames) that can arouse movement by each image showing the subsequent in a steady series of steps.

These successive images are shown at a rate 24 frames per second or a rate faster than that and the technicality lies in this trick of fooling the eye.

With the help of the computer 2D bitmap graphics, 2D Animation figures are edited or created.

They can also be created with the assistance of 2D vector graphics.

However, the figures comprise of automated mechanized versions of the conventional Animation techniques such as interrupted morphing, BH ghosting or onion skinning and interpolated Rotoscoping.

The scope of 2D animation is wide and its opportunities are interesting.

It has several applications including Analog computer Animation, Flash Animation and Powerpoint Animation.

Now the thing is there are certain parts of cinema graphs that are immobile photographs in the form of an animated GIF file. This cinema graphs are animated part of the file.

Some characters reveal the use of 2d and its implementation like Snow White, Goofy, Mickey Mouse, Popeye, Mexopolis and the Simpsons.

The 2D Animation has x and y-axis line. 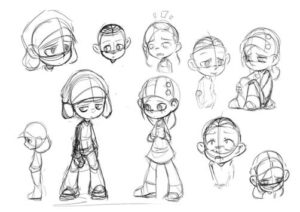 The Fundamentals of 2D Animation

An all overestimate outline of the Animation is crucial as it will help to draw out the plan and the storyboard.

Sometimes even an ordinary black and white animation would be effective if the story seems credible and good.

On the contrary, it is sometimes seen that even the best animation tools and techniques do not turn out effective if the story is monotonous. 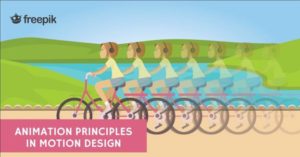 There are some relevant motion principles which are to be followed while working with 2D Animation.

One of the important rules of the 2D Animation is “Squash and Stretch”. 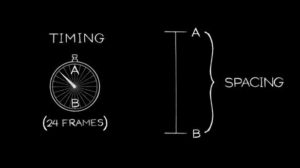 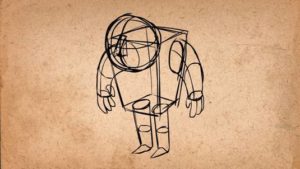 The standard of strong illustration implies considering frames in three-dimensional space, giving them volume and weight.

However, present-day animators draw less as they have got the comfort level of computer facilities. 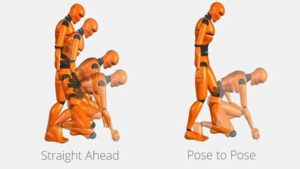 Straight Ahead and Pose to Pose are the two ways to deal with the authentic animation technique. 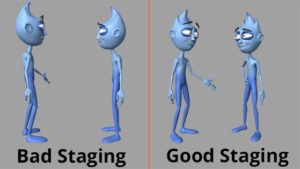 Staging is known in theatres and films.

Slow in and Slow out 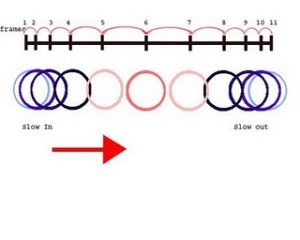 The softness of an animation is administered by the number of frames the animation contains.

As the number of frames increase, the smoothness of animation also increases. 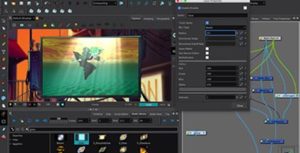 2D animation can be operated and functioned with the help of various software like Adobe Photoshop (CS6 or CS5), Adobe Flash, Adobe After Effects, Adobe Premier, ToonBoom, Claymation Studio and Animation Workshop.

This software assists the 2D Animators to operate and create their customized animation.

Thus it can be concluded that there are numerous elements of 2D Animation.

This blog is designed by MAAC Chowringhee, MAAC Rashbehari and MAAC Ultadanga in a way that educates the trainee 2D practitioners or curious readers about the diverse spectrum of 2D Animation.

In the recent times, 2D animated series, films, movies, episodes and cartoons are in huge demand.

A significant section of the Entertainment industry is spending their finance to produce 2D animated movies and they are getting a significant turnover at the end of the day.

So when you are searching for 2D you have landed at the right place, MAAC Kolkata.

We ensure 100% Placement Assistance <—– Click Here to know how we place our students to relevant production houses in India.

126 Comments on “Exploring the Fundamentals of 2D Animation”