The legacy of stop motion in the movie Kubo, is the point of discussion in out blog today. 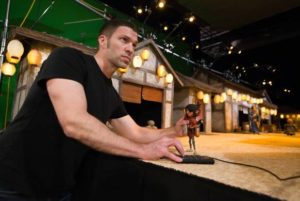 The wide world of Animation is filled with varieties in the Entertainment industry.

In this broad spectrum of scope, stop-motion plays a significant role in the Animation industry.

Several movies are planned and produced through Stop Motion.

Stop Motion is a type of Animation technique that manipulates an object in motion physically on its own.

The main thing about it is, the object is set in motion in minute increments between independently photographed frames.

Thus it creates an illusion of movement when the series of frames is played as a fast sequence. 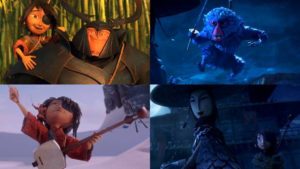 In this context, it is important to mention that clay modelling or clay figures are often used in stop motion so that they can be repositioned to give different shapes for framing.

Claymation or Clay Animation can be defined as a stop motion animation that uses plasticine for remodelling.

In today’s blog, we are going to discuss the use of Stop Motion and its importance in the recently released film, Kubo and the Two Strings.

The film is a 2016 stop-motion action-adventure film. It is directed by Travis Knight.

Reviews of the film suggest that it had received critical acclaim and universal acceptance with certain relevant response and optimistic receptions to its Animations techniques.

The blog is to present you to the broad spectrum of Animation opportunities in the Animation industry and one of its exceptional techniques is Stop Motion Animation.

The storyline of the film revolves around a 12year old eye-patched Kubo. He lived in a quiet environment and led a normal life in a small shoreside village.

Unfortunately, he was disturbed by an uncanny spirit who comes from the past and turns his life upside down by re-igniting a primordial vendetta.

As a result, this causes a lot of havoc as gods and monsters pursue Kubo.

For the sake of survival, Kubo must place a mysterious suit of armour. This armour was once worn by his late father, a legendary Samurai warrior.

Use of Stop Motion

However, not all stop-motion films use clay modelling but it also includes humans, household appliances and other things for comedic effect.

This type of Animation may also use sequential drawing in an identical manner to conventional Animation called flipbook.

The film Kubo and the Two Strings was made after taking inspiration from such Japanese intermediates like ink wash painting and origami.

However, the film is mainly influenced by the ukiyo-e woodblock style.

Laika also intended to create the complete film to look it more realistic and natural.

The usage of 3D printing is also effective as the team had got the assistance from Stratasys.

As a result, Laika got the access to use their newest technologies in substitute for a response to them.

For the Skeleton beast, the group made a mammoth 16-foot, 400-pound manikin, which Laika claims are the record holder for biggest stop-movement puppet.

The plan to make such a monstrous manikin was conceived out of a dread that individual little parts (intended to speak to the bigger creature) would not function admirably on screen connecting with the other puppets.

The subsequent manikin was worked in two sections which were then joined together by magnets.

For development, Laika needed to plan a robot to effortlessly control it.

The group at one point obtained a mechanical robot off but after a certain point, he found that it would not work with their setup. 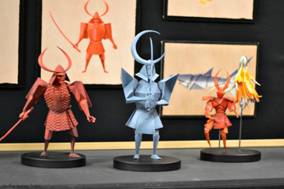 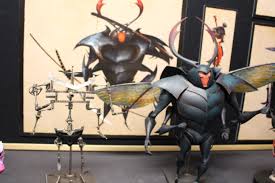 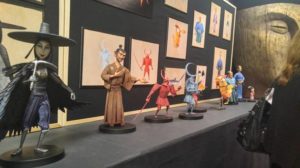 The puppets are prepared and crafted according to the various shapes required in the film.

The reactions are created as per requirement in the various shots of the movie.

The modelling is that much easy but it needed hard work to set forth the different modelling of the puppets.

The framings are done as per 24-frame per second with a frame by frame sequence.

The frame by frame camera shots is taken with appropriate light and setting.

The background setting is operated with the help of Chroma.

Coming to the clay modelling, it is an efficient work of craftsmanship.

Only proficient modellers can turn to such effective modelling.

Each body piece and headpiece is crafted and then set together.

Carefulness is given to minute details of the puppets. 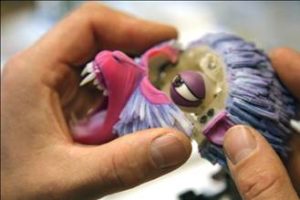 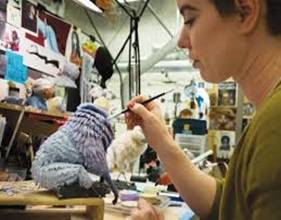 The monkey model is done with much difficulty as the fuzziness of the monkey’s body is prepared individually and then stuck to the main part of the body. 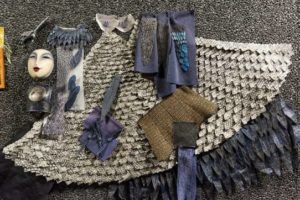 The costumes of the puppets are short which means that they are quite difficult to knit.

The dresses are prepared with the help of close knitting and designing.

And then they are trialed on the models.

Prior to all these processes painting is done so that it may help in creating the models.

Some of the settings are created by means of making the entire new set as miniature models.

It is considered as the leading software for stop motion animation and time-lapse photography.

It administers video assisting tool for the animator.

Several other stop motion Animation films are Tim Burton’s Corpse Bride, Chicken run, Coraline, My Life as a Courgette and the upcoming Isle of Dogs.

Owing to the high demand of stop-motion pictures, MAAC Chowringhee, MAAC Rasbehari and MAAC Ultadanga has taken the initiative to present to the aspiring candidates who are curious to know the secret to the filming of the Kubo and the Two Strings the various aspects of stop-motion and clay modelling.

Kubo and the Two Strings marks the effective use of Stop Motion Animation and that is why this blog is all about how stop motion is prepared, how clay modelling is created artistically and what type of camera technique/camera is used for stop motion capture.

The success and achievement of the movie are evident of the fact that all hard works came to a positive outcome.

However, still, some portions of the film can be improved through accuracy and precision.

Want to be the part of this world of animation, just click here.