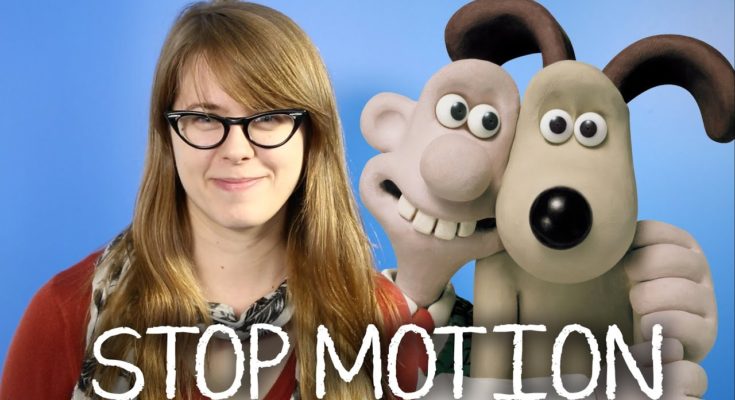 Hello Friends, today in this blog our focus will be on the Stop Motion Software.

As we all know that Stop Motion is an animation technique to bring static objects to life on screen.

In case of Stop Motion; animators move objects or puppets frame by frame and then capture that movement via camera.

All the recorded actions give the effect of continuous movement when they are played.

There is certain software available in the market for the Stop-Motion Animation.

Presently digital software is highly used by the animators for the short or commercial Stop Motion films. 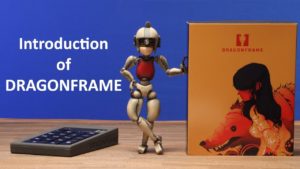 It is ideal frame-grabbing software and can be used for time-lapse photography.

Initially it was developed by Jamie and Dyami Caliri brothers while creating commercial for United Airlines.

This software also won award at the annual Annie Awards.

It has features like onion skinning, step-to-live, auto-toggling and drawing with virtual pencil. 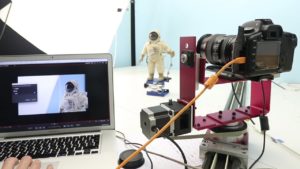 This software allows the user to adjust the camera and the scene; then the user can combine the frames into a chain of animated frames.

If you are an independent filmmaker or working on a big feature film Dragonframe carries all the tools required to produce gorgeous Stop-motion Animation.

Dragonframe has been used to make full-length motion picture films like Frankenweenie, Coraline, ParaNorman and Shaun the Sheep.

One can get the software free for 30 days.

During the trial period you can test the software with your camera and can try out the features. 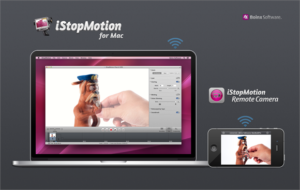 Mac based Stop Motion program iStopMotion software has been developed by German based Boinx Software Company.

It is useful in creating time-lapse movies and stop motion animation on iPhone or Mac systems.

iStopMotion has amazing features as it allows to edit a recorded frame with outside software like Photoshop.

One can edit the unwanted part in the Photoshop and can go back to iStopMotion without stopping the recording. 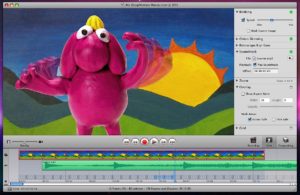 This software also controls the camera including colour balance, focus, hue and saturation.

This software is excellent for animators who want to record animation on their computer directly without depending on films.

Aspirant filmmakers can use this software easily to create their own masterpiece. 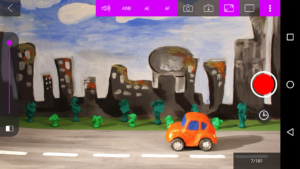 It is available for iPhone, iPad, Android, macOS and Windows.

This software is a fun, produces quick and easy animations.

It helps to capture the images easily while controlling the camera settings such as white balance, exposure, control shutter speed etc.

With Live-View option one can control objects and movements.

It has in-built library from where one can choose the photos. 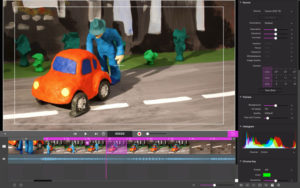 This software shows frame-by-frame of all the images in chronological manner.

Image editor can be used to change the composition, colour levels and applying wonderful filter effects.

Its advanced typography features helps to create unique designs for the movie. 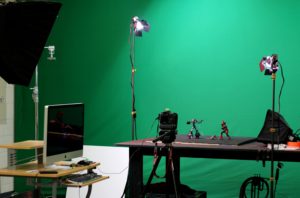 One can also use Chroma Keying or Green Screen to change the background but the free version do not allows Green Screen and Movie Effect features.

It has in-built sound effects and music clips, animators can bring characters to life by recording a voice over track directly on the movie.

The developers of Stop Motion Studio claimed that ‘It is the world’s easiest software to create stop motion moviemaking’.

It lets you to create stop motion animated movies on your own PC. 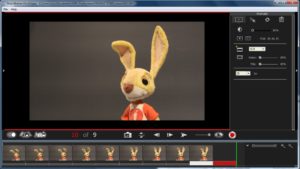 This Stop Motion Pro Eclipse is made for both experts and beginner animators.

It has many features and provides high resolution stop motion animation.

The red button on the above picture is for recording frame-by frame object.

The play button helps to playback the animation at any point of time.

It can be easily linked to the camera or webcam to record pictures.

The marker can be used to track and plan the movement of the character.

The video can play as fast as 30 fps and the animator can record audio while the animation is playing back. 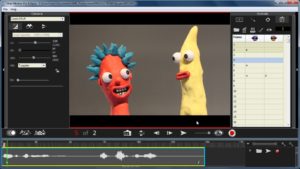 Animators can match the movement of the lips with the dialogue by opening the audio box; the above picture shows the audio graph at the below.

It has special effect feature to add effects within the frame.

Onion Skinning is also possible in it and has multi-track audio feature.

The software supports many cameras and has tools for advanced project management which are useful for managing long-term animation projects.

In the above texts we mentioned about the Stop Motion Software; interested candidate can be a part of us .