Hi guys, today we are going to discuss regarding the job profiles in the VFX industry.

VFX is a vast field. People working in this industry have a very good knowledge in creating visuals, whether it’s art or photography.

It involves technology and problem solving with art so can be rewarding for those who have an interest in both of the areas and like a challenge.

The following are some of the job profiles one can be when he opts VFX as a career:

Compositor: A compositor combines visual elements from different sources into single image to make it look like all those elements are a part of same image.

A digital compositor or a compositing artist functions at the end of the Visual Effects process in order to amalgamate CGI and Matte Paintings along with live-action plate photography.

VFX Compositing is considered as an art to make all the dissimilar elements, that have been produced digitally or photographed practically.

The craft of VFX compositing is to make all the dissimilar components, that have been made carefully or captured basically, meet up in a shot that totally trick the group of onlookers into trusting that all that it sees was captured in the scene in the meantime, under a similar lighting conditions, through a similar focal point and with a similar camera.

By the VFX companies, compositors are employed.

Compositors  are employed by the Animation production companies as well as production facility houses in order to work on feature film, commercial projects and television.

Besides working in Visual Effects arena, compositors also work in CGI Animation, Motion Graphics and also as an effective part of the wider on-line editing and  completion role.

Concept Artist: A concept artist with the help of computer illustration software packages produces the illustrations that help production designers realize their vision.

Concept artists are subjected to work on big-budget films that might be ranging from sci-fi, fantasy films to historical films where Visual Effects and Special Effects produce design spectacles, CG creatures or other invented elements.

There are normally various Concept Artists, each chipping away at a particular component, e.g., a fantastical animal or potentially scene.

Concept Artists begin work toward the start of pre-production, up to a half year before recording is because of start.

Digital Preparation Artist: This kind of artist is responsible for painting out markers, wires and rigging before the shot can move along the VFX pipeline.

A good level of quality control and a keen eye for repair work is necessary, as the work must be invisible.

Paint/Prep Artists are in charge of apparatus expulsion assignments, painting out markers, wires and gear before the shot can move along the pipeline.

Abnormal state quality control and a sharp eye for repair work is vital, as the work must be imperceptible.

Crafted by a Paint/Prep Artist is probably going to be inspected by a VFX Supervisor, frequently one casing at once, and contrasted back with the first plate on a silver screen.

Moreover, there are now and then mix-ups on the shoot, for example, blast mics or team individuals coincidentally showing up in the edge.

Now and again pictures should be reestablished as well, evacuating harm in the state of scratches and clean.

The Paint/Prep group will settle these issues previously the recording moves to the following office.

Lighting technical Director: A Lighter ensures that there is consistency in light, color balance and mood between the various elements of a shot or scene and making sure CGI looks realistic to match the live action.

Lighting TDs or you can say Lighters ascertain that there is constancy in case of lighting, color theory, color balance and mood  between the distinct components of a shot or VFX scene.

At the time of appropriation, they ascertain the CGI looks photorealistic in order  to match the live-action plates.

Lighting TDs/Lighters include the lighting that makes air, expanding authenticity, tone and profundity in a scene and clearing up area, climate and time of day.

They adjust singular components to empower the printers to deliver a persuading picture.

They allude to the creation outlines and apply that visual style as steadfastly as could be expected under the circumstances, taking consideration to look after coherence.

Video Editor – A video editor edits, corrects, organizes, arranges and prepares a final output to the video footages according to the written script.

The most important job of a VFX editor is to converse information between the Visual Effects facility as well as the editing room.

A VFX editor occasionally produces temp VFX which  is required under two conditions: there are numerous shots and these shots are being completed outside of the editing software that the assignment is being edited in.

It is the matchmover/tracker who deploys practical problem-solving abilities in order to resolve  any 3D camera issues.

Matte Painter: A matte painter creates a virtual background used to either replace or enhance the live action photographed plates.

A Matte Painter plays its role with stills taken from live-action photography, rendered CG elements, digital still photography and digital paint in order to create plausible ‘environments’ that are flawlessly integrated into the film by means of compositing artists.

Matte painting presently tends to go under the umbrella of condition work , finished in the bigger VFX organizations by a domain group/division.

Be that as it may, in littler VFX houses, numerous specialists may add to all the diverse segments of the VFX pipeline.

Roto Artist: A roto artist traces the area of the live action footage and integrates it in the computer graphics that interacts with the live images.

He ensures that the VFX shots are taken appropriately or not by assisting the director.

He handles the VFX projects from conception to completion.

We at MAAC Chowringhee, MAAC Kankurgachi and MAAC Rashbehari train our students whole heartedly with wide range of course curriculum so that they could select an appropriate career and stand successful in life. 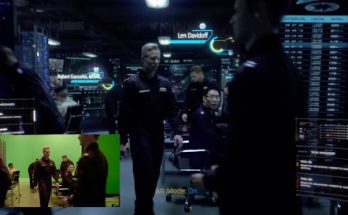