Visual Effects or VFX has now become an important sector in the Tollywood (Bengali) film industry.

While speaking about VFX it is significant to mention the name of one legendary person, Satyajit Roy.

He had advent the utilization of VFX in the Bengali Film industry.

His name is written in GOLDEN WORDS in the history of the Indian Entertainment Industry.

Here, we can proudly announce his name when we are talking about the iconic person Satyajit Roy. 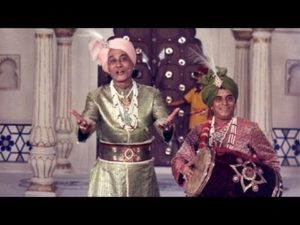 During his time when technology was not so advanced and civilized, he showed the next generation the use of Visual Effects in his film “PAROSH PATHOR”, “GOOPI GAYEN BAGHA BAYEN”, “HIRAK RAJAR DESHE”.

In the Bengali Media and Entertainment industry, he is considered to be one of those rare geniuses of India who won a number of laurels from abroad as well as his own country.

According to the Wikipedia, Visual effects is chronicled as the diverse processes by which description s are created and manipulated exteriorly with reference to a live action shot.

The word is commonly shortened to Visual FX or VFX.

It involves the amalgamation of live-action footage and it also helps to generate imagery in order to create surroundings that look natural and realistic.

However, the execution is not that easy as it would be dangerous, expensive, impractical, or simply impossible to capture on film.

The Visual Effects using computer-generated imagery has become available to the autonomous filmmakers during the recent times,  along with the preface of cost-effective and user-friendly Animation and Compositing software.

In today’s blog of MAAC Kolkata, we are we are going to talk about how holding his shown path the Bengali industry developed. 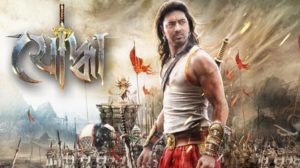 Among the various successful movies, the recent blockbusters hits are Yoddha: The Warrior, Chander Pahar, Yeti Obhiyaan and Amazon Obhiyaan.

Most of them have largely utilized VFX in the most innovative way and has presented to the audience a package of interesting facts overloaded with VFX.

Kamaleshwar Mukherjee’s Chander Pahar has been on the successful hit list in the year 2013.

However, it had received several negative receptions from various reporters and some of them come from The Times of India to the Outlook.

A face of The Times of India, Satadru Ojha is of the view that technically this film will be a landmark for Soumik Haldar and Subhankar Bhar, the camera experts.

However, the music is entirely operatic in its parts “especially the soaring opening track”.

He added further that it had been a great effort of the director as a lot of sweat is spent on bullets fly, lions roar, spiders crawl.

However, David Chute of Variety (magazine) told “The thrills seem to have evaporated from Kamaleswar Mukherjee’s handsome, slow-moving adaptation of a classic Bengali novel”.

In addition, he also remarked that the director of the popular adventure novel by Bibhutishushan Bandyopadhyay struggles mightily to bring in an epic quality in its representation of a young Bengali man’s spine-tingling African adventures.

Thus it can be concluded that the frame by frame hair-raising suspense of the novel is achieved with the help of Visual Effects right from the adrenaline-dripping opening sequence of a man chased by wild beasts, and keeping it up the cadence till the ending.

In the movie, some special scenes were made with the help of computer graphics.

Moreover the most notable of these are the scenes of the volcanic eruption and the sequence featuring the monster called Bunyip.

These things are a level of information to notify readers of the fact that the Bengali entertainment industry has indeed mounted up to the summit. 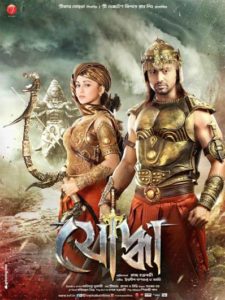 This movie has also efficiently used Visual Effects as a weapon in the filmmaking and production.

The VFX breakdown is performed with the help of Chroma key compositing.

This visual effect technique is widely used to modify the background or to add something that is animated.

This technique is used in different shots in the movie.

As for example, the sequence where the procession is passing through the overbridge with the “Palki” of the princess the down view is prepared by means of Chroma.

The sequence of the falling down of Dev (the protagonist) from the Helicopter is also done through Chroma key compositing. 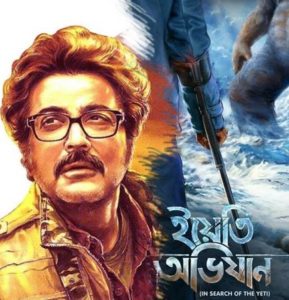 The legacy of Prasenjit Chakraborty is preserved in the movie, Yeti Obhiyaan, directed by Srijit Mukherjee.

The film is about the terrifying beast, Yeti which is believed to live in the furious mountains.

The small hut set is made through utter hard work of the technicians. 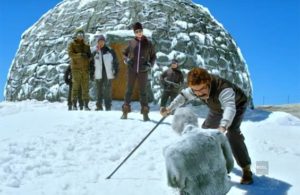 After completing the entire hut set it is transformed to the snowy mountain by helicopter and the sequence are shot by means of in-camera.

Though most of the sequences are shot through live-action and present live surrounding, few parts are done through Chroma.

Thus from the above observation, it is perceived that VFX or Visual FX is emerging as a fast-growing industry in the Indian Bengali Entertainment Industry.

With the expansion in outsourcing work, the Indian visual impacts studios are ascending as far as innovation, labour, strategies and yield.

The VFX are utilized progressively by the visual media in Bengal and can be broadly made out of the extra fields like portion, TV shows and promotions.

It is seen that Indian VFX studios are delivering low-end work to the top of the line quality work for outside movies.

Step by step West Bengal is turning into a favored goal for outsourcing work due to the superb work, low-estimated generation, achieved workforce and great relational abilities.

The entry of Digital Media has concurred with the new part of the business and because of which the quantity of outsourcing work is additionally expanded in India.

This blog is written with a view to acknowledge of the developed scenario of the Bengali Visual Effects industry at a glance and its results.

Though further development is needed to advance some improvements in VFX, the present landscape show its future towards brightness.

This article is led down by MAAC Chowringhee, MAAC Rashbehari and MAAC Ultadanga to present to the readers the huge scope of the Bengali Entertainment industry.

141 Comments on “Utilization of VFX In Tollywood World”