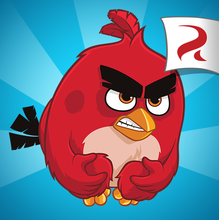 Have you come across video games?

In our today’s blog post you are led to the world of games where angry birds are protecting their baby birds from their enemies or a place where crime and punishment are the main law, based on which the video games are prepared.

MAAC Kolkata presents this blog in order to educate the amateurs about the video game anew.

In our today’s blog, you’ll come across such games that have become so popular with the growing era of youngsters.

This is one thing which does not need any age bar.

In our today’s blog post we’ll be discussing few famous Animation games in India which are not only famous among kids but are also enjoyed by the elders.

Let me know if you disagree with the following list:

The most famous video game which has grabbed everyone’s interest. It’s an addicting game.

As you know, the series concentrates on multi-colored birds who always try to save them

eggs from the prey of their enemies.

The first game was released in the month of December 2009.

The entire merchandise was available featuring the games’ character.

With the setting of sun  and passage of the sun, a television series also started and beating that

do not forget about the 2016 release of the movie Angry Birds. 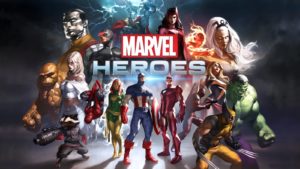 It is the multiplayer online action role-playing video game.

serves as those characters which can be unlocked by the players later in the game.

Characters, for example, Iron Man, Captain America, Deadpool, and Wolverine fill in as characters that players can open in the game.

Players who pre-acquired a game pack got early access to the game on May 29, 2013.

On April 5, 2017, a reassure adaptation was declared to be underway at the ideal opportunity for both the PlayStation 4 and Xbox One that was marked as an allowed to-play game under the title Marvel Heroes Omega.

On November 15, 2017, Disney reported that it was finishing its association with Gazillion Entertainment and that Marvel Heroes would be closed down toward the finish of 2017.

The game and the site for Marvel Heroes were taken disconnected on November 27, 2017, and Gazillion was closed down. 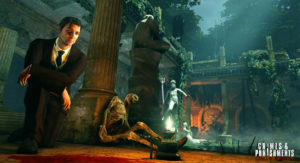 Crime & Punishment is Sherlock Holmes’s adventurous video game series that was developed by Frogwares and further published in 2014 by Focus Home Interactive for the Microsoft Windows, Play Station3, Play Station 4, Xbox 360 and Xbox 1.

This game is inspired by Author Conan Doyle’s original story and came out to be the first in the series to use Unreal Engine 3.

The game is divided into six cases of murders, disappearances, and thefts written in the tradition of Doyle Novels.

The player expected the part of a condemning judge in a criminal law matter under the steady gaze of the courts.

Data accessible to the player included subtle elements on the idea of the wrongdoing perpetrated, the respondents earlier criminal history and pre-condemning reports.

The player could likewise survey well-established realities identifying with the case before condemning the detainee to probation, correctional facility, jail or even pick capital punishment in kill cases.

On account of detainment, the player additionally picked the length of jail term.

Scoring was identified with how intently the sentence gave out by the player coordinated that of what a genuine judge chose for the situation. 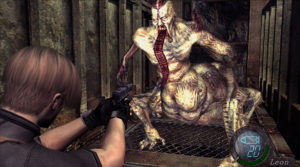 In 2005 the game was originally released for the GameCube in North America, Japan, Europe and Australia.

The game story of Resident Evil 4 is on the U.S government special agent Leon S. Kennedy. The story shows that Kennedy is on an important mission to set free and liberate Ashley Graham, who is the  daughter of the U.S. President

She has been kidnapped by a sinister cult.

Leon on his way to rescue Ashley fights hordes of violent villagers and mutated monsters.

The game had received manifold Game of the Year awards for the year 2005.

It was seen as a successful seen as an effective cross-stage hit that impacted the development of the survival of frightfulness and third-individual shooter types.

The amusement spearheaded and advanced the “over the shoulder” third-individual viewpoint of view in computer games.

It is broadly thought to be a standout amongst other computer games ever.

A continuation, Resident Evil 5, was discharged in 2009. 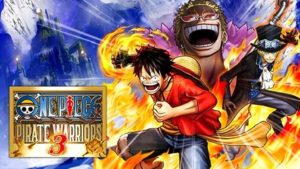 One Piece: Pirate Warriors 3 is an action video game created by Omega Force. This game for released

The game has total 37 playable characters in it.

Play these games and enjoy the animation paradise on a new level.

Are you on your way to dream of creating Animation games of your own?

Then carry it forward towards the horizon and be unstoppable.

Take a step forward towards the right direction and get effective training on courses that includes the entire arena of 2D Animation, 3D Animation, Visual Effects, Multimedia, Web Designing, Graphic Designing and other architectural courses.

Meet us at MAAC Kolkata.

Stay tuned! We’ll be right back with another hot topic!

512 Comments on “5 Most Popular Animation Games in India”