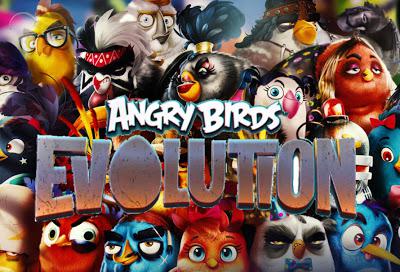 In our today’s blog we will discuss about the new ANGRY BIRDS series. Angry Birds is a video game franchise created by the Finnish company.

When it comes to Smartphone gaming, Angry Birds has a special place for many. After success of Angry Bird Rovio Animation decided to make movie on Angry Bird and they released it on May 5, 2016.

The series are about multi colored birds, trying to save their eggs and fighting all norms. 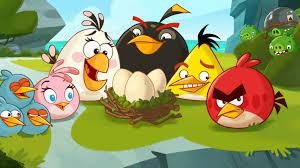 The first Angry Birds video game was launched in December, 2009. Now, almost after 8 years of its launch, the game receives the same support and acceptance from the people.

The game not only played by the kids and teenagers but the grown up adults too. Wherever we go, we will definitely find a kid playing Angry Birds on his/her parents phone.

The popularity of the game led to the creation of its feature films, animated television series, new versions for PCs and variety of video game consoles. Its success has resulted it to be a big brand in the gaming field now. 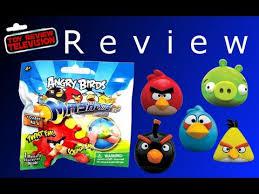 As per 2010, 12 million copies of the game were purchased from App Store.

The birds are in completely in new attire.

In this 3D RPG video game, the players can build their team to save the world from the pigs.

If you want to not only play but experience the whole process of making games like Angry Birds, there no other place but MAAC KOLKATA.

The new Angry Birds Evolution brings the Rovio games to whole new level as now it resonates with the older audience too.

The eggs are in danger a one more time but, now we have a whole new set of Angry Birds trying to protect them from the piggies.

It is not that classy Angry Birds game that used to be played by people just few months ago but it gives a full time entertainment by just being available in your smart phones. It can be downloaded from Google Play and App Store.

There are about 90 different kinds of egg stealing pigs. One aspect of Angry Birds Evolution you might not expect is that it’s not geared toward kids, or at least there’s a conscious effort to make this one more “adult.” 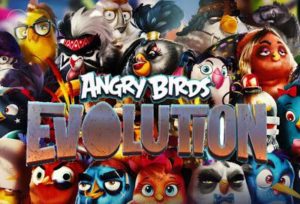 Ravio has introduced something new as the latest installment is a turn-based role-playing video game.

The core of the game is still the same but the mechanics have changed. It takes up about 500MB of space after installation.

The video game is divided into different chapters and each chapter puts up opponents with different skills in front of you.

This video game looks larger than life and this because of its landscape feature. You can adjust your camera angle for a better gaming experience.

The video game looks simple but requires strategizing in order to beat the pigs, which control the Island.

They have been given special powers which need to be controlled by the gamers. For a better experience, the gamer has to upgrade the birds.  Power-ups and special attacks add to the strategy as you pick your targets and try to eliminate them before they have a chance to do harm to your squad.

The Angry Birds are much angrier now and this is very genially reflected by the game developers.

As the new avatar of the birds, shows how much handwork has gone for the visual look of the game.

Games and any other field of animation are only successful when it appeals to the eyes of the audience and this does exactly that. 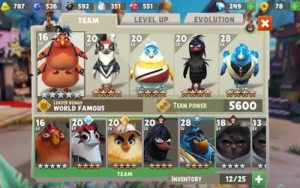 The game doesn’t ask you to learn a whole new way of doing things for multiplayer, and the matches usually tend to be fast and frantic.
In the video game, you will be given missions and will have to collect different characters. The New Angry Bird game is free and is also what’s fascinates the young people.

To improve the chances in the game, the players can also spend real money on gold coins. There are different packages available.

The new Angry Birds game has a lot to offer to its users but the only drawback is that it cannot be played offline.

Although many people say that the new game is full of references and adaptations, for example, there’s a Zelda reference and a Pulp Fiction reference too.

People around the world have different views and opinions about the new Angry Birds game. Some really like and enjoy it like the kids whereas some believe that it does not match the already set standards by the previous Angry Birds games.

That is what makes the gaming world so unique, it is filled with different opinions and these differences of opinions create new ideas and innovations.

MAAC KOLKATA is the place where we see such different minds brewing with new ideas.