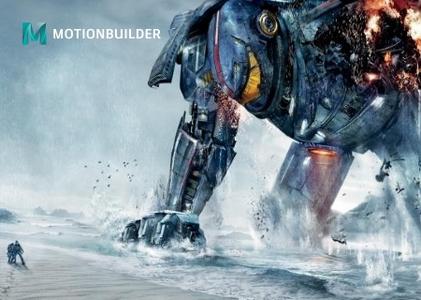 Today’s topic of discussion is MotionBuilder and its implementation in animation.

We know that MotionBuilder is the 3D character animation software produced by Autodesk.

Earlier MotionBuilder was named Filmbox when it was created by Canadian company Kaydara.

MotionBuilder is in heavy use for virtual cinematography, motion capture and traditional key-frame animation.

Makers of movies, games and television programmes uses MotionBuilder to a great extend. 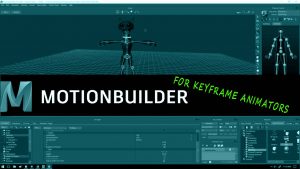 It has extensive toolset for managing complex character animation.

New features of MotionBuilder have focused mainly on physical dynamics calculation to enhance the realism of animation work.

The work process has become simplified in this software as CPU handles the mathematical calculations and artists handle creative works.

MotionBuilder software works with all types of motion including key-frame, captured and imported from variety of sources.

MotionBuilder is exclusively an animation tool; it does not handle modeling or special effects or high end rendering.

Its major features are facial and skeleton animation and support for motion capture devices.

It helps to edit data or details in motion capture pipelines for both films and games.

Python and C++ is the programming language of MotionBuilder.

MotionBuilder supports all the major motion-capture formats and allows the artist to work with real-world motion.

An artist can shoot CG scenes in virtual environment with MotionBuilder.

This software is great program for animators to create their dream project.

Utility Of MotionBuilder In Animation 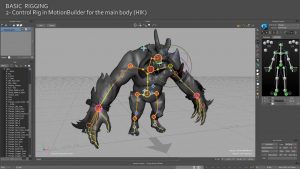 MotionBuilder provide tools to create realistic movement for a character.

To apply character animation; firstly select the skeleton for your character or creature;

Place the skeleton in T –Pose then adjust the character with mesh over it.

Now you will need to manipulate the joints movements by Control Rig Option.

MotionBuilder’s skeleton animation is the standard way to animate characters or any other mechanical objects for a prolonged time period.

Generally over 100 frames character animation is possible through skeleton animation. 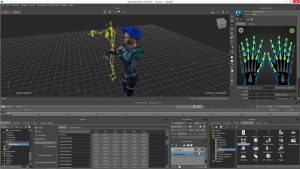 It comes with a standard in-built human skeleton which can be fitted to any existing model.

More over digital artist can build his/her own skeletons framework for other type of characters.

MotionBuilder’s skeleton animation allows the artist to represent the character in two parts:

First one surface representation where the character has skin or mesh and a hierarchical set of interconnected bones to animate the mesh.

Skeleton animation technique of MotionBuilder has made the animation process more intuitive.

It also facilitates the clean transfer of motion between characters.

Here animation is occurs by simple movements of the bones instead of vertex of polygonal mesh. 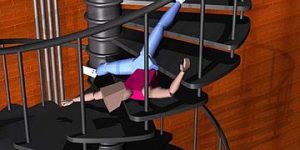 MotionBuilder comes with Ragdoll physics which is a type of physics engine procedural animation often used as a replacement for traditional static death animations in animated films or video games.

But with Ragdoll physics animators can easily develop the collection of multiple rigid bodies by skeleton animation system.

When a character dies the body begins to collapse and restrictions to each joint’s motion happens which looks realistic. 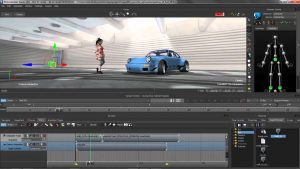 It allows animator to cut and stitch together different character animation movements.

For example the animator can edit the movement of the car and the girl in the timeline of MotionBuilder.

Smooth and natural transitions between the files are possible here.

MotionBuilder is Autodesk’s most powerful programs which enables artist to edit and play back complex character animations in interactive environments.

MotionBuilder allows Kinematics which has importance in game programming and 3D animation.

In Kinematics skeleton segments are connected with joints called kinematic chain; the above illustration is an example of this.

Kinematics is used to specify how the relative motion between the bones of a skeleton is calculated.

Animators use the combination of Inverse and Forward Kinematics to manipulate characters.

Animators can select and manipulate pivot points to affect individual bones using Forward Kinematics and can use Inverse Kinematics to move hierarchy of bones.

Movement of kinematic chain is modeled by the kinematics equations of the chain. 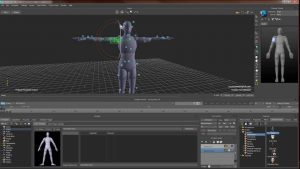 MotionBuilder is well known for its motion capture workflow and it is used to produce high-quality real-time visuals for movies at post-production stage.

A common problem in Mo-Cap application is that size of virtual character never matches with human being captured.

To overcome this MotionBuilder has developed technology to seamlessly transfer motion between characters of varied sizes.

To connect recorded motion data to a character one need to choose Actor Object; the character can move according to the motion data defined in the Actor’s Marker set.

By transferring the recorded data to character’s skeleton one can give animation to the digital character. 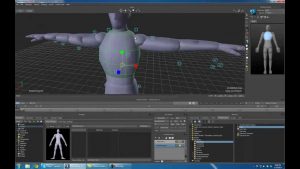 The above image shows the procedure of connecting a character to motion data.

Here animator creates a Marker Set, Connects the actor to a character and Plots Motion Data to the character.

MotionBuilder technology enables to store and reuse animation from any source including Key-framed animation; animation clips from one character can be applied to others.

This tool helps to create a higher-quality animation in a smaller time frame.

Phonemes can be joined to specific mouth shapes to get the animation in real-time.

No doubt that MotionBuilder is Autodesk’s best version of software; its feature simplifies the animation tasks for the professionals.