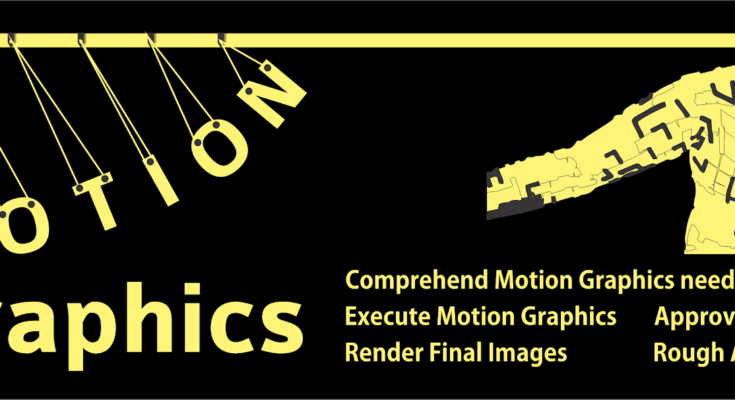 As we all know that Motion Graphic is nothing but digital illustrations with motion or rotation.

When the artist adds simple Motion to the Graphics it becomes Motion Graphics.

Motion Graphics are usually created with the computer.

Any form of experimental or abstract animation can be referred to as Motion Graphics.

Before the arrival of computers Motion Graphics were costly and time consuming and were mainly limited to high-budget filmmaking and Television Production.

Motion Graphics designers make use of various software tools to bring their vision or thoughts into visual contents. 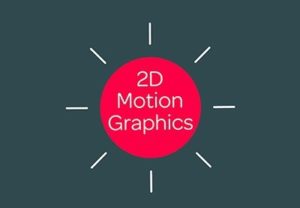 Motion Graphic gives dynamics and life into the static content.

In the above picture we can see few lines, one red circle and texts.

If we add motion to the lines, texts and the circle the picture will become more interesting and catchy.

Similarly 2D Motion Graphics is all about adding some movements to the simple Texts, or Geometric shapes.

By adding simple movement or animation into the Texts or Shapes motion graphic designer can convey the deeper meaning of the visual content.

But how and where the Motion Graphics can be used is totally up to the talent of the Graphic designer.

2D Motion Graphic enables the professionals and the independent artists to tell story without any limitations.

2D Motion Graphics can be created with software like Adobe Illustrator, After Effects along with other various type of software.

2D graphic software has endless menus of effects and tools to create illustrations.

Digital method of creating Motion Graphics helps to minimize production costs and nice result could be achieved with less effort.

Creating digital 2D motion graphics need the knowledge and skills to handle software tools and the power of imagination and creativity. 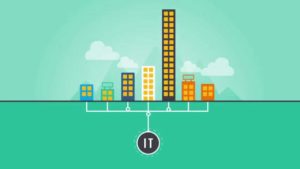 In the above picture we see that how buildings have been drawn using simple rectangle and square shapes.

A good motion graphic can engage the viewer through beautiful animation and powerful narratives. 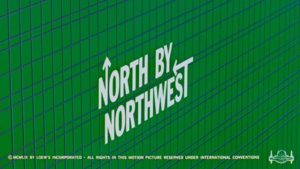 Early movies like Anatomy of a murder, North by Northwest, Psycho and Vertigo has used 2D motion graphics in the title sequences.

You can find Title sequence/Credit sequence at the beginning and the end of the movie packed with 2D motion graphics. 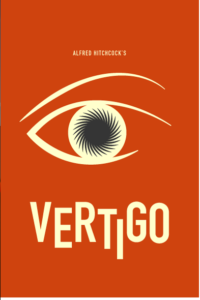 The above picture shows the title card of movie Vertigo by director Alfred Hitchcock.

Here the texts are stylized and the eye has been drawn with single stroke of 3 lines.

They can make the audience laugh, cry and learn; so they are very useful for brands.

You can find numerous examples of 2D motion graphics in online platform also. 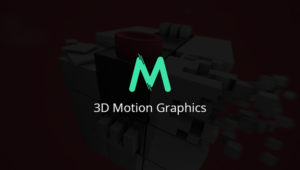 Presently Graphic artist are not stick to only 2D motion graphics; they are exploring and utilizing 3D graphics at various platforms of media.

Artists are working on variety of styles, stories and subjects of 3D motion graphics.

It is more creative than simple flat images.

Similar to 2D motion graphics; 3D graphics too provides information while guiding the reader through a story in some way. 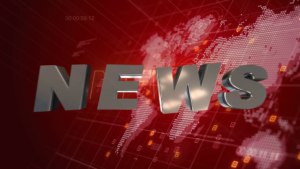 The Depth; 3D visuals are three dimensional; they are not flat as 2D Graphics.

In the above picture we can see that the letter NEWS has a depth effect; it is not flat.

The depth effect makes the visuals more realistic and close to the reality.

3D graphics takes long hour to render as it has more digital information compared to 2D.

New Mash module in Maya is mainly designed for motion graphics with lots of nodes for complex movements and seamless exports.

In 3D every shape is created with many adjoining points which give the effect of wholeness to the shapes. 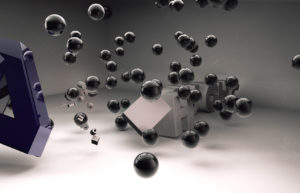 Lighting Effects is very important in 3D where the artist has to deal with refractive and reflective surfaces of the graphics.

Which portion of the text will have more light, where the shadow will be more effective all this comes under the Lighting Effects.

Lighting Effect lacks in 2D as because the graphic is flat in this platform.

Many movies, television commercials use 3D motion graphics; it has become very popular now as it creates virtual world with fantasy.

Animated 3D texts with its depths and shadows is more attractive then the flat text. 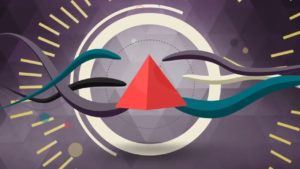 The above picture is the example of 2D and 3D motion graphics.

It is not that 2D motion graphics are not used anymore but graphic artists are opting more for 3D graphics today due to various reasons.

3D enables the artists to explore with color, text, light and shape.

With the advancement of technology and improvement of Internet bandwidth high quality and high resolution motion graphics are becoming more in use now.

Using good motion graphics you can draw many visitors to your website.

Motion Graphics engages not only eyes but ears too.

This will give new and interesting experiences to the viewers.