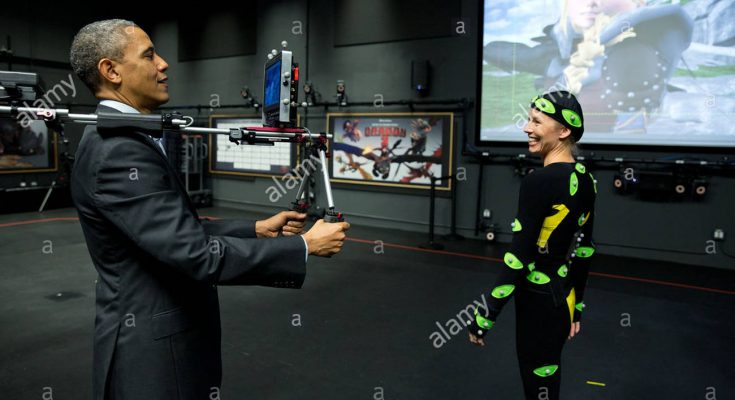 Motion capture one can film or photograph some one live and then convert it to digital form.

Lets understand the various aspect of Motion capture how it works

To capture motion mocap specialist place sensors all over the actor.

These sensors track and record the movement of the actor. 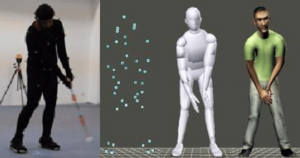 In a way they could be mapped on a virtual screen.

Animators use computer programs to overlay information on top of movements which creates an effective set for the movements.

It is a process of tracing live action footage to make an animated film.

Motion capture is defines as a process of recording the movement of objects or people or individual.

It is not only used in entertainment industry, but also in industries, military sports, medical application, computer vision and robotics.

As mentioned it is a technique of recording the movement of object or people.

In film making and video game development the term is used as a process of recording the movement of human characters. 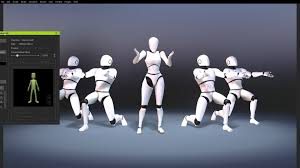 This information is used to animate digital models in 2d and 3d animation.

When it is a matter of recording facial expression it is referred to as performance capture.

In many fields motion capture is sometimes known as motion tracking.

In filmmaking and games motion tracking is referred to as match moving.

During motion capture sessions movement of the actors are sampled many times a second. 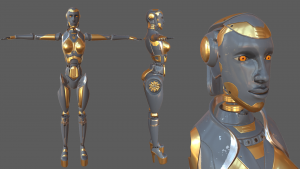 Earlier images were used from different cameras were used to calculate the possible 3d position of the characters. 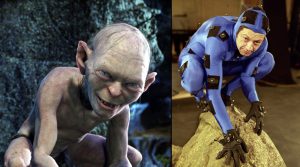 The animation data is mapped in a 3d model so the model carry out the same action of the actor.

This process is generally compared with the process of rotoscoping that we see in Ralph Bakshi ‘’ The Lord of Rings ’’ and ‘’American Pop’’etc. 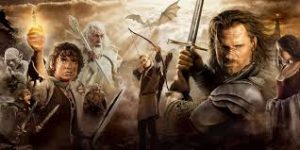 This process generally works by tracing a live action actor , recording the movement and motion of the actor.

Animators just trace the live action footage on animation cels and the recorded film is projected on animation table frame by frame.

The live action footage is traced into animation cels thereby capturing the actors outline and motion frame by frame.

Then the traced outline is filled with animated character.

The finished animation cels are photographed frame to frame, exactly coordinating with the movement and action of live action footage

Motion capturing may also be done with the help of camera movement.

If a virtual camera is placed in the scene where the actor is performing, the camera will tilt , pan or dolly round the stage by the camera movement.

Simultaneously the motion capture system may capture the camera and prop as well as the performance of the actor.

This in a way allow the computer generated characters images and set to have the same outlook as the video images from the camera.

A computer processes the data and digitally the movement of the actor can be observed.

It gives an animator the idea of camera position in terms of objects.

A computer processes the data and digitally the movement of the actor can be observed.

It gives an animator the idea of camera position in terms of objects.

1.Due to low latency , it is not at all time consuming. In entertainment application it reduces the cost of key framed animation.

2.In mocap animation the work load doesn’t vary with the complexity or length of performance.

In a way many experiments could be done with different styles and deliveries giving a different personality only limited by the talent of the actor. 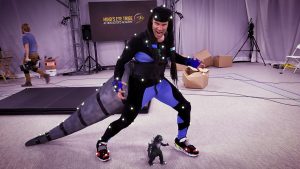 3. Various type of complex movement and realistic physical interaction such as secondary motion, weight and exchanging of forces could be done in an appropriate manner.

4.The amount of animation data that is produced is extremely in large amount as compared to old animation technique.

This in a way economic and it is produced in the limited time keeping in mind the deadline pressure. 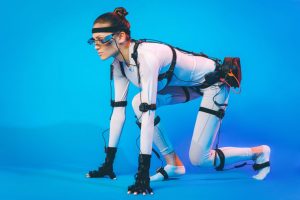 There are also some limitation in mocap animation techniques.

2.The capture system in mocap animation may require huge space depending on camera field of view.

3.When any problem occurs it is more easy to shot the scene once more rather than manipulating data.

4.In motion capture animation movement that doesn’t follow the law of physics cannot be captured

5.Some times artifacts occur if the computer model has different proportion from capture subjects.

If a cartoon character has large hands it may intersect with the characters body if the human performer is not careful with their movement.

Motion capture was generally initiated as a photogrammetry analysis tool in biomechanics research.

Now it has expanded in education,training, sports, and compter animation.

The performer has to wear markers near each and every joint to locate the motion by position or angles between the markers.

Acoustic,inertial, LED, magnetic, or reflective markers or any of these are combined optimally.

The combination is two times the frequency rate of the desired motion.

Since rapid progress of technology in the 21st century new techniques have developed.

Mordern system can extract shilhoutte from the background.

In 1915 Max Fleisher invented the technique of rotoscoping and laid the foundation of mocap technology.

Motion capture is a technology that blends real life with animation allowing one to film someone live and then transfer them to digital form.

In Hollywood movies motion capture was used to create Snow White in Snow white and Seven Dwarfs, the first ever animated theatrical film. 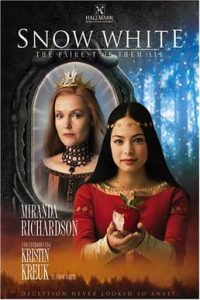 To conclude motion capture being a much quicker process than the traditional systems currently artists enjoy’s more creative freedom when deadlines are no longer a problem.

Thus it will help the Indian film industry diversify into as yet untapped forms of storytelling through film.

The tools by which we handle motion capture are be coming better, cheaper easier to use.

There is a famous opinion that motion capture may not replace manual animation but it may make animation more accessable to newcomers and zero budget users.