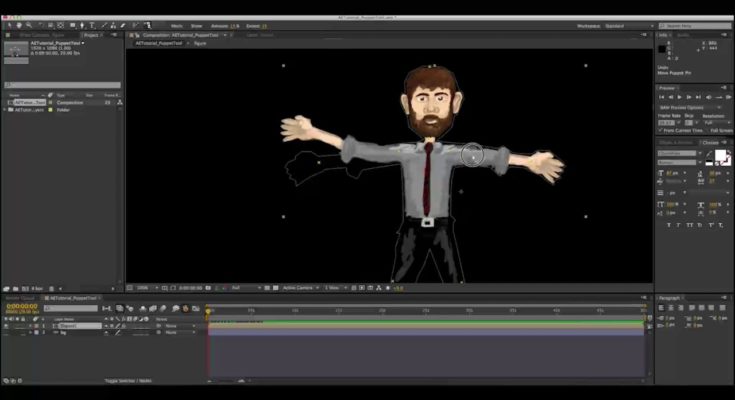 Today in this blog our topic is on for puppet animation techniques.

Puppets in the shape of human, animal or mythical figure have entertained us from many years.

Before the invention of television, cinema or computers; puppets made up of clothes or woods were the dominant in the entertainment field.

Puppets are usually controlled by puppeteer with hands, rods or strings.

A human puppet can move its arms, head, mouth and each of its body parts very similar to the real human movement. 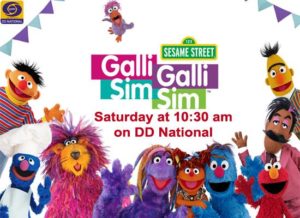 One of the most popular puppet shows on Indian Doordarshan Channel was Galli-Galli Sim Sim; it was a live-action show to entertain the kids.

Here our focus will be mainly on puppets created with the help of computers. 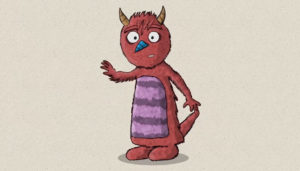 Computer generated puppetry is an art form where characters are given the puppet like movements through animation.

In puppet animation figures are animated in real time rather than animating them frame by frame.

Puppet animation is also known as digital puppetry and it is related to motion capture technology and skeleton animation.

Through digital puppetry the static character gets the movement like any puppet.

With the launch of affordable software sketching puppet in the computer platform is no more big deal.

Individual artists and professionals can build; animate puppets of their choice using the software for entertainment or educational purpose.

Software like Adobe Character Animator, After Effects is widely used for animating puppets.

Generally puppets are given movement by tugging its strings.

But in case of Adobe After Effects artist uses pins instead of strings to animate the puppet.

Adobe After Effects has Puppet Tool to add life to the puppets.

You can use Adobe Character Animator software also for puppet animation.

The software comes with large variety of character options; the artist can choose any character from the library whether monster, alien, animal or human.

To start with first the animator has to draw a character on the illustrator or he can also import the desired character using Import Option.

Once the image is imported into the Timeline; animator can make use of Puppet Pin Tool.

By selecting puppet pin tool artist can change the shape of an image.

Puppet Pin Tool is made specially to give puppet like animation to the characters.

This tool helps to place series of deform points to create animation effect.

It can be used to animate from close up of a face to full body character.

This tool can make the puppet walk, use stairs or ride. 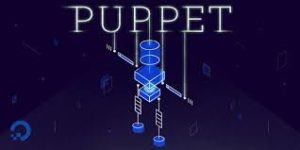 Each body part of the character should be in different layer so that each body part can be animated using the tool independently.

In the above picture you will find small white dots which are actually pins that act as strings to animate the figure.

Whenever you will click on the image with puppet tool you will insert a ‘pin’ which will act as a joint.

By moving the pins manually we can achieve the position we want.

These pins decide which part of the image will move and which will not.

Suppose the artist wants to move the arm then he/she has to place the pin just below or above the original position of the arm.

To move the head of the male figure in left or right direction you can insert pin at any point near the original position of the head.

Similarly legs can be moved independently; Puppet Pin Tool allows the independent movement of the body parts just like the string puppets.

The speed of the movement can also be controlled here. 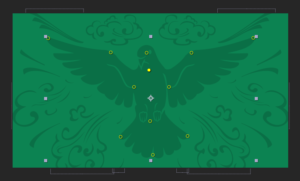 Look at this picture; here we have a background image of a bird which we want to animate in puppet style.

The image of the bird has yellow colored pins at the key points on its body to give it flying movements.

The small white square boxes are the default initial key-frames for the pins.

The pins on the wings will give the effect of as if the bird is spreading its wings to fly.

Before giving movement to the puppets the animator should have clear concept in his/her mind about what he/she want to achieve from the start to finish.

By following the storyboard properly the animator can avoid the mistakes in adding or subtracting pins.

To create give complex movement to a puppet; sketch of the animation should be ready beforehand.

Once you are happy with the movement of your puppet you can move forward to add other objects into the image. 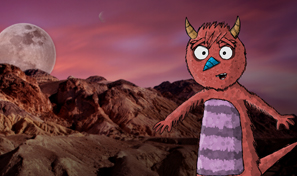 You are free to place you puppet at any background of your choice to give appropriate meaning to the visual.

Puppet Pin Tool can animate the nose, eyeball, tail and the horns of the monster easily along with its other body parts.

Deciding upon the right animation technique for every situation helps the animators to work efficiently. 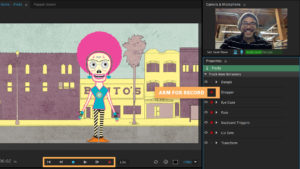 For the facial expressions of the puppet, animators can add their own expressions and movements to animate the puppet in real-time.

In the above picture we can see that the puppet is changing its mouth according to the way the animator is doing.

So if you smile or nod your face your puppet will follow your actions. 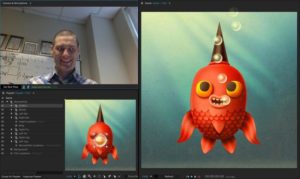 Here is another picture on how a fish is moving its mouth according to the animator’s mouth movement.

The animating software has camera and microphone option to record the action of the animator and then to transfer it on to the puppet.

Through motion capture technique movement of the animator can be match with the digital puppet in real time.

We can get a pretty good compiled puppet by using all the tools and features of the puppet animation software.

Digital Puppets are efficient to convey the complex messages to the audiences hence they are making their presence in various media platforms.