Today in this blog; dear readers we will talk about Pixar’s new RIS RenderMan.

Pixar is popular and famous animation studio located at California.

Pixar RenderMan is a 3D rendering software which can produce photorealistic images.

Pixar uses RenderMan to render high quality images and it is available as a commercial product in the market.

One can also download free non-commercial version of RenderMan.

With its high quality technology Pixar has delivered wonderful movies like Toy Story, Incredibles, Finding Nemo and the list goes on. 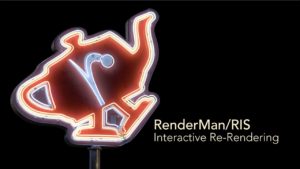 Pixar’s RenderMan RIS is a new rendering mode which is fast and easy to deliver quality photorealistic images.

This has been released at SIGGRAPH 2014 in the month of August in Vancouver.

New RIS RenderMan has ray-tracing feature along with traditional features.

Ray-tracing generates an image by tracing the path of light as pixels on the image plane.

It offers progressive refinement; great photorealism and the faster computation are the goal of ray-tracing.

RIS RenderMan has been launched into 19th version of the software.

This is compatible with 64-bit operating systems, Mac OS, Windows and Linux.

RIS provides highly effective methods for creating the transport of light through multiple state of the art algorithms. 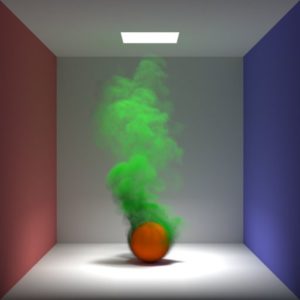 The indirect illumination rays in this picture originate from an interaction with the Cornell box and not the volume.

Rendering technology has constantly evolved during the past years and with new RIS RenderMan Pixar can deliver additional rendering methods.

He further said that the team has tested this RIS RenderMan on their latest movie and they are completely impressed by the speed and rendering process.

As a VFX tool RenderMan is widely used in motion pictures and televisions.

Pixar made available free non-commercial RenderMan without any functional limitations or time restrictions.

Non-commercial RenderMan is available freely to students, institutions, developers, researchers and for personal use.

The current version of RenderMan cost $495 per license for commercial use. 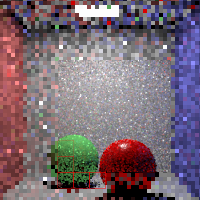 In RIS RenderMan; renderer is responsible for sampling pixels and constructing images.

The renderer is capable of generating multiple images at the same time to highlight various geometric features. 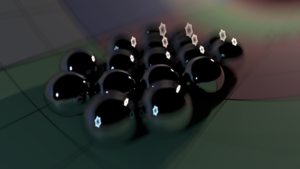 Once the image is placed on the 2D positions, the camera projection turns it into 3D rays in camera space.

Projections like sphere, cylinder and torus can be used to render maps and panoramic images. 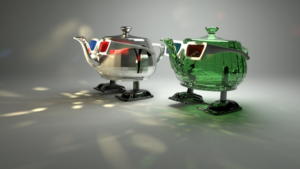 Integrators takes up the camera rays from the projection and gives back shaded results to the renderer.

In RIS mode each traced ray is checked for intersection against the geometry in the scene.

One can add detail to any surface using displacement or blurred away. 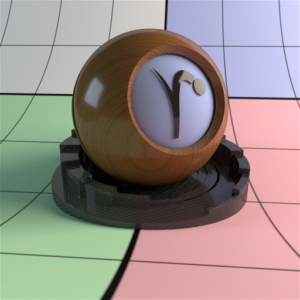 In RIS each piece of geometry has single attached Bxdf or shader that determines gross material type by finding in which directions it most strongly reflects lights.

It has production-ready layering model material and special material for skin, glass, hair. 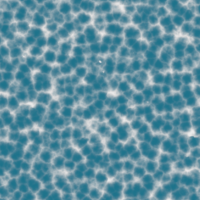 In RIS mode; material shaders controls the gross appearance of an object while pattern controls the detail by altering the frameworks of the shaders across a surface.

Patterns connect with shaders and to each other to build up complex shading networks. 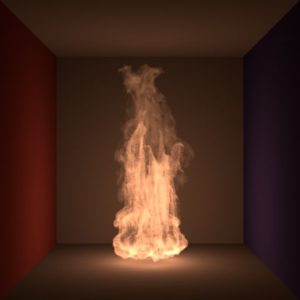 Lighting in RIS is done via geometric area light system.

Every illumination in the above scene is provided by the volume there is no their light source in the scene.

RIS Is For Shiny Objects 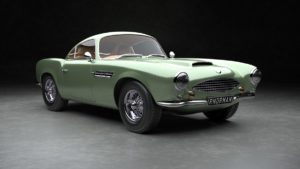 To generate beautiful, shiny car shots RIS is ideal whereas for complex hair or furry animated creatures REYES is suitable.

RIS RenderMan is good for modeling.

REYES is also a rendering software used to be in old RenderMan version.

Pixar’s animated team favored RIS during the making of Wall-E and favored or utilized REYES to make Ratatouille.

RIS is suitable for shiny projects; its ray tracing-path tracing feature is developed for that.

The choice of renderers gets influenced by many things like render farm budgets, required memory size etc.

This new RIS is very fast, stable and simple to use.

RIS has speed up the look development process remarkably.

For Eugene Riecansky Creative Director at Rockstar award winning studio this new version is a game changer and he is thrilled to use it.

Pixar has done wonderful performance with RIS for RenderMan version.

One can set a character in a shot fully knowing that the nature of the shaders won’t change with lighting.

New RIS RenderMan is 10x faster than the old version in various situations.

Pixar’s RIS RenderMan is a great help for the VFX artists; it makes their work much easy.

For further knowledge about RenderMan ask our professionals at MAAC Kolkata.