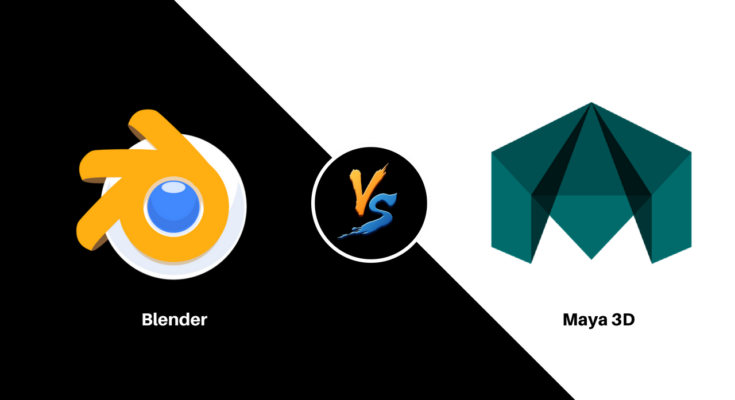 Today in this blog we will discuss on which is a better as a software Blender and Maya.

Both Blender and Maya is a 3D Computer Graphics Software and are available on Windows, Mac OS and Linux.

Blender is available freely whereas Maya is a licensed product.

Maya and Blender have their own properties and limitations.

Both of them are used for creating animated movies, visual effects, 3D models and video games.

They have helped the professional as well as independent filmmakers in creating their master pieces.

Let’s take a look on both the software individually one by one.

It has various tools for modeling and animation.

An artist can create 3D models in various formats and then animate those models by using animation tools.

It is well-known for very detailed and realistic characters development.

Maya is widely used in the film industry from the time of 2000 film Dinosaur.

It has been used in the films like Spider-Man, Ice Age, Lord of the Rings and many more.

Maya’s software interface is customizable; skilled developers can take their productivity to a higher level.

Developers or artists can easily access to Maya Embedded Language (MEL) which can customize the interface by writing down scripts. 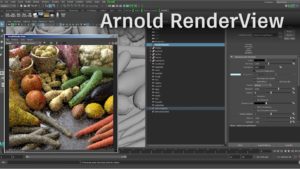 Arnold Renderer helps to render high-quality images quickly and efficiently so that artists can spend more time in creation and less time on rendering.

Maya has powerful toolkit to sculpt the intricate right expressions.

It can open multi projects at the same time.

Maya supports ‘Mash’ which is a node-based tool for Motion Graphics.

Maya is heavily used in Film and Television medium by professionals to produce stunning visuals for promotional television commercials to complex animations.

Video Games companies uses modeling tools of Maya to create realistic environment within the games; 3D human figures can be developed easily with this software.

Car designing companies also make use of Maya software to create car models with detailed shape plans; interior of the car components can be shared and reviewed by clients with the help of this software.

Definitely Maya has certain components which are far superior to Blender but that doesn’t means Blender is despicable.

Before selecting between Maya or Blender the artist should consider the project requirement, budget and the skills of the modelers. 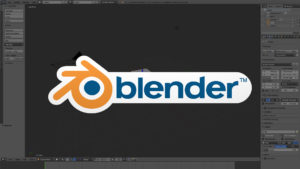 Blender was started as in –house tool for NeoGeo, a Dutch commercial animation company; it has been already used for television commercials in various parts of the world. 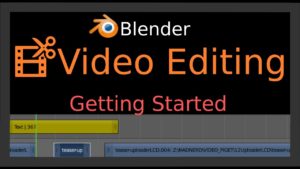 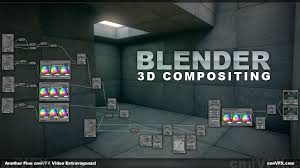 Blender comes with in-built compositor which allows the artist to do everything within the program without exporting to third party programs.

Blender Compositor has splendid library of nodes for creating camera effects, color grading and much more.

Full compositing with images and video files is possible through Blender’s Compositor feature.

Hollywood directors have used Blender to produce stunning VFX for the movies and television series.

Other than video editing and compositing; Blender has Python scripting for tool creation, import/export from other formats and task automation.

Python scripting is an object oriented programming language which helps in adding functionalities. 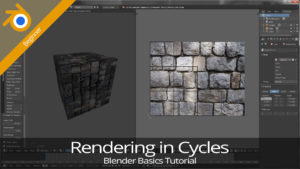 Blender Is Under The Shadow Of Maya 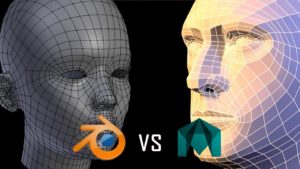 Blender is ideal for small-scale studios or for freelancers or hobbyists.

In the battle between Maya and Blender; Maya wins according to the users because its interface is more clear and standard.

User Interface of Maya is simple and effective on many forums.

Maya is easy to learn as it has expressive tools whereas Blender is a bit difficult to grasp.

To create 3D model; the artist must select the most user friendly 3D modeling software between Maya or Blender; because if the software is not user friendly then lot of time will go waste in searching process.

Maya as a licensed product has lesser bugs whereas Blender is more bug-prone and needs infixes with each version.

Blender is popular among interior design and architecture students because of its amazing tools for texturing and lighting whereas Maya is meant for video games development as it has lot of option for environment creation.

Hence both Maya and Blender are equally good as a 3D application.

Get in touch with us to know more about Maya and Blender.