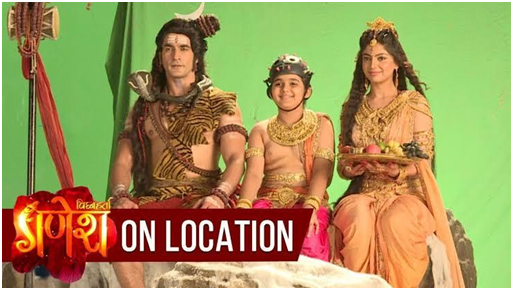 In Indian television there has been a considerable increase in the usage of motion capture, animation and visual effects, over the years.

It can be termed as a booming trend, as a result of which mythological, epic and fantasy series have become more popular, and are enjoying great viewership.

In almost every channel, we could see those serials which include top notch effects and animation too.

It replaced Sankatmochan Mahabali Hanuman, which was telecasted on Sony at 8:00 p.m. every Monday to Friday.

Sankatmochan Mahabali Hanuman has been a great hit and received good ratings.

So, replacing it with another mythological series was a great challenge.

But, Contiloe Pictures and Sony Entertainment Television have made great attempts, in terms of effects, to make it even more brilliant.

The series- Vighnaharta Ganesha- showcases the journey of the deity Lord Ganesha.

It is produced by Abhimanyu Singh. And it is dubbed in two other regional languages, i.e., in Tamil on Sun TV as Vinayagar and in Malayalam on Surya TV as Mahaganapathi. 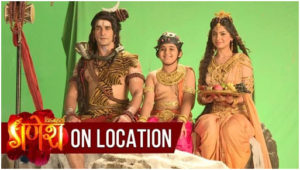 Now coming to the effects  and animation of which is used on this mythological serial is gaining attention and popularity.

As the makers have used the Motion Capture and Animatronics technology, which is said to be used in the Indian television for the first time.

This technique has been extensively utilised in Hollywood and now we can see the use of this amazing technique in the Indian serials too.

As a result of using the Motion Capture and Animatronics, we can see a detailed life-like movement and facial expressions of Lord Ganesha.

Instead of the traditional depiction of Lord Ganesha inert mask which did not showed any kind of detailing and expression and did not looked real at all.

While it may look easy to wear a helmet and a head mounted camera and shoot, but in reality this motion capture  animation technique involves a great deal of complexity.

In Hollywood movies like Avatar, Planet of the Apes, The adventures of Tintin and few other movies, we have seen some amazing level of work using motion capture. 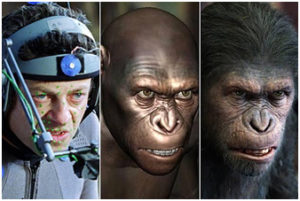 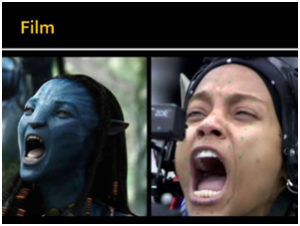 To execute this technology, a great deal of research, training and proficient execution is required, and it is a matter of courageous attempt to accomplish it on a TV show.

Abhimanyu Singh of Contiloe Pictures has taken up this challenge for the mythological series Vighnaharta Ganesha to showcase Lord Ganesha in a form never shown before.

According to Abhimanyu Singh, previously Lord Ganesha had been shown with makeup done to convert the human face into an elephant-face, which looked odd.

And that is why they used the Motion Capture Technology to explore the more natural and detailed transformation of a human face to that of Lord Ganesha another animation technique. 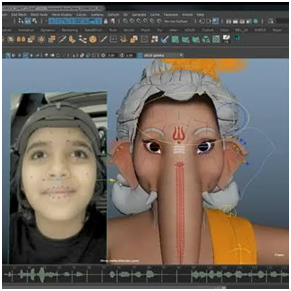 From the 19th episode (of 15th September 2017) of the serial, we could see the new head of Ganapati with the elephant’s face, created by using facial Motion Capture.

At first the boy who plays the character of Lord Ganesha act at the shoot, then the footage is sent to the VFX Artists along with a sample script to understand the scene and the expressions required.

The actor has to wear a facial Motion Capture helmet with the head mounted camera system and is connected to a wireless receiver through a wireless transmitter.

The wireless receiver is connected to the recorder and monitor present with the VFX Artists.

They see the whole performance and gets the idea of the framing. After checking everything, they move on to recording. 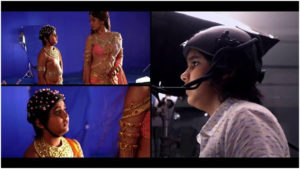 After the final shot is edited, the data is extracted for transferring it to 3D using the Faceware Proprietary Software.

Then the recorded data is put on the Computer Generated face of Lord Ganesha.

To create a 20 minute episode, a full day is required for recording in Motion Capture. And the per shot processing take a longer time.

Then the Motion Capture data is applied on a 3D CG model of Ganesha, which is kept ready by the VFX Artists.

Through Motion Capture, only the expression of the eyes, lips and cheeks can be achieved.

The Artists have kept in handy a library of emotions for the CG model of Ganesha as it is a time consuming matter of generating expressions. 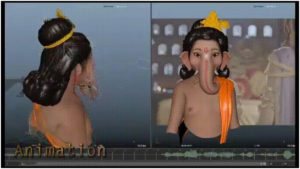 The other element of the face like the movement of the trunk is done manually through Animatronics and Prosthetics.

Animatronics is a technique of creating and administering realistic robots.

This technique is generally used to bring life-like attributes to otherwise inanimate objects.

Technically it is a very challenging task to translate human emotions in an elephant’s face.

Around 40 VFX Artists are working on the head of Ganesha and deliver in great quantity of work and maintaining it’s quality.

And as the principal character of the show requires Motion Capture, so a substantial number of people are required to accomplish the job and deliver it in a short time.

In this magnum opus we could see an outstanding star-cast including Usair Basir as Lord Ganesha, Malkhan Singh as Lord Shiva, Akanksha Puri as Devi Parvati and Basant Bhatt as Kartikeya and Anand Garodia as Narada Muni. 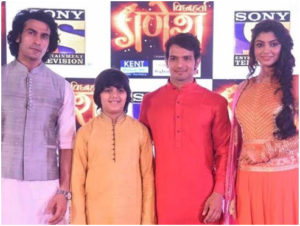 Uzair Basir deserves a special round of applauds for playing the character flawlessly with the helmet and head mounted camera.

Basir’s hard work, cooperation and understanding of the technology have been a strong reason for successful execution of Motion Capture and Animatronics.

We could guess the huge budget requirement of the series.

As mentioned earlier- for the head of Ganesha 40 people are working on it- this might give the idea of the amount of time, efforts and resources required to induce life in the character of Ganesha.

Vighnaharta Ganesha is a milestone in the use of special effects and Animation in the Indian Television Industry.

Contiloe Pictures have ensured to enhance the visual experience of the audience through latest technologies.

So, we can say, Vighnaharta Ganesha is breaking stereotypes and barriers and setting up trends that would inspire Indian production houses to experiment more and use latest technologies like Motion Capture in TV series.

Scope in the said field is immense.