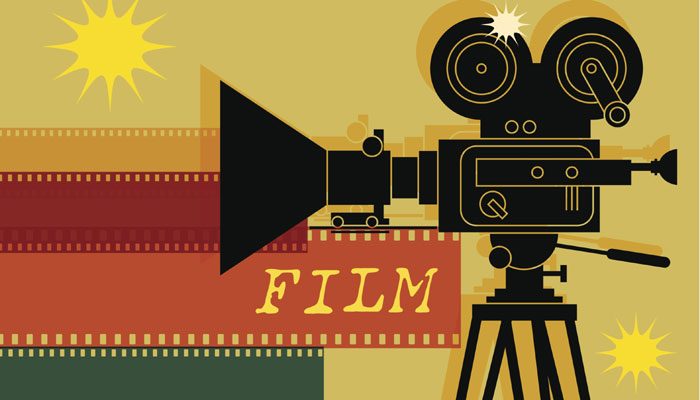 In this blog today we will elaborate on three important stages of filmmaking which are Pre Production, Production and Post-Production.

All the steps of filmmaking have been categorized under three basic stages i.e Pre Production, Production and Post-Production.

Every big and small budget films goes through these three basic stages of filmmaking. 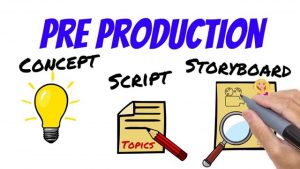 For any kind of film planning comes at the initial step.

Pre-Production is the preparation and planning stage of filmmaking.

Storyboard contains every sketch of shot so that cinematographer can know the position of character, camera angle, shot size and composition.

Script and storyboard are the most intellectual part of filmmaking without it filmmaker cannot proceed.

As characters play main role in any films so finding suitable characters comes just after finalization of script.

Getting right character according to the script means half the job done.

Location hunting is the next step, director looks for natural locations to make their story live.

Laborious work goes into finding location and getting permission for shooting purpose from the government or private authority.

Planning budget is vital in this stage; it gives idea about the cost factor of the whole film.

Filmmakers generally stick to the budget and avoid unnecessary expenses.

Once shooting dates are fixed work becomes extremely focused on sticking to budgets and shooting schedule.

Pre-production stage may last many months as tasks like costume collection, set design, shooting schedule, preparation of budget, equipment list gets finalized in this stage only. 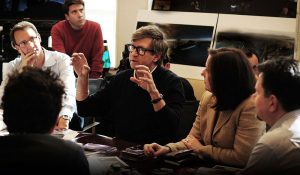 The director shares his vision with every crew member of his team.

In this stage everything is planned and organized before the final shooting begins and it is important for all members of the crew.

Negligence at pre-production can lead to bad output. 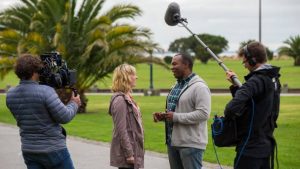 This is the stage where actual shooting takes place.

Production is the second step of filmmaking where the creative ideas are captured in film one day at a time.

The film crew works extremely hard during hectic shooting hours of this stage.

This stage shows the talent of cinematographer; good shots with good acting are everything for shooting phase.

As the crew members get ready with the equipments the actor do their costume and make-up.

Actors rehearse the script with the director before the camera rolls.

Sometimes the actor need to give many takes to make the shot perfect. 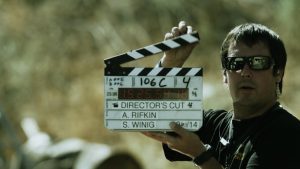 A take gets over when a director calls ‘cut’.

Once the director is satisfied with the take, the crew moves to the next camera angle or setup, in this way the whole scene is captured.

In this production stage cinematographer can use crane, dolly or helicopter to capture the shots from different angles.

At the end of the day director, crew and actors gather to watch the captured footage and review their work.

For the next day shooting director approves the shooting schedule and daily progress report is maintained by the production assistant. 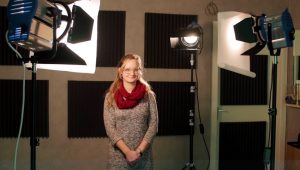 Three point lighting setup is necessary during indoor shooting more than outdoor at this stage.

This lighting technique includes Key, Fill and Back lighting which helps to illuminate subject of the shot.

Lighting also enables to set the mood of the scene.

For outdoor shots sun often serves as a key light and the shots are arranged accordingly to capture the best sunlight.

In case of shooting film songs, actors act according to the pre-recorded songs on the set.

Film crew may have to travel a lot to different places as per the requirement of the script.

Shooting period of a film varies from one month to more than one year in such case co-ordination among crew members are maintained by the director. 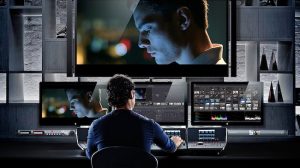 This is the final and third stage of filmmaking process where film footage is edited using professional high-quality editing software.

A professional editor sits with the director to juxtapose seamlessly all the good shots of the film.

A good editor is also a good director as he knows what shot to select and how to use it.

Through post-production the intention of the movie can be changed.

On the editing desk the editor prepares the timeline of the selected shots, lays the dialogue tracks, music tracks and adds color correction or visual effects if needed.

Computer generated VFX or Visual Effects are added to the shots in this stage by skilled artists.

This stage usually takes longer time as the editor handles hundreds or thousands of raw footages.

During editing the editors can add sound effects to enhance audio quality; sound artists can recreate the realistic sound in the studio using props for better audio experience. 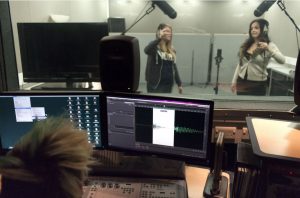 If the director wants to create crowd noise for a scene then he/she can bring background actors during post-production to record the noise part.

Post-production is the final stage after this a film is move out to the distribution phase.

Filmmaking is an adventurous team work where many experts from different production department join hands to bring the dream world on the screen.

If you are planning to make a film then don’t forget to follow the three basic stages of filmmaking or Join MAAC to learn more about Stages of Filmmaking.