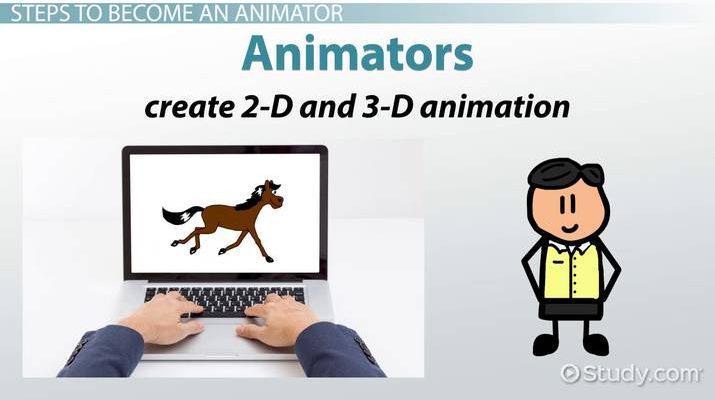 In the world of animation, two types of animator are there , 2D animator and 3D animator.

They do the similar job but there technique are totally different.

Both suggest and create new ideas, ways and means usually to a team, complete a lot of research to ensure their ideas look original, feel original and more engaging, then finally render them on paper, or use computer software to create something new for people.

But, that’s where the similarities end. Both are totally different things with their minute detailing’s. 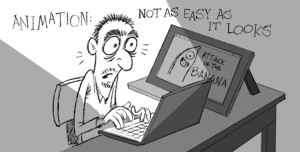 Among all these skills drawing skills are a must if we need to get in to 2D animation.

Whereas when we talk of 3D animation drawing skills are not mandatory at all.

In recent years with all those innovations and technological advancements,2D as well as 3D animation has taken the entertainment world by storm.

There are specific skills and talents that a 2D and 3D animator needs to master before they can excel and master this craft.

Basically the majority of the skills which are needed can be developed to build a successful career in this growing industry.

In simplest terms, 2D animator create flat and plain images, which have width and height but no depth at all.

3D animator on the other hand are more realistic because of the addition of depth. 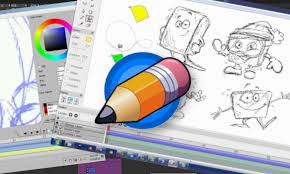 Adding depth creates more life-like characters, and it is much easier for 3D animators to make changes to a scene because they can move or transfer an object more easily whereas in 2D animation, the animator must draw the scene first.

So the drawing skills are a must if you need to get into 2D animation which is not the case with 3D animation.

So we need to change it all over again if any modifications are needed to be added..

Animators work in the movie, film industry as well as television industry as these are the best growing places to show their creative talents.

3D animator needs to create different types of moving images using digital models and add a lot of details to the pictures, such as landscapes, skin colour, skin texture or clothing to make it look more realistic. 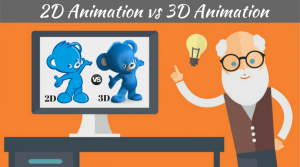 Some artists often take the option of self-employment, and some go for specializations.

To create 3D animation, an animator create different photographs of an actress or actors movements and then use computer software like Maya, Motion Builder, Mudbox,and more, to convert them into different animated characters. 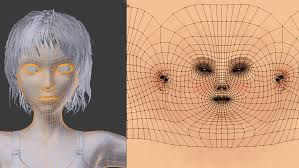 Some 3D animator choose to specialize with scenery or background development in the movie and television industry, while others decide to become video game developer, developers who are responsible for creating the entire look, feel, and functionality of a game, along with creating the 3D animation.

In 2D animation, the first key pose is drawn, and then the rest of the key poses follow that to get the final result.

This concept is one of the first big differences between the two types of animation techniques.

It happens because we are working in a 3D environment, all the parts of the character are always there.

While in 2D we just draw whatever is visible and seen and the rest does not exist at all. 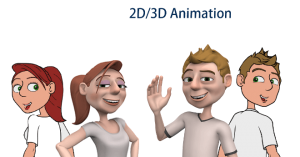 This concept on the other hand gives a small advantage to 3D animation, because since the character is in a 3D space, we can change the camera after we have animated the scene.

In 2D, if we change the angle of the shot we need to redraw the whole sequence, because the character has been drawn from a certain angle.

In 3D animation camera angle is of utmost importance compared to 2D animation.

Another major difference between 2D and 3D animation is the frame rate.

The  24 frames per second thing works best with movies. That means that there is a drawing which needs to be done in each and every frame, 24 times a second.

That actually is lot of work but when there is no big fast movement we can often settle for 1 drawing and make it last for 2 frames.

So there are actually 12 drawings per second. This is called “working on 2’s”, because in this way we are making a change, or a new drawing, every two frames. 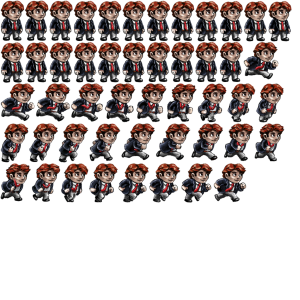 We see that a lot in the Japanese animation and stop motion where they have shown holding and using the same drawings for many frames and use it beautifully and more artistically. 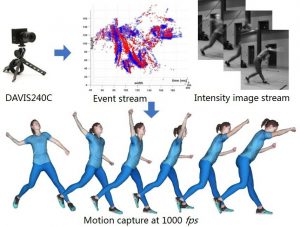 In 3D though, it does not really work in the same manner. When a 3D character does not move at all even for 1 single frame, it seems wrong.

It seems as if nothing is happening. This makes it more challenging to do in 3D animation where we do a moving hold.

A moving hold is used whenever and wherever we need a character to do nothing, but still feel like they are alive and moving and look real.

While in 2D and stop motion we can settle and finalize a drawing at every 3-5 frames, and not move it at all for a few seconds, in 3D we always have to keep the character moving to make it look real.

This is a tricky quality and too hard to measure, but we can make a general assessment and reading by looking at the current trends.

3D animators are in huge demand in the field of video games, films, and different types of product presentations, and virtual reality as these are the places to show their talents.

Whereas 2D animator work best in television shows, mobile and PC applications,along with that we can also see their works on websites, and commercials.

Both 2D and 3D are used prominently in all of the above mentioned visual mediums based on their usage and look.

The term quality is a very subjective term, so everyone will have their own take on which style gives them the better quality.

There is a huge difference between 2D animation and 3D. When we are showing graphics we need more realism so 3D works the best in this scenario. But when we know that we need more details or other visuals we may like to go for 2D animation.

In the end, the quality will depend entirely on the impression of the content and not on which content was used to create it. 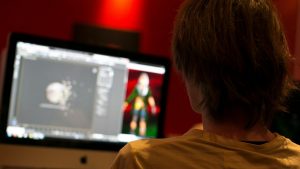 Animation, like any other creative art, requires several things to be successful like patience, talent, team player, disciple, and a willingness to work hard.

Not only do we need to learn various techniques and software programs but also need creativity and inspiration.

Knowing everything about animation and its basics doesn’t matter but if we lack the imagination needed to create characters, stories, and worlds then people will not be charmed by whatever the characters are doing on screen as it wont make them feel good and also wont start relating themselves with those characters.

As an animator, we should have the willingness to learn and be eager for more knowledge as well as this gives an extra edge.

Animation is never something that’s truly mastered as there are always new things to discover and new ways to learn too.

It’s never good to become complacent or assume that we have learned all the skills that are needed for a satisfying career in animation.

3D animation is the industry which is growing day by day and creating a lot of job opportunities.

If you have enough drive to succeed, you can make it as a 3D animator. The field of 3D animation is highly extensive and ever growing. 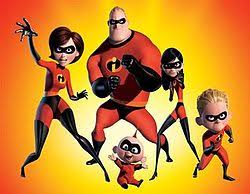 Also known as 3D CGI or visual storytelling, what makes it more interesting and exciting are the different types of innovations which have taken place with both the creator as well as the audience which gives it a different meaning altogether.

In recent years 3D animated movies and television shows have grown in leaps and bounds, so has the industry. Movies like “The Croods” and “Cars”, or “Ice Age” and “The Incredibles” are all examples of 3D animation which are like an all-time favourite with the audiences of all age groups. 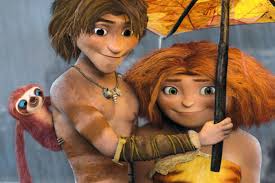 Its fun as it is to create 3D animations, each project will have plenty of hurdles and obstacles.

While a combination of willpower and persistence makes it possible to overcome each obstacle with much more ease, the way to be successful is by loving and appreciating each challenge as it emerges and overcome that with patience.

Since each project can last a long time, a 3D animator should be more comfortable with facing challenges when and as it comes if they really need to complete the given assignment. 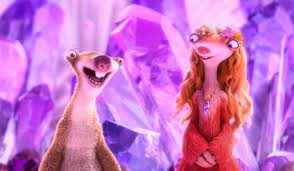 If a 3D animator wants to create something truly special and make that a masterpiece, they need to push the limits.

That spark of innovation is crucial in making something that truly resonates with audiences.

The introduction of something utterly new is the difference between solid entertainment and an award-winning masterpiece with is and has always been loved by audiences.