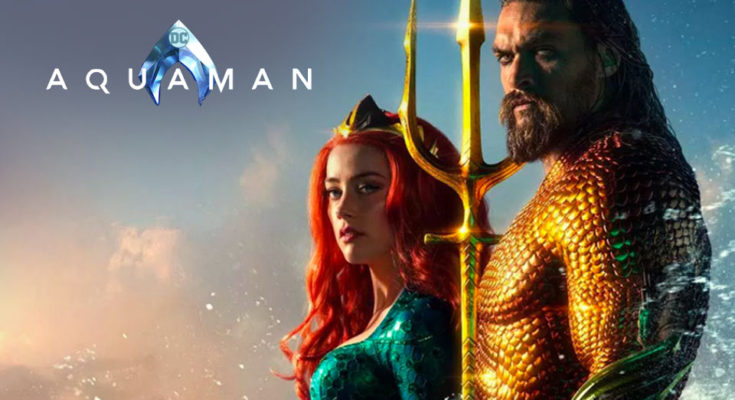 In today’s blog we will take a look at how VFX reel of the film Aquaman showed the lively underwater City of Atlantis.

Director James Wan crafted a lavish underwater world out of VFX in the recent 2018 film Aquaman.

Distributed by Warner Bros. Pictures, it is based on DC Comics Superhero character of the same name.

In the plot of the film Arthur Curry (Son of Thomas Curry and Atlanna) the heir of the underwater Kingdom of Atlantis steps forwarded to lead his people against his half-brother, Orm.

Ocean Master who seeks to unite the seven underwater Kingdoms against the surface world.

The film starred Jason Momoa (as Aquaman) and Amber Heard (as Mera, Aquaman’s love interest) along with other actors.

This film is the sixth instalment in the DC Extended Universe and has incredible innovative visual effects.

Water played an important part in telling the story of Aquaman.

An entire artificial underwater world was created for the film along with countless CG sea creatures and huge act of battle.

The British actress Julie Andrews gave voice to Karathen an underwater creature that hold the key to Arthur Curry’s quest to unite the Atlantean and surface worlds. 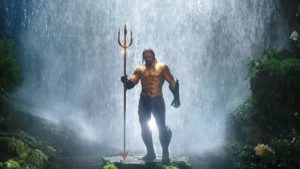 According to the VFX producer Kimberly Nelson Locascio, artists worked on Jason Momoa’s final outfit with his Trident for a long time because the director wanted it to be accurate.

Visual Effects used in the film

ILM worked on creating Atlantis, all its Computer Generated underwater creatures and the final battle of the film.

Jeff White is the VFX supervisor for ILM on Aquaman.

Among 2,300 Visual Effects shots in the movie, ILM created about 670 shots.

ILM team created about 150,000 ships to fill the traffic lanes leading into Atlantis.

Even underwater ships were created in the shape of organic creatures and designed to move that way.

The director James Wan had a very clear idea about how the underwater hair should look like. 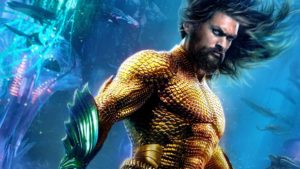 ILM upgraded and utilized its Hair craft tools to add details about the flow of hair underwater, they got inspired from several comic book images for the hair illustrations. 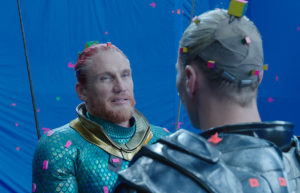 King Nereus and King Orm performed a scene against blue screen with tracking markers placed on their hairlines which ILM tracked their simulated hair onto the live-action actors. 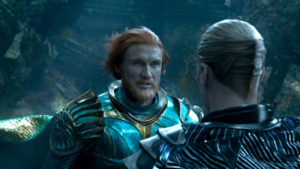 Not only hair, Momoa’s beard was also partly done by CG or moved through warping and combining separate layers in compositing.

According to Visual effects supervisor Jeff White “Hair actually plays a big role in the film”.

Jay Barton is the VFX supervisor for Digital Domain.

3D software Houdini helped to create waterfalls that appeared in the film.

Digital Domain delivered 19-20 shots for the film and built an extensive library of shot FX elements. 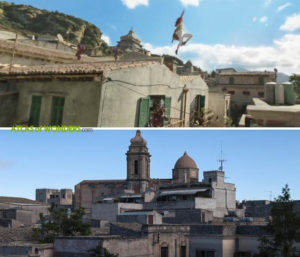 Method Studios created the Sicily fight sequence and for that the team made the main square of the Italian Village and terracotta tiled roof set pieces that were backed with Blue Screen.

Method Studios created a complete CG village based on scans and documentation of the real village.

David Nelson and Craig Wentworth are the VFX Supervisors for Method Studios. For the sequence ‘Well of the Souls’ Momoa was filmed dry-for-wet (captured on set in dry environments that would be made to look underwater in post-production).

Captured on set in rigs that simulated underwater movements but it created restrictions, so the artists replaced the majority of Momoa’s performance with a digital body doubles and added the CG environment, Karathen and Arthur’s free-flowing locks.

A particularly designed 700 frame per shot was used in the scene in which the camera travelled through Arthur’s eyes. 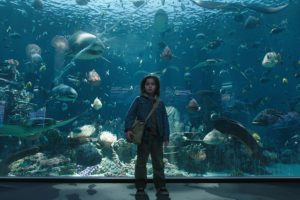 Around 120 crew artists of Rodeo FX worked for the movie.

Sebastian Moreau is the VFX supervisor for the film.

Rodeo FX made used of a large volume of simulations as well as algorithms for the fish of the Aquarium that young Arthur Curry visits near the beginning of the film.

The artists sculpted and added texture for the depth of ruined building, bridges, towers, statues and temples.

A Lego-type approach was given by the artists to the layer of environment with a large amount of sand, dust and rocks; they also created ruined Atlantis below the desert. 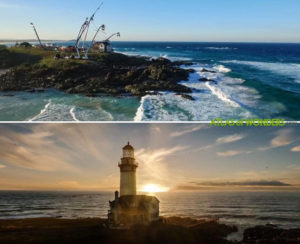 The Scanline VFX studio provided 450 shots for the movie.

The VFX supervisor Bryan Hirota handled the team of artists.

VFX artists created the lighthouse, the “Aquaman” title card and Momoa pushing the submarine to the surface and Orm’s tidal wave.

The Title card the team relied on Rodeo’s work on the aquarium sequence and simulated up to 60,000 fish.

The Lighthouse tower and the extended dock fully constructed by the FX team.

A CG transition was created from the lighthouse’s living room set to a fully CG winter coastline when the camera focuses into a toy snow globe with a tiny light house inside. 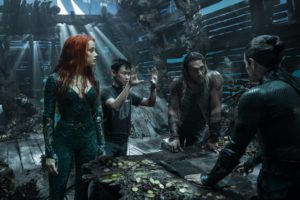 Aquaman is the first DC Extended Universe film to be grossed over $1billion worldwide.

It received praise for tone, direction and cinematography.

Hence it is clear that today with the use of CGI, VFX artists can create any visual beautiful and artistic.

If you have the passion to bring your imagination in front of people, then come join us and enjoy the world of visual effects.