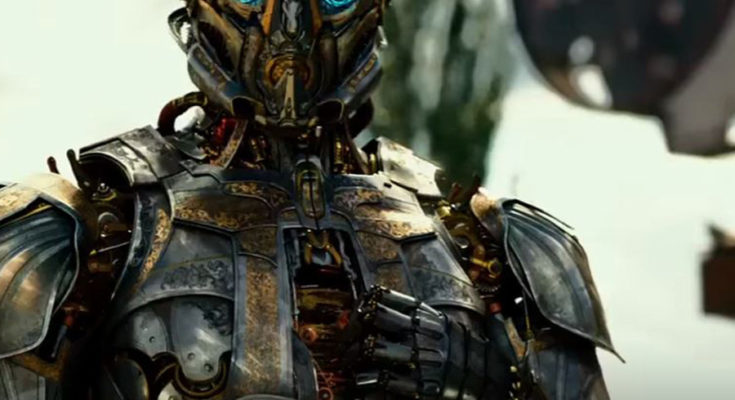 In today’s blog we will discuss about the contribution of ILM studio in the making of the film Transformers.

Directed by Michael Bay Transformers is a series of Science fiction action films.

Steven Spielberg served as an executive producer of the film Transformers (2007) which is a combination of computer animation with live-action filming.

The plot is about a teenager (Sam Witwicky) who gets caught up in a war between the heroic Autobots and the villainous Decepticons, two factions of alien robots who can disguise themselves by transforming into everyday machinery (vehicles).

By using AllSpark (the object that created their robotic race) the Autobots wanted to build their home planet Cybertron and end the war, whereas the Decepticons had the intention of building an army by giving life to the machines of the Earth.

This film won four awards from the Visual Effects Society and was nominated for Academy Awards. 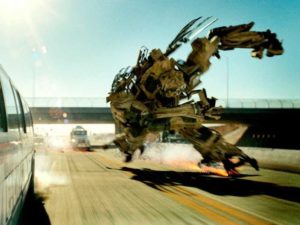 Spielberg motivated Michael Bay to restrict computer-generated imagery to the robots and background elements in the action sequences.

Scenes such as Bone-crasher smashing through a bus were done practically, while cameras were placed into the midst of car crashes and explosions to make it look more exciting.

Director Bay indicated that three quarters of the film’s effects were made by Industrial Light and Magic while Digital Domain did the rest.

Industrial Light and Magic Company created computer-generated transformations during six months in 2005, focusing at every inch of the car models.

ILM team built and transformed all the hero robots and built CG cars and military vehicles for the transformations.

For the characters’ faces director approved “Rubik’s Cube” style of modelling instead of liquid metal surface.

Scott Farrar had a Optimus Prime toy with 51 parts but ILM created Optimus Prime which had 10,108 parts and could stand 28 feet tall.

The team at ILM crafted each transformation by hand, manipulating the machines by using 144,341 rigging nodes and sent them into battle.

VFX crew assembled 60,217 vehicle parts and over 12.5 million polygons into 14 awesome automatons that smash each other, flip cars in the air, and crash into buildings. 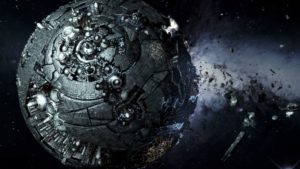 Creating Cybertron was a complex and challenging.

ILM supplied around 450 shots for the film and Digital Domain supplied 95 including a transforming Nokiabot, a digital mountain dew machine and an Xbox and contributed to the flashback and desert sequences. 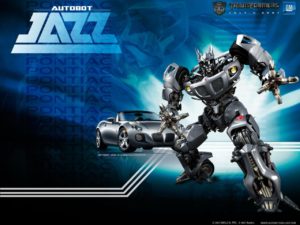 The modeling team lead by Dave Fogler to create facial expressions created sliding pieces for the cheeks and jaws, multi-segmented parts for the lips and a turbine system for the eyes that turned to simulate pupils dilating.

The Ironhide’s guns were made up of ten thousand parts.

The Optimus Prime had around 200 facial parts and the animators could move each one.

For the robots fighting scenes the director wanted more of Martial arts feel.

To animate 6,000-pound robots animators added extra frames to the reference footage of the stunt actors to slow their movements.

The computer generated vehicles were matched with the real vehicles.

With the film Transformers Industrial Light and Magic pushed the limits of what can be achieved in computer animation. 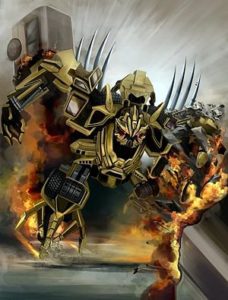 The team of modelers created Bone-crusher using 2,980 pieces of geometry and 855,483 polygons.

The team of Animators created the performances for Bone crusher in the background and Optimus Prime in the foreground.

For lighting and rendering they used Zeno with RenderMan and Mental Ray.

The complex visual effects took 38 hours for ILM to render just one frame of movement. 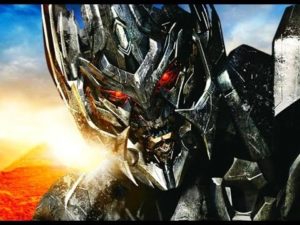 The film Transformers: Revenge of the Fallen featured 46 robots while the original movie had 14.

In Revenge of the Fallen the director used real F-16 Fighting Falcon and tank fire when filming the battles.

In the film Transformers: Dark of the Moon, ILM created most complicated model of the “Driller”, a giant snake-like creature with an eel-like body and spinning rotator blades, knives and teeth.

The most difficult scene was the Driller destroying a computer-generated skyscraper which took 288 hours per frame to render. 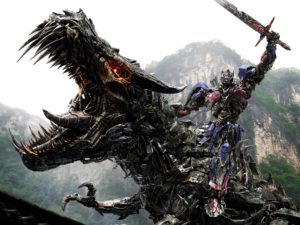 In the film Transformers: Age of Extinction, The Knight ship was over five times larger than the worm-like drilling robot that appeared in the film Dark of the Moon.

In the film Age of Extinction, the Transformers characters looked more real, more metallic, better acting compared with the other three Transformers movies.

In Age of Extinction, Optimus has over 10,000 pieces and each of those pieces were modelled correctly.

Age of Extinction played a major role for the studio into image based lighting in volumetric effects. 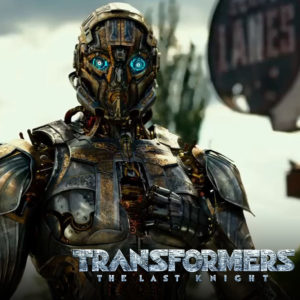 The Cogman in The Last Knight was a beautiful creation of the ILM; Cogman was made of silvery metal armour with copper and brass, and shiny warm colours.

Therefore we got a view of groundbreaking Visual Effects done by ILM for every Transformers Movies.