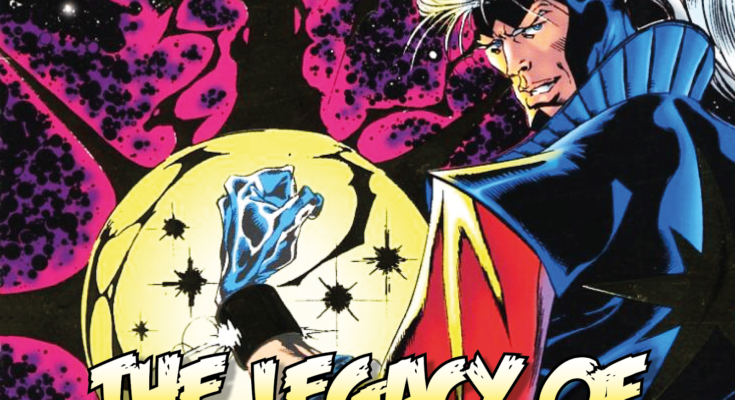 Hello viewers today in this blog we will introduce you about Legacy of Captain Marvel.

Originally Captain Marvel was published in 1939 by Fawcett Publications and created by Bill Parker and C.C Beck.

This original version had a boy named Billy Batson who had the power to turn into Captain Marvel by saying the magic word Shazam.

After that Captain Marvel first appeared in Marvel Comics in the year 1962 as Captain Mar Vell.

Captain Mar-Vell character debuted during the Silver Age of Comic books and made many appearance later.

Over the years different characters took the name of Captain Marvel and appeared time to time to entertain the readers of comic books. 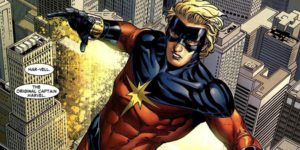 In Captain Mar-Vell the storyline follows male character Mar-Vell who is sent to spy on Earth.

On Earth Captain Mar-Vell investigates whether the earth is a threat to Kree empire or not.

In the Marvel Comics Kree are the alien race and native to the planet Hala.

Kree resembles humans except the blue skin and they need nitrogen to breathe.

Captain Mar-Vell uses his Kree military uniform to protect the people of earth and he adopts the identity of Scientist Walter Lawson.

People of earth mispronounced his Kree name and he became known as Captain Marvel.

Mar-Vell meets Carol Danvers at NASA and develops feelings for her and sympathy for humanity and turns on the kree to protect the earth.

During one of his adventures Mar-Vell gets exposed to carcinogens and dies from cancer in 1982’s Marvel Comic ‘The Death of Captain Marvel’ written by Jim Starlin. 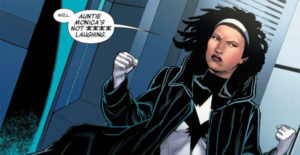 Monica first appeared in ‘The Amazing Spider’ man in the year 1982.

She is a police officer from New Orleans with powers to generate personal force field.

She can become invisible and intangible in her energy forms.

When she encounters a new energy she can even duplicate it.

Monica has black and white costume which was Marvel’s iconic 1980s visuals.

With the help of Spider-Man Monica does training with The Avengers to learn to control her powers.

Monica served as the leader of the Avengers for a short time but in 1988 storyline she lost her powers. 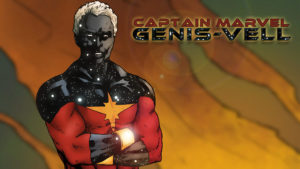 He used codename of ‘Legacy’.

He is the son of Mar-Vell and Elysius.

Genis-Vell wears Nega-Bands like his father to increase physical strength.

He is capable of manipulating space and time at his will.

He was killed by Baron Helmut Zemo in the May issue comic books 2006. 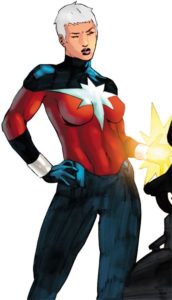 Phyla-Vell is the fourth Captain Marvel and younger sister of Genis-Vell.

Peter David and Paul Azaceta created her for the fifth volume of Captain Marvel launched in 2004.

Phyla is the bearer of superhuman strength, she can do energy blasts, fly and can absorb any energy attacks directed to her and can return then as energy blasts.

She is a skilled fighter and has cosmic awareness.

She later dies in the Guardians of the Galaxy to save her comrades. 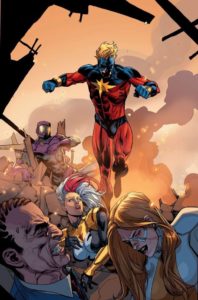 Khn’nr is the fifth Captain Marvel appeared in 2007 in Civil War: The Return.

In the series Secret Invasion, Khn’nr fights against the invading skrulls.

The shapeshifting Khn’nr gets locked in the shape of Mar-Vell (first Captain Marvel) and gets Nega Bands to replicate Captain Marvel’s powers.

His mental condition caused him to erase Khn’nr’s personality and made Mar-Vell’s persona dominant. 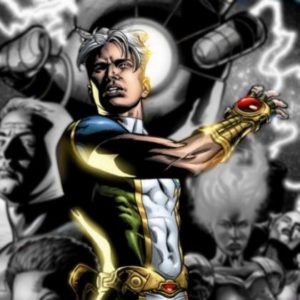 In the Dark Reign storyline Noh-Varr appeared in the Avengers team as Captain Marvel.

He first appeared in 2000 in the comic book Marvel Boy#1.

He is a Kree who has been magnified with insect DNA.

He has speed, strength beyond the capability of normal human and can suppress any stimulus.

He can easily walk on vertical walls, glass windows and ceilings. 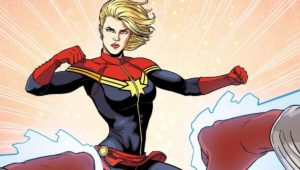 Before appearing as Superhero, Carol Susan Jane Danvers held the rank of colonel in the United Stated Air Force.

She was created by Roy Thomas and artist Gene Colan; appeared in 1968 comics as a colleague of Captain Mar-Vell.

She developed superhuman powers when her DNA got fused with Mar-Vell’s during an explosion.

She had been known as Binary, Warbird, Ms. Marvel at different points in her history.

Carol is biggest female hero in the Marvel Comic books and mightiest Avenger. 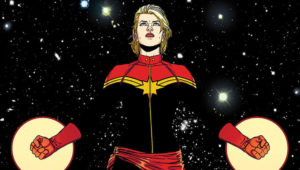 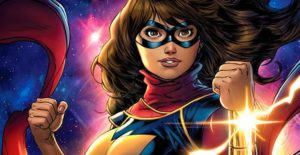 In the later Ms. Marvel series Kamala Khan appeared as Ms. Marvel from the year 2014.

Ms Marvel wears a black mask which Carol also used to wear before taking the role of Captain Marvel.

Carol Danvers wears flight suit as her costume in the series.

Captain Marvel or Carol Danvers is super strong and durable and can fly and float in the vacuum of space without dying.

She is capable of absorbing any kind of energy and releasing as concentrated blasts from her hands.

Carol has a helmet too which allows her to breathe while flying through space.

Carol Danvers as Captain Marvel has been featured in other Marvel licensed products such as Video Games, animated television series and Movies.

So far we gave an overview about the journey of Captain Marvel from its inception.

Join us to empower yourself.