Today in this blog we will talk about the use of VFX in the American sports drama film Creed II directed by Steven Caple Jr.

Hollywood’s action packed movies are all time favourite to the audience all over the world.

Creed II is the continuation of the previous Creed made in 2015.

It is the eighth part of the Rocky film series.

Creed II is about Adonis Creed who returns to the boxing ring to take revenge of his father’s death. 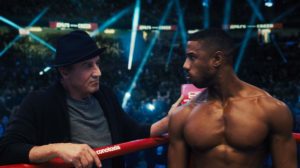 Creed II featured Michael B. Jordan in the lead role as a talented boxer Adonis Creed and the son of world heavyweight champion Apollo Creed.

The 72 year old actor Sylvester Stallone’s return as Rocky Balboa into this movie is an exciting and interesting part for the fans of Stallone.

MGM or Metro-Goldwyn-Mayer produced this film which released in November 2018.

The VFX to this film has been provided by MR.X and Zero VFX companies.

As Studio MR.X has a long relationship with MGM; MR.X handled most of the VFX of the intense boxing matches. 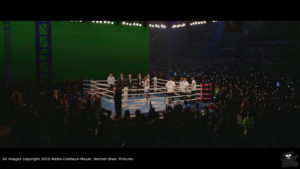 As we all know that Chroma keying technique helps to add desired background later at the post-production stages.

Green Screen VFX tool was used in the stadium scenes to add the CGI background of multiple crowds.

VFX team removed the Green Screen at the post production stage and extended the stadium and inserted the crowds at different places of the stadium with the help of CGI.

Under the guidance of VFX Supervisor Eric Robinson, Jo Hughes and Dean Wright, Creed II got its stunning visual effects.

The film was shot at Philadelphia, Pennsylvania and some scenes were filmed at Grey Towers Castle.

The final training montage of Adonis was shot in the desert of Deming, New Mexico.

The Close-Ups and the Mid Shot of the boxers and their actions were captured in a thrilling way.

As a Cinematographer, Kramer Morgenthau shot the punches from many angles to highlight the dramatic part. 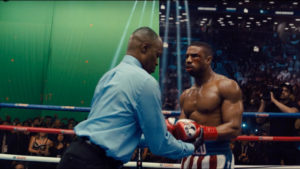 Fighting scenes were shot in the fake boxing rings with Michael B. Jordan and Sylvester Stallone.

VFX Supervisor Eric Robinson was on set to arrange all the key fight sequences.

VFX team worked till the last day of post –production to handle every details of the film.

As Eric Robinsonsaid in his interview that: “Boxing sequences are crafted to deliver fun, unique challenges.”

MR.X Company in Toronto and Bangalore delivered their best efforts in making of this film. 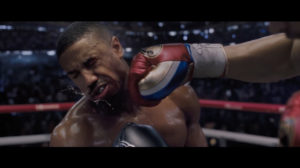 Team worked on the punch shots, with the help of VFX they made the boxing punch shot and the face more believable.

Facial expressions got the touch of the texture and colour through visual effects.

Actor’s spit and the sweat were highlighted with visual effects.

Before the shot actor took mouthful of water and then let the water loose during the shooting and in between to correct the flow of water VFX team added the specific tone to the water to make it visually prominent.

In fact artists did the colour grading and correction to the water droplets to make it look like blood for more impactful scene.

Another challenge was to keep the boxing match fresh and energetic as it had nine rounds.

The director planned new style for each round, so as to avoid repetitiveness.

It kept the audience in suspense as the fight occurred.

It was thrilling to watch Michael B. Jordan getting in to shape for the fighting scenes.

The director made the audience to feel every blow of the boxing punches through the visual treatments. 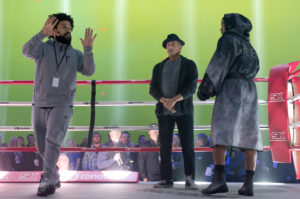 Director Steven Caple Jr. confessed that he watched many Karate films before making this film to learn the tension building methods and excitement in the boxing scenes.

He further said “Small moments in the film are important and they don’t have to do anything with the budget. Those moments are independent film in its own way”.

3D Lighting For The Stadium 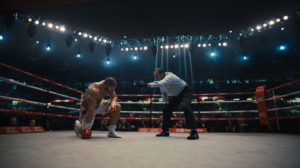 Extra3d lighting was added with the help of visual effects surrounding the boxing rings.

3D software provided the Spot lights all around the boxing ring stage.

This film made a huge success due the great collaboration of the all team members.

VFX artists from different part of the world shared their expertise and knowledge to make Creed II best version of the film.

This film is all about honour and identity, power and heroism.

Creed II made a profit of over $213 million and received positive reviews from the critics worldwide.