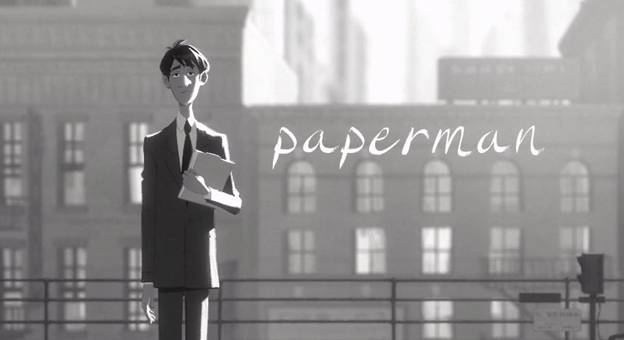 Five animated short film which will boost you mood instantly.

Are you depressed in your life? Looking for some sort of entertainment? Need a jerk to pep up your mood? 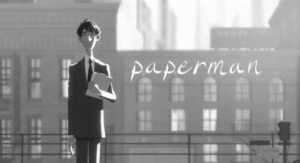 There is nothing better than to watch an animated short film.

During the recent times, the prominence of short movies is on the ascent.

As a result of the ever-increasing users on the internet, there is a significant rise of interest and enthusiasm in the web-series.

However, the reason behind this is surprising.

Owing to the accessibility of these movies for practically zero charges or no charge at all ha just added to the demand of the internet users.

Today, this blog post is about the five animated short films which have stirred the mass people with its influence.

This blog is presented by the MAAC Kolkata team in order to acknowledge the readers and viewers about the scope of animation and Animated films in the world of Entertainment.

In this blog readers are once taken to the five animated short films that stunned the scenario of the entire Animation industry.

Here are the list of animated short films that will flip around that grimace.

When it comes to the short movie ‘Zero’ some unidentified question arises in the minds of the readers.

How frequently do people see individuals separating on the basis of status?

‘Zero’ is among that animated films that turn the idea on its head by means of some stunning Stop-Motion Animation.

In this world, beings are judged based on their number.

The plot of the story revolves around the perspective that in this world, beings are judged based on their number.

Here, in this short film, it is well portrayed how the protagonist of the film is oppressed for having the number zero.

In any case, the ending of the film is not as dark as it sounds.

The storyline is about an easy-going and happy-go-lucky romantic story.

Moreover, the main thing is it is certain to place you in a decent disposition in a matter of seconds.

It is a stop-motion animated short movie coordinated by Christopher Kezelos and created by Christine Kezelos.

The short film has received a package of awards starting from the Best Animation Award in 2010 LA Shorts Fest to the Bondi Short Film Festival for the Best Script. 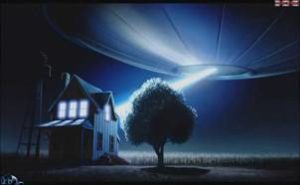 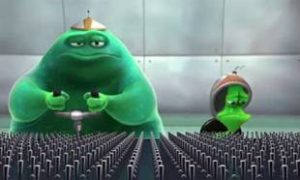 The short film, ‘Lifted’ is a computer-animated short film produced by the Pixar.

‘Lifted’, from Pixar, can lift your inclination just with its idea, concept and storyline.

Whatever is left of the motion picture is a reward.

The plot of the film revolves around Stu.

He is a young alien-outsider giving a pragmatic exam about the matter of stealing people and the goof-ups he makes.

It is obvious that the main plausible association is that the short was discharged with Ratatouille.

He should grab a resting agriculturist named Ernie under the careful gaze of his unconcerned analyst, a coagulated blob named Mr B. Working from memory, Stu is relied upon to utilize a variety of thousands of indistinguishable unlabeled flip switches for this reason;

Mr B’s stoic articulation gives no indications of which ones to utilize.

Stu’s reluctant flicks of the changes end up being incorrect, making Ernie catch the dividers and roof, but without awakening him.

As Stu becomes progressively baffled, Stu hollers and swipes haphazardly at the cluster.

Ernie bobs haphazardly around the room like a pinball, thumping over the furniture all the while yet staying sleeping.

In the long run, subsequent to checking his notes, Stu succeeds in moving Ernie out the window and up into the ship, yet he stops the tractor bar without shutting the load incubate.

As Ernie plunges toward the ground, Mr B assumes control and gets him; he at that point pushes Stu far from him and begins working the switches with staggering velocity to return him in his overnight boardinghouse up the chaos that was made by Stu.

Sad over his disappointment, Stu battles to keep down tears.

With a moan, the thoughtful Mr B enables him to dispatch the spaceship for the trek home.

Stu brightly snatches the directing burden and starts to move; after a minute the ship hammers to the ground, pulverizing Ernie’s home.

When it lifts off, its underside is secured with soil and flotsam and jetsam, and nothing is gone out aside from a tall mainstay of the earth in the focal point of a cavity, cut out by the open payload bring forth.

On this, Ernie is as yet solid snoozing in bed.

This goes the entire story of Stu. 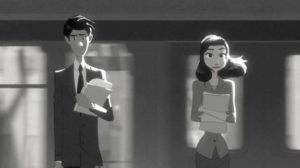 While discussing Animation movies, it is obvious that Disney is the most talked about production to create innovative animated films out of its genius.

In this short film ‘Paperman’, love, at first sight, plays a pivotal role in shaping the film and adds to the progression of the story.

The film sings the saga of love and how two outsiders met their love in a strange situation when the paper of the paperman flies off to stick to the face of the lady.

Include the idea of instant adoration to the spice of the story and you have a formula for a smile.

The 2D Animation recounts the tale of two strangers united by destiny, and by papers.

Produced by one of the biggest productions, Walt Disney Animation Studios and is directed by the renowned John Kahrs.

The film hit the blockbuster and acclaimed global acceptance throughout the world, winning the Academy Awards for Best Animated Short film. 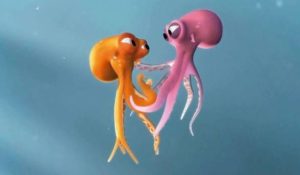 Oktapodi is an amusing French short film that originated originally as a graduate student project from Gobelins L’Ecole de L’Image.

The two octopuses can give you some genuine relationship objectives.

The story is set in a small Greek town where the octopuses put everything on the line for the sake of their companions, just to remain with them together and keep away the delivery boy at a restaurant.

What makes the film considerably more unique is the way that it began as a graduate understudy venture, and went ahead to win a number of honours/awards.

The film was also nominated for the Oscar Award for Best Animated Short Film.

A concerned representative-businessman, in the wake of ordering a cup of coffee at a bistro in Paris, understands that he has neglected to bring his wallet from home while he came out.

Throughout the film ‘French Roast’, he goes on ordering more espresso for the purpose of neglecting to pay the amount.

Amidst this situation, he meets individuals in the bistro and one of whom helps him out of the circumstances.

This short is a delightful lesson in ‘don’t pass judgment on a book by its cover’.

There are several other animated short films that hit the Academy Awards and make its way in spite of it being a short film. 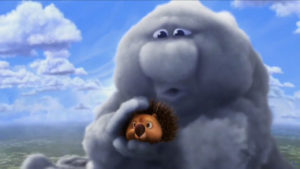 As for example, the short film ‘Partly Cloudy’ is an animated film.

Watch this delightful motion picture, a beyond any doubt shot state of mind reliever.

Do you have a rundown of most loved animated short movies?

Then you have landed at the right place to know more about our programmers’ just click here to register. 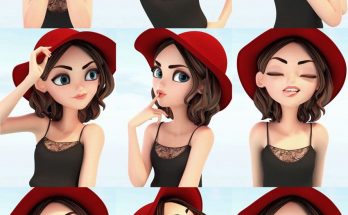