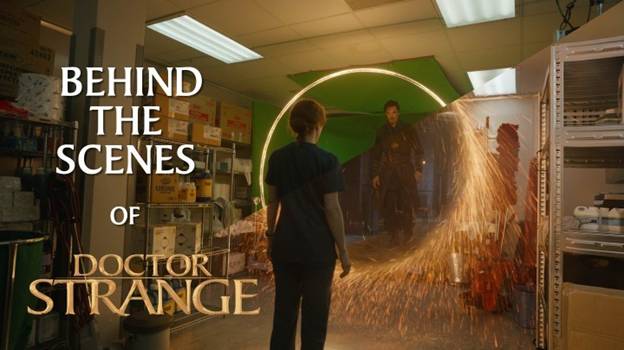 Vfx is the most integral part of a movie’s story and appeal.

Most of the Visual Effects works are completed within the post-production period.

The Visual Effects and Animation industry continues to progressively gain reception with then Indian talent balanced to adjust with its global counterparts. 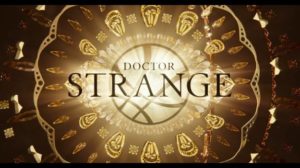 It is emerging as a massive industry in the Entertainment world.

As a result of the low cost of production and high workforce, the Visual Effects and Animation industry is towards a gradual progress in the Indian Entertainment Industry.

In today’s blog of MAAC Kolkata, we are going to discuss the overall Visual Effects breakdown in the 2016 film Doctor Strange.

MAAC Kolkata is entering into a Visual Magical world of Doctor Strange and enlightening the readers with the light of dark mysticism.

About the film Vfx Doctor Strange 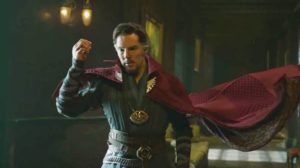 Doctor Strange is an American superhero film distributed by the Walt Disney Pictures.

The film is produced by the Marvel Studios.

The film was directed by the renowned person Scott Derrickson.

In this film, there are certain sections where Visual Effects is effectively put into various scenes where it was required.

Storyline of the film

Doctor Strange is indeed a marvel of Marvel Studios. 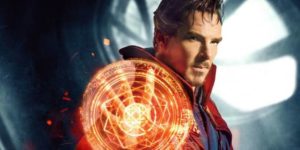 The film revolves around the story of a brilliant neurosurgeon Doctor Stephen Strange.

After a terrible car accident, he put aside his entire ego and goes on learning the undisclosed portions of a hidden world of spirituality and alternate aspects.

The setting of the story is based in the Greenwich Village of the New York City.

In the film, Doctor Strange is shown acting as a mediator between the real world and the world that lies beyond the real and actual.

He utilizes a huge array of mystical abilities and relics in order to protect the Marvel Cinematic Universe. 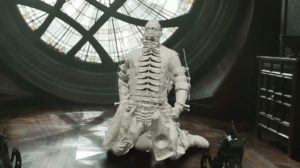 Though the audience waits for Sherlock, however the character, Benedict Cumberbatch steals audience’s heart with its mysticism and ego.

The tremendously egoistic and unfriendly character grabs the viewer’s attention until the end of the film.

Now the fact is this uncanny character portrayal would not have been possible without the help of Visual Effects. 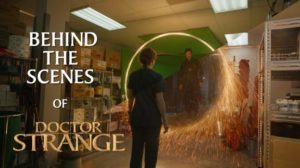 Marvel’s Doctor Strange is encapsulated with a wide range of the VFX and Animation work comprising of the environments, the complicated ‘Mandelbrotting’ of sets, all are done through Visual Effects.

On this front, massive high-resolution digi-doubles of key characters are used.

A vital technique is used in the creation of the astral form.

All of these VFX breakdowns are accomplished by means of the Framestore.

Framestore is the Vicon Motion Capture Technology and UK-based studio, that played a central role in the creation of the marvellous Visual Effects for the film.

Now you might be wondering about the genius behind the Visual Effects supervision.

It is none other than the talented and well-known Stephane Ceretti.

A major part of the movie is completed with the help of Visual Effects.

There are several scenes that would have been not possible without the VFX.

There are several scenes that are worked with the help of Mandlebrotting & Kaleidoscopic background elements, astral form, magical shields with revolving flashes, mirror dimensions, space portal and the Cloak of Levitation.

In order to keep the background of the film tandem in support of the mystical realms, greenscreens were used throughout the film.

One of the most significant chroma scenes was the space portal scene where the portal is shown to take Doctor Strange to the mystic world of unknown.

Yes, Visual Effects breakdown is not easy to accomplish it needs a lot of skill to operate.

Similar is the case with the scene of the astral plane.

It is one of the most challenging scenes in the film.

Here we will lead you to the way the sequences are accomplished.

Here, the VFX artist had to backlit everything and makes the back setting dark.

As a consequence, a lot of negative space is created that can let the bare eye distinguish contrast images.

The Visual Effects team is required to drive a particle system with the help of which the characters seem to have a smooth shiny surface. 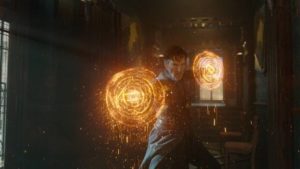 Powering up is not a cupcake it needs premium quality skill to achieve the task.

The Mandlebrotting and Kaleidoscopic effects are shown with absolute precision and exactitude in the various fight scenes of the film.

These effects are also utilized in creating the changing surroundings. Houdini is used by Framestore so that they can create CG magical power shields and sparks, and Arnold is being used as the rendering engine in the movie.

After analyzing the various aspects of Visual effects breakdown in the film Doctor Strange, it is observed that a vast section of the film had utilized Visual Effects, Chroma and Special effects.

Visual effects industry and Animation is at its summit these days.

The sector of Visual Effects is occupying a massive portion of the Media and Entertainment industry.

Owing to the major outsourcing of the VFX works, the Indian Visual Effects studios are intensifying by means of technology, manpower, techniques and ultimate output.

VFX is globally accepted as a major live-action imager as because it produces descriptions with the help of computer-generated graphics CGI.

The film has indeed been on the super hit list of the year.

Along with the VFX works, the sound composing, acting, casting and the overall picture after watching the film is marvellous.

Though some parts of the Visual effects implementation can be improvised to produce better results.

Each action sequence is closely knit to get a sound outcome.

No negative repercussions can be generated as it has achieved the highest summit of excellence.

Hitting the box office groundbreaking is not a job cake.

All the shots are truly done awfully.

Thus it can be concluded that VFX industry has given a lot to the entertainment industry.

You can also lean the same and be a part of a block buster movie.

Just Click Here and Register and know more about this unknown world.