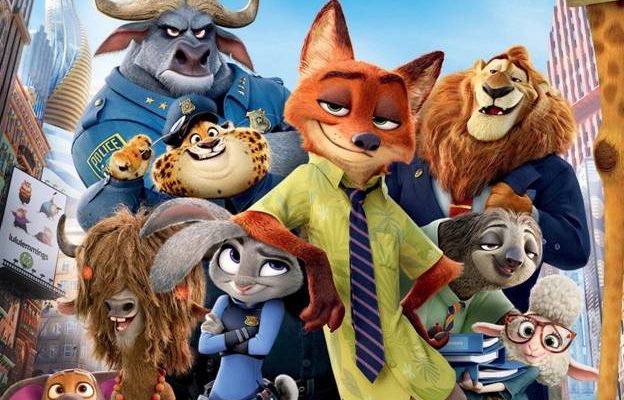 Don’t you feel the wow experience after watching the awesome talking animals in Zootopia?

So you might be curious about the facts of Zootopia.

Then you have locked at the right place as today we are going to discuss the Zootopia experience after watching the marvellous Zootopia.

MAAC Kolkata is presenting to you the various talking animals all at one place-Zootopia.

The blog unveils the work of Walt Disney Pictures and the account of the behind the scenes making the film in the animated genre.

About the film Zootopia 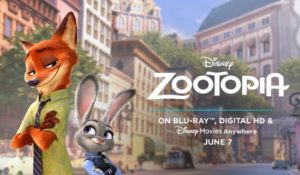 The film is produced by the Walt Disney Animation Studios.

It is released by Walt Disney Pictures.

The film as directed by the well-known director, Byron Howard and Rich Moore. 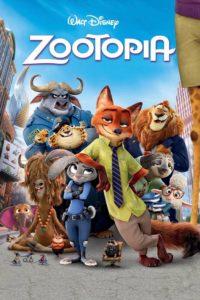 The city of Zootopia or Metropolis is a world of mammal metropolis, starting from the largest elephant to the nominal smallest shrew.

The city is the place where diverse animals live, exist and prosper.

The storyline of the animated movie revolves around the struggle of Judy Hopps.

At the time when Judy becomes the first rabbit to enter the police office force, she quickly learns the difficulties of being in the police force and how tough it is to enforce the law.

Judy is that rabbit that is determined to prove her in front of the police department.

A time comes when Judy gets the opportunity to enter a case full of mysticism.

But unfortunately, Judy has to struggle with a red fox con artist, Nick Wilde.

Through the process, they discover a conspiracy involving the disappearance of savage predator inhabitants of a mammalian metropolis. 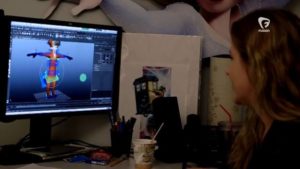 In order to accomplish the movie during the preproduction times, animators are led to research carious animals in Kenya and the San Diego Zoo Safari Park.

There they closely studied the distinct walk cycles of the different animals.

With a view to making the fur colour more realistic and natural, they went to survey several museums. 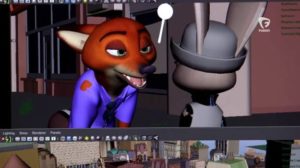 The tedious task of the animators was to create the animating fur of the character, Bolt in the movie.

The character is a titular one but the software that is intended to be utilized at the time of creating the natural realistic animating fur of the animals was not yet ready at that time.

Along these lines, the studio’s IT engineers built up the fur controlling software room.

This software provides the various character designers accurate control over the brushing, forming and shading of fur.

As a consequence, it made the work easy to make an assortment of unconventional character styles for every creature.

This software has several other uses also.

The software was additionally ready to control a concealed “unreal” underlayer that gave fur a level of extravagance not seen some time before.

This element was used to make the characters like Officer Clawhauser, who has a major head that is completely made of spotted fur.

Characters with important quantities of strands of hair and fur are included both of the two lead characters, Judy Hopps and Nick Wilde, who each had around 2.5 million hairs.

There is a giraffe with nine million strands of fur and a gerbil is accounted with 480,000 strands.

On the front of Zootopia, Disney once again used Hyperion renderer.

In the sense, it means that Hyperion had already been used by Disney in the movie, Big Hero 6.

With a view to facilitating the formation of the realistic images of the animals’ dense fur, a new advent of fur paradigm is added to the renderer.

The real-time display show application, Nitro is created from the time of the making of Wreck-It Ralph.

This application is utilized in order to make the fur more realistic and steady.

It was also utilized to make the fur in place and inconspicuous significantly more rapidly, instead of the past routine with regards to predicting how the hide would function while making and taking a gander at outlines or postures for the character.

Bonsai is the tree-and-plant generator utilized first as a part of the frozen.

These are also used in Zootopia in order to make and generate various varieties of trees with exceptionally itemized foliage. 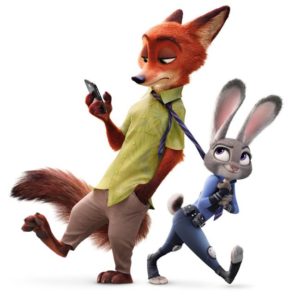 An animator is responsible to animate his characters in a relevant way.

Here it was a challenge to the animators to make the animals walk in as much real and natural way.

During the research, they have studied the different styles of walking of different animals.

It’s time for them to utilize this survey.

One of the important things is that they are needed to change the walking styles of a different animal in a different way.

For some animals, they already had some reference anime which they had used here.

The ape category in between the group of animals is seen outdated.

The animators realized that when the apes are animated to two legs they look too human.

So they determined to eliminate that species from the Animal Kingdom. 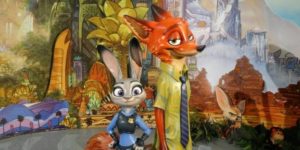 Zootopia is created in such a way that can fit all sizes and types of animals.

However, the animals are created that closely resembles the real-life animal but differs in sizes.

So the city is designed in that feature where it can accustom all sizes of animals.

The city is full of the normal real life city- the escalators, hotels, offices, market area and transportation.

From script to screen all the elements are brought to life with the assistance of Animation.

In the year 2016, it is considered as the fourth highest grossing film.

The approximate budget for the movie was $150 million.

However, the box office budget crossed the limit of $1 billion.

Yes, the film, in preproduction, production, and post-production and all the other fields where finance was spent went to actual achievement and success.

The film received global acceptance and the American Film Institute chose the film as one of the top ten films in 2016.

Zootopia won huge success and achievement from the perspective of the animated animals, there acting projections and the ensuing drama of the predators.

Even some critic is of the view that the film is the most inquisitive talking animal cartoon of the year.

Besides these awards, the film had also received a nomination for the BAFTA Award for Best Animated Film.

So after observing every nook and corner of the film, Zootopia, it can be stated that the concept was relevant and it shows a social message that animals also have their own values and importance.

All the subjects are studied from an animal’s point of view.

From this perspective, it is well-studied that animals have their own world.

Animals are different but at a certain point, they share a similar connection.

They also deserve respect as all of us because at the end of the day this is the same thing which they feel.

At the end of the observation it can be affirmed that the animators have effectively utilized Animation for the creation of the entire movie.

Join the world of animation just by clicking away.

369 Comments on “Why Making Of Zootopia Nails It?”