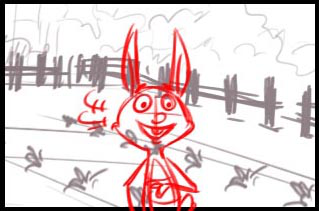 There are two important parts of any character, it plays most vital role at the time of acting. In animation also, these two body parts gets animated the most: Face and Hands.

While talking on facial animation, stretch and squash law in principal of animation also plays a vital part.

Any expression, like laugh, anger, pain, sad, aloof, surprised, skeptical can be easily expressed without any voice-over or dialogue. From Beauty and the Beast, fierce look was a terror to scar, in the Lion King’s satanic look, all expressions are work of animators. 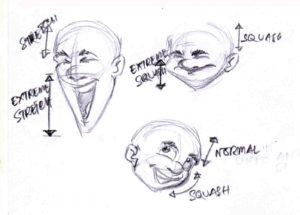 Why does animated character need facial expression in animation?

Facial expression makes the animated character more appealing. If the animators do not express it properly it is not possible to bring life into the character. So to keep character more and more living and to communicate, the thought process of the same we need a proper rigged face.

How to select the right facial expression?

We need to follow what is happening to the shot and also we need to follow the breakdown of the facial actions according to the mood. We should keep in mind that the upper part of the face like the upper jaw part is squashed less, but the lower jaw stretches a lot. At the time of animating a face, this law of Stretch and Squash of 12 principles help the animators. 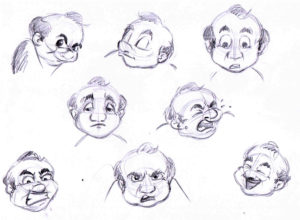 When can we add dialogues in the process?

Dialogues are also the most vital part of facial expression, while animating faces one must follow scripts and story-boards properly. Proper breakdown of phonetics via software is also recommended. Only then we can understand which frames require which lip expressions according to the dialogues. Here also understanding of standard phonetics lip chart plays a vital role for dialogue animation process.

Eyes are the most important part in face to animate. While solo acting, looking at the camera throughout the scene (when it is required) is important. And while in a interactive scene, eyeballs to other character is important. Properly RIGGED eyelids and eyeballs are keys to prepare good expression in animation. We should keep in mind the characteristics of a character to animate its eyelids. This is really important. Every emotions and thought of a character generally first. Reflects in his/ her/ its eye. 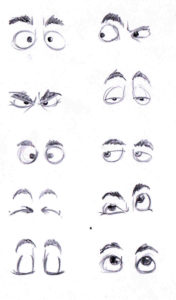 How long to hold facial expressions?

We know that face is the mirror of mind. While acting or animating a character face reflects the same. But every reaction has its own time and space. Even at change of mood also needs time to justify the required facial expressions. As for example, think of a hungry tired dog walking through roadside and suddenly found a bone. At once his mood changes and it moves towards the bone. But to change the mood also requires some relevant time, because in audiences’ mind also need to fill the justified time gap, so that the matter look like real. In this case, dialogues, voice over, back-ground music etc help animators to maintain time and spacing for better output.

Lastly we need to keep in mind, sketching is always the best way to reach all above mentioned goal. Step into MAAC Kolkata to learn more about animation and the bright future it leads to. We are just a call away. Call us at 98363 21595.

307 Comments on “Facial Expression in Animation”