Hello guys, down memory lane – we all must love to watch the Tom and Jerry, the comedy TV cartoon series. We will discuss the evolution of the Tom and Jerry today. None among us cannot admit that they have never seen any single episode of this famous TV show. Let’s turn up the pages of history to recollect the birth of Tom and Jerry. 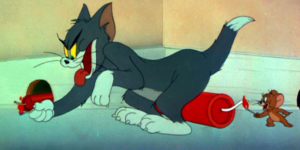 The two of the most adored cartoon characters were created by Joseph Barbera and William Hanna for Metro-Goldwyn-Mayer. The duo had written and directed 114 cartoons on Tom and Jerry from 1940 to 1957 at the MGM cartoon studio in Hollywood. Tom was a blue-grey long hair cat and Jerry was a little cunning house mouse. The whole plot centered on rivalry between the two title characters. Tom always tried to catch Jerry, but Jerry proved all his attempts to be unsuccessful with his cleverness and cunning abilities. However, in some of the shorts, they have been going along very well and displayed a genuine friendship and concern for each other. 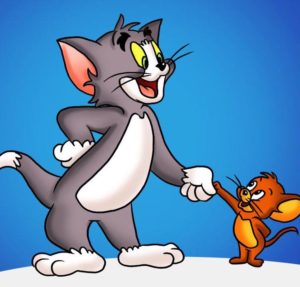 Let’s watch one of the funniest Tom and Jerry Video:

We at MAAC Kolkata teach 2D Flash Animation just like Tom and Jerry to our students. Visit today and learn about the wide range of courses offered here which can make your career bright and enlightened.

1,577 Comments on “History of Tom and Jerry-2D Animation Style”