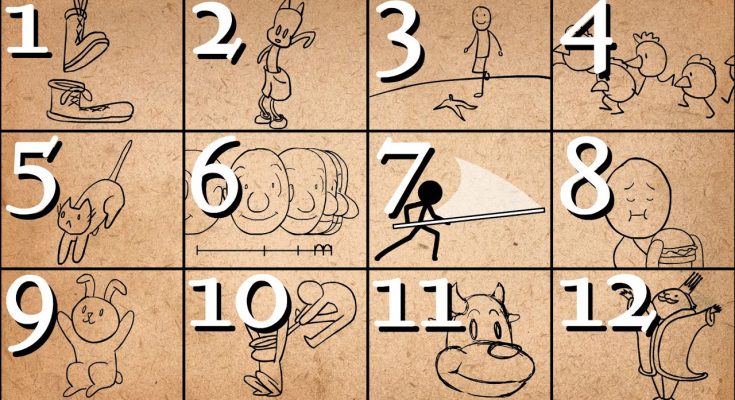 The Twelve Principles of Animation are described below-

Squash and stretch – The squash and stretch principle is regarded as the most important of the 12 twelve principles of animation. When this principle is applied it gives the animated characters and objects the illusion of gravity, weight, mass and flexibility. If we imagine a bouncing ball it may bounce very well when tossed into the air. The ball stretches when it travels up and down and it jumps up and down and it trample when it hits the ground. While an animator uses the principle of squash and stretch it is very important to keep it thinner and when one squashes something it need to get wider.

Anticipation – It helps to prepare the viewer for what is going to happen. When this principle is applied it helps to make the objects action more pragmatic. Suppose a baseball player wants to pitch the ball they first need to move his body and arm back to gain considerable energy to throw the ball forward. If an animated character ones to move forward he needs to move backward first. If character wants to reach a glass on table they must move their hand back. It is not about momentum it let the audience to know that this person is about to move. Other cases where this principle of anticipation is used include when a character looks off screen when someone is just entering the screen, or when the character attention is focused on something he is about to perform. 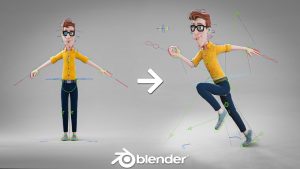 Ease In Ease Out – Any object sometimes moves and sometimes it restrains from movement. There it requires time of acceleration and deceleration. With the slow in slow out movements becomes very much unnatural and robotic. As the car moves to a halt it doesn’t reach more speed instantly, it must first gain high speed. As it stops moving it slowly pacifies its movement. This same formula is applied in case of animation where ease in and ease out is applied by the formula of spacing. As a character stand up from a sit up position the spacing of each pose will be closer together at the beginning so that they might ease the movement. As the stand up they will ease out the movement by spacing the poses apart at the end of the action. With this acceleration a deceleration of actions everything would be jerky.

Timing and spacing – It is one of the important factors of animation. Timing is generally regarded as the number of frames between two poses. For example if a ball moves from left screen to right screen in takes 24 frames. It takes 24 frames per ball to reach the other part of the screen.

Follow through and overlapping – In real life everything moves in different speed. Follow through is the idea that separate parts of the body will continue moving after the character has come to a halt. The arms may continue forward before it settles down. Overlapping action means different parts of the body moves in different direction. Such as when a character raises her arm to wave the shoulder moves first then the arm and then the elbow.

Arcs – Everything in life rotates in some type of arcing motion. It is very unrealistic that people move in straight line. So to ensure natural movement of characters one should ensure that he gets smooth movement. If a character is turning his head he will dip his head down to create an arcing motion. When a character walks even the tip of the toes moves in a rounded motion.

Exaggeration – This principle is used to make cartoon movement which includes physical alteration or supernatural movement. Exaggeration may be used with a restraint for realistic action. It may be used to make more readable or fun movement while sticking to reality. If a character is preparing to jump from diving board an animator may push them further before they leap off.

Solid drawing – In 2d animation solid drawing is creating a correct drawing in terms of volume and weight. In 3d animation animators need to think about how to pose as 3d character to ensure that there is a correct balance of weight as well as silhouette.

Appeal – This principle applies to adding in different areas of animation in such as posing. An animator’s aim should be to make the character more appealing, a complicated character may lack appeal.

Straight Ahead Action and Pose to Pose – Straight ahead action is very much spontaneous and linear approach to animating. It is generally animated from the starting to final point. If the character is landing on the ground after jumping in the air, then the poses where he is beginning to kneel down and then crouched. An animator should make the quick action fluid and dynamic. In pose to pose animation the animation is much more methodical. The important poses are required to tell the story. 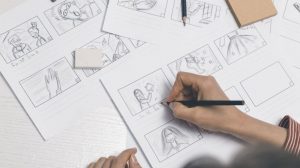 Secondary Action – Secondary action is the support or emphasize the main action to breathe more life into animation. It creates a realistic performance. If two characters are talking to one another. If one of them tapping his foot nervously it is secondary action.

Staging – Staging is how to set ones character to the background and foreground element. It also sets the characters mood and how camera angle is set on. Staging is used to make the purpose of animation clear to the viewer. One should focus on what one wants to communicate to the audience.

So these are the above principles required to become an animator.  The job of an animator is definitely very much lucrative job one may earn a lot by becoming animator.

So hurry up come to MAAC Chowringee. MAAC Rashbehari or MAAC Ultadanaga It offers diploma and certificate course in animation.

So call us or walk in to our centre. Our counsellor will help you a lot.