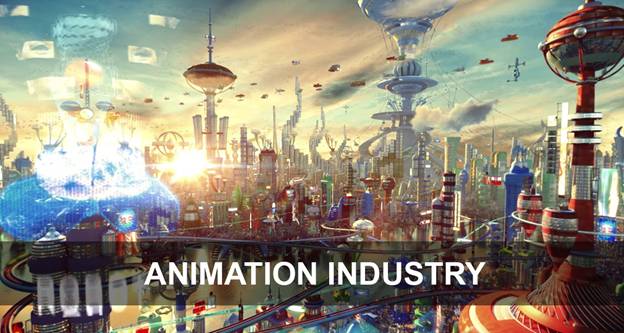 Walt Disney Company states that Animation has the power to express whatever the thought of man can conceive.

Moreover, this facility makes it the most adaptable and versatile means of communication so far and it is devised for the rapid acceptance of the mass.

And the statement is absolutely satisfying the idea.

With this, I want to begin the blog which is addressed to those aspirants and readers to give them an idea about the various crucial Animation and Visual Effects productions in the film and entertainment industry.

Whether it is a hand-drawn magnum opus of the past experience or the contemporary CGI film, the knack of Animation has been fascinating the viewers with marvellous characters, storyline and worlds from past decades.

This blog is written with a view to giving the animators an idea of the top places could find themselves working at.

The blog is initiated by the MAAC Kolkata and its team that discusses the best Animation production companies all over the world.

Pixar was purchased and acquired by The Walt Disney Company in the year 2006 for an incredible price of $7 billion.

Pixar broke the history of Animation with the blockbuster Toy Story.

Pixar, the American Animation studio has come up a way to produce and create various critical and financially successful. 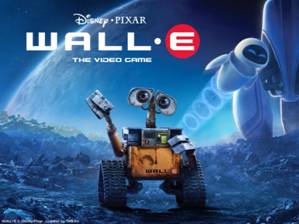 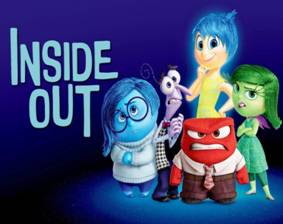 Among the successful films include The Toy Story films, WALL-E, Inside Out, Brave and Ratatouille.

Since the time of 1937, the popular studio of Disney has been into the making of the feature films with the grand release of the successful Snow White and the Seven Dwarfs.

From that time, they are always behind several largest grossing Animated films of all the time. 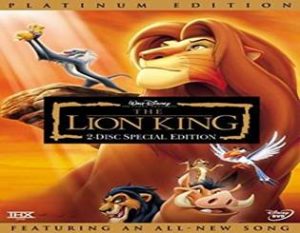 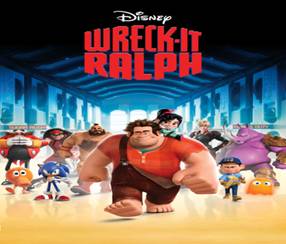 Among these films, you can also find The Lion King and Aladdin.

Though the studio undergoes fresh decline, yet they showed a hit bounce back or you can say a major comeback stronger than ever with hits like the Frozen, Wreck-It Ralph and Big Hero 6.

DreamWorks Animation is a renowned Animation production studio and its films have been distributed across the globe. 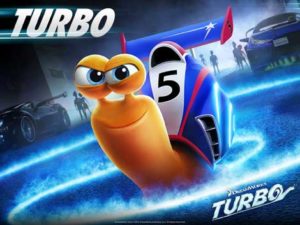 DreamWorks has earned many prestigious awards that comprises of three Academy Awards, more than a few Annie Awards, twenty-two Emmys and many other BAFTA as well as Golden Globe nominations. 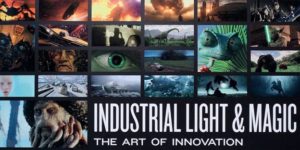 ILM is counted among the best Animation studios in the world.

Industrial Light & Magic has taken many shots at many tasks and works, including relentless film industry hits.

And they are considered as the pioneers of numerous artistic computer innovation technologies, as for example, being the first to do human skin or the creative way to create a fundamental character, photograph practical hair and hide, and the sky is the limit from there. 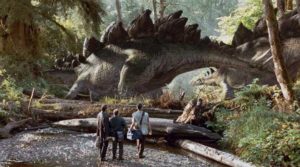 Eminent tasks incorporate each Star Wars film, everything except the principal Terminator films, the Pirates of the Caribbean arrangement series, Avatar, and Jurassic World. 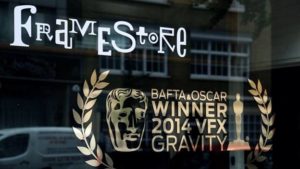 Framestore is established in the year 1986 and it has contributed a lot to the film industry of the recent times.

Framestore is responsible to create most of the fruitful movies of all times. 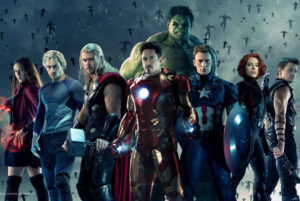 Among this film includes the Guardians of the Galaxy, a few of the Harry Potter movies, and Avengers: Age of Ultron, including a few scenes for 2009’s Avatar.

The British organization has additionally won a few Oscar and BAFTA grants as of late for their tasks.

Cartoon Network Studios is headquartered in Burbank in CA.

In spite of just being around since the time 1994, Cartoon Network Studios has ascended to end up a standout among the best in the industry.

Early hits like Dexter’s Laboratory, Johnny Bravo, The Powerpuff Girls, and Samurai Jack helped them turn into an easily recognized name in America. 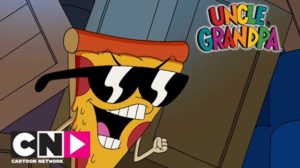 Blue Sky Studios was established in the year 1987.

It has been claimed by the Twentieth Century Fox since 1997. 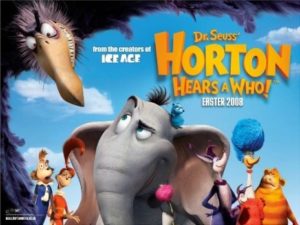 During the year between 2002 and 2014, Blue Sky Studios have discharged some of the most fruitful Animated films that comprise of most winning animated films like the Ice Age series, Rio and Rio 2, and Dr Seuss’ Horton Hears a Who. 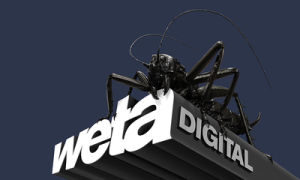 Weta Digital is one of the numerous organizations co-possessed by incredible executive Peter Jackson and victor of five Academy Awards for Best Visual Effects. 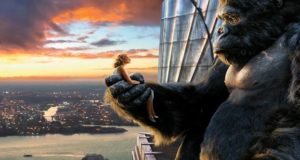 The New Zealand advanced Visuals Effects organization is behind a portion of the greatest movies of the most recent decade, including the Lord of the Rings and The Hobbit sets of three, 2005’s King Kong, and Avatar. 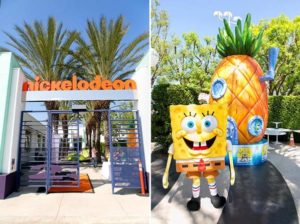 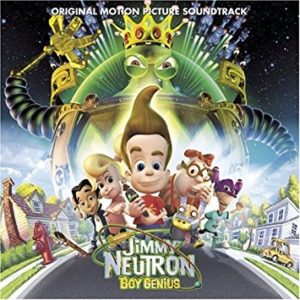 This studio is headquartered in Burbank in CA.

This Nickelodeon Animation studio was established in the year 1990.

And it had hit the ground with well-known exceptionally unique shows like Rugrats, Doug, and The Ren and Stimpy Show.

The American studio has come across a long way in order to create and produce an improbable number of unmistakable shows like Hey Arnold!,

During the early period of the mid-70s, Warner Bros’ Animation division was set for its startup in the renowned industry of Animation.

The studio went a long way ahead so as to help the American Animation step towards a golden era of Animation of all times.

They developed to contend straightforwardly with Disney on account of Looney Tunes and its famous characters like Bugs Bunny and Daffy Duck, and furthermore gave vital DC Comic shows like the vivified animated arrangement series featuring Batman and Superman. 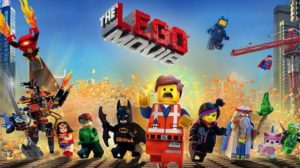 While for the most part centred on the TV, Warner Bros Animation has delivered various vital full length hits like The Lego Movie, Space Jam, and The Iron Giant. 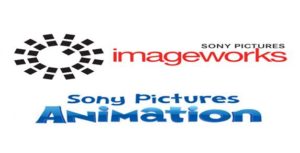 Sony Pictures Imageworks is one of the best studios in the Animation industry.

This production is a Canadian character Animation and Visual Effects company which is also a unit of the Sony Pictures Motion Picture Group and has earned a few honours, including Oscars for Spider-Man 2. 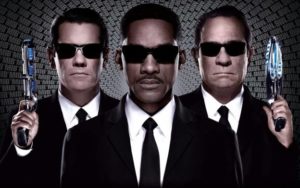 They have chipped away at almost 100 movies, including Watchmen, the Men in Black spin-offs, both the Spider-Man and The Amazing Spider-Man movies, and that’s only the tip of the iceberg. 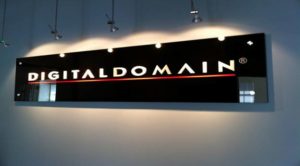 Digital Domain is situated at Playa Vista in California.

Digital Domain has studios more or less in all the areas of California and Vancouver.

The studio has also its branches in British Columbia, Canada that both create visual/advanced effects for amusements, movies, and publicizing. 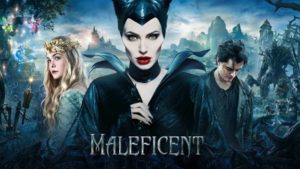 The organization has more than 100 movies added to its repertoire, including the acclaimed Titanic, and is champ of five Academy Awards.

Other late movies incorporate Furious 7, Maleficent, and X-Men: Days of Future Past.

Aardman Animations is established in Bristol at the heart of England in the UK.

Aardman Animations is a British studio that is known for its capability and expertise in the stop-motion clay Animation.

Despite the fact that they complete a considerable measure of TV arrangement series and short movies, Aardman Animations has worked together with DreamWorks Animation, Sony Pictures Animation, and StudioCanal to make films together.

Each of their movies in the vicinity of 2000 and 2015 has earned more than their financial plan and got high Rotten Tomatoes evaluations.

Exited to get into the animation world!!

90 Comments on “THE LEGENDARY HOUSES OF ANIMATION”