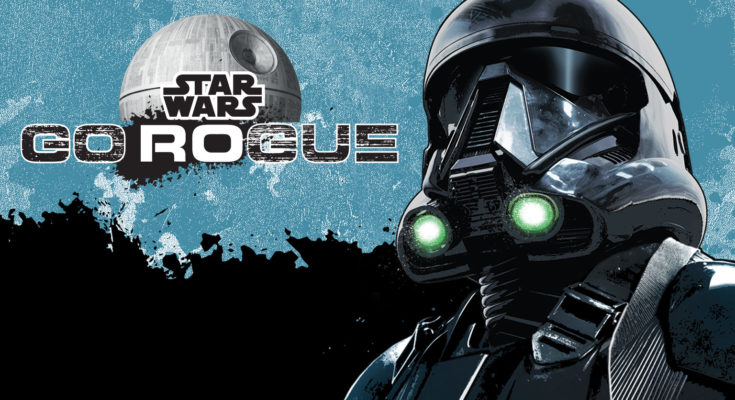 Star Wars is what we will be discussing taking you all down your memory lane. 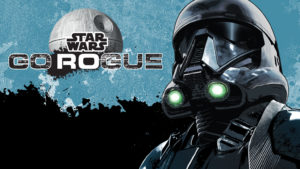 The third week of December is fast approaching, and for science fiction film enthusiasts, that mean the end of a two-year wait for The Last Jedi. 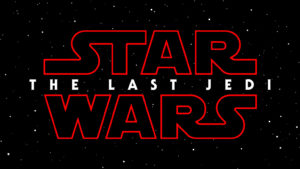 If the name doesn’t ring a bell, here’s a little bit of background.

The Last Jedi is the eighth instalment in the Star Wars film series, an epic space opera that began with 1977’s Star Wars (which was later renamed as Episode IV: A New Hope).

The series is both commercially and critically acclaimed, with all seven films having been nominated for Academy Awards, and the series as a whole being among the highest-grossing of all time.

A worldwide popular culture phenomenon, the series is augmented by numerous forms of media, including a planned spin-off anthology series.

The first of this series, Rogue One, was released last year, and occurs chronologically before the very first film in the series.

The release of Rogue One was preceded by the ‘GoRogue’Campaign, which invited fans from all over the world to create their own short films or skits based on the franchise, using Star Wars toys and merchandise.

The Campaign featured a four-part fan-made series called ‘Go Rogue’, along with a contest for fans around the world.

Commandeered by a group of ‘rebel super-fans’, theGo Rogue series describes the story of JynErso, the protagonist of Rogue One, and her group of rebels as they attempt to steal the Galactic Empire’s plans for the superweapon they are building.

The GoRogue chapter  made in stop motion animation, using the line of toys released in anticipation of Rogue One.

Along with the animated series, the#GoRogue Contest was launched as a showcase of Star Wars fans’ creativity, where theyshared their ‘Rogue Stories’ set in a galaxy far, far away.

While most entries were animated, there were some live-action short films going head to head with animation in the contest.

Seven of these ‘rebels’ were ultimately chosen as winners, with the prize being a chance to attend a special pre-release screening of Rogue One and tour the Rancho Obi-Wan (which boasts the world’s largest collection of Star Wars memorabilia).

Despite the thematic range of presentation, the uniting (and, one may even say, deciding) factors in the winning films were an impeccable quality of production, strong scriptwriting and unique visual storyboarding, compelling character development, and overall entertainment.

Humour plays a major role in the original films, and those that managed to capture that underlying thread of fun made the cut in the competition.

Without further ado, let us proceed to a brief analysis of the winning entries. 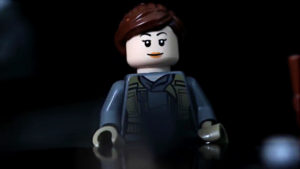 What Will You Become?

The winner in the US/Canada region Adult category was Joel E. from Oregon, USA.

A brilliant animated short, the film features LEGO versions of the Rogue One characters discussing future plans immediately after the events of the film.

Made in stop motion animation and featuring clever references from the series and modern culture like the accompanying series, it makes for an engaging watch. 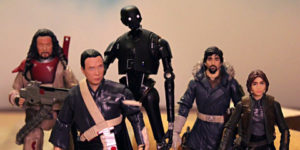 Ian M. from Indiana, USA submitted the winning entry in the children’s category from the US/Canada region.

A stop motion animation featuring the Rogue One character toys, the film is a touching narrative of an incident which teaches Cassian’s reprogrammed Imperial droid how five can be ‘one’.

At a meeting of Jyn and her rebels, it is pointed out that to win against the Empire; they will have to become one.

The droid is unable to comprehend how five people canbecome one when they are attacked by Stormtroopers.

The group defeats the soldiers by working in unity, and the droid realizes that all of them will have to work as one unit, The Rogue One. 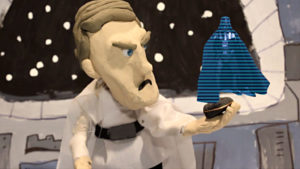 This entry by Luke H. from Ontario, Canada was selected in the Teen category from the US/Canada region.

It focuses on Director Krennic, who is the military leader of the Galactic Empire.

His Stormtrooper guards are unable to carry out simple jobs properly, and he requests new and better ones from Darth Vader, who gives him ‘Death Troopers’.

The short film is unique as it combines clay models of the characters (Krennic, the escaped Wookie) and the set with toys (the Troopers, Darth Vader) for a uniquely stylized stop motion effect combining classic and contemporary techniques. 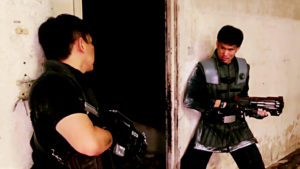 Made by Tan Gin K. from Malaysia, this short film was selected from among the entries from Southeast Asia.

It is a live-action sequence depicting the sending of the last transmission, to find Jyn Erso.

A group of rebels are trying to escapefrom the Empire troops, but their luck is running out as they are killed one by one.

As the last rebel dies, the transmission goes out, keeping the rebel dream alive. 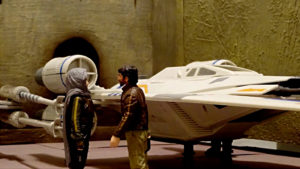 This entry by Jose C. was selected from Mexico.Blending live action with stop motion, the film depicts a toddler playing with the Star Wars toys.

Playacting the scenarios of Jyn’s attempt to thwart the Empire from gaining the plans and parts needed to build their superweapon.

At the end, the toddler puts the toys away, effectively ending the imaginary events. 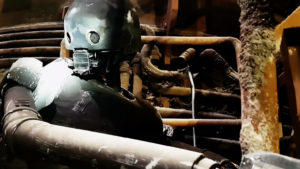 This entry from Germany is by Bernd P. A live action short film, it features the iconic C-3PO and R2-D2.

After their pod crashes in a desert, C3PO dismisses R2 as being unnecessary, the twogo their separate ways.R2.

While exploring and discovers a defective K-2SO droid carrying a data stick with plans for the Empire’s superweapon.

However, R2 is shortly discovered by a Jawa, tying up with the events of A New Hope. 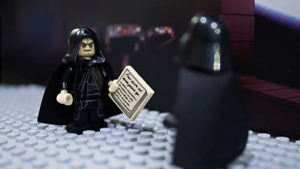 Selected from the Australia/New Zealand zone, this short film was made by Doug T. A stop motion animation made using Star Wars LEGO characters.

The film focuses on a conversation between Darth Vader and Emperor Palpatine of the Galactic Empire, who is trying to come up with a name for his new weapon.

After numerous (and hilarious) suggestions that are met with silence from a stoic Darth Vader, Palpatine arrives at the iconic name ‘Death Star‘. 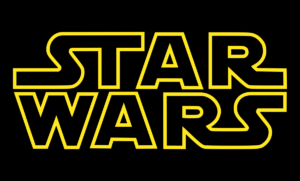 The Star Wars franchise has a huge and dedicated following around the world.

They also organise events every year such as the Star Wars Celebration or the Go Rogue Campaign to keep the spirit alive.

If you would like to know more about them, or learn techniques that you can use to be a participant in these events and competitions, do stop by your nearest MAAC centre.

Here you will be given the proper knowledge on how to do so by our faculty members along with new opportunity to experience.