Red Chillies Entertainment (RCE) was founded in 2002 this company came into function as an Indian Motion Picture Production, and distribution with premier visual effects or VFX.

It is a Mumbai based company.

Earlier it was in the name of Dreamz Unlimited which was transformed into Red Chillies Entertainment.

It is a complete Film studio in India

The studio’s activities revolves round lots of multitasking activities all  across creative development, production, marketing, distribution, licensing, merchandising and syndication of films in India as well as in abroad.

When it comes to digital and marketing innovations and adding Visual effect for films, Red Chillies Entertainments Pvt Ltd has always been the top player in the market.

The company also has a 49% stake in the Indian Premier League cricket team popularly known to be Kolkata Knight Riders.

Red Chillies VFX team is responsible for many visual effect teats to many of the movies we have watched. Movies like Chak De! India, Krrish 3, Don: the Chase Begins Again, Dostana and De Dana Dan are movies completed under their flagship.

The VFX team had won many awards likely to mention are Don:The Chase Begins Again won European accolades for Best Special Effects in 2006.

Then they have, Om Shanti Om as best visual effects from most prestigious Filmfare awards. And is journey follows with, Zee Cine, IIFA, Star Screen, Indy’s and Apsara Producer’s Guild Awards etc. To name a few. 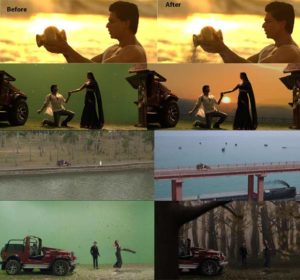 The Movie Ra.One swept  away all major awards in Bollywood for visual effect, which also include prestigious National Film Award and Filmfare Award for Best Special Effects and was even got nominated for the Asian Film Award as well which is really commendable. 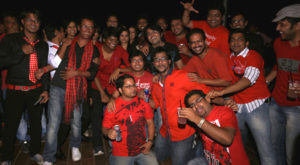 Red Chillies VFX team has the largest manpower among the group companies with staff strength of over 150, working hard day and night to deliver the best effect soothing our eye.

Shah Rukh Khan’s production banner Red Chillies Entertainments Pvt Ltd., which is reportedly targeting at a growth of 25 per cent annual business growth, is set to roll out four to five films every year where the actor himself will the part of few movies.

According to Shah Rukh “We want to make four-five films without me. As a producer I would like to concentrate on the films and visual effects,” told IANS in an interview