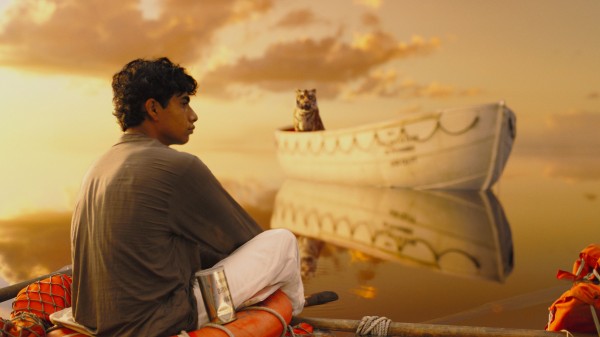 Hi there our today’s blog is about use of VFX in the film Life of Pi. You must be little astonished, because the movie has real life like scenes believe me they are all done using fine VFX.

Life of pi won 11 awards in the Oscars that year. Isn’t that great?We will see today how the movie was made and discuss the scenes that have used in them. 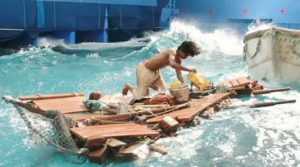 The movie “Life of pi” is an American drama film which is based on Yann Martel’s novel “Life of pi” released in 2001.

The film was directed by Ang Lee. This filmhit the theatres in September 2012 was proved to be a critically as well as commercially successful.

The movie seems very natural in its screening, but major part of the movie is actually filmed using VFX effects. The effects were used to picture the animals in the movie and the scenes at the ocean and aquatic animals.

The VFX work in the film has been done so precisely that it is very though to distinguish between the scenes with real animals and animated animals. 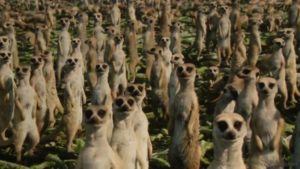 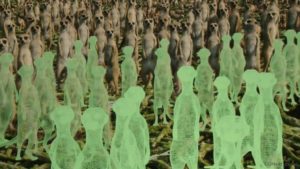 Every shot in the movie was explored artistically making it more interesting. All the shots at the ocean were stunning. These shots left the viewer’s awestricken. 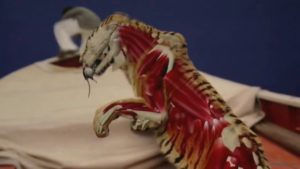 The special effects in the movie “Life of PI” was done by Rhythm & Hues, a visual effects and animation company.

They won the Oscar for Best Visual Effects. It took them more than a year to study and build the animated characters in the film.

The study of behavior of animals in different environment was done in order to screen particular scenes in the film. The scenes in the movies  really were a visual feast for viewers’ eyes.

Now let’s see some of the scenes where the VFX effects were used to screen the shot. 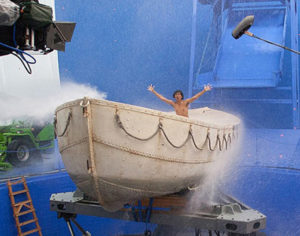 The scenes at the ocean were shot in the huge water tank. High powered equipment’s were used to create the waves in the ocean.

To make the reactions of the actor, Suraj Sharma more real, high strength winds and powerful water blasts were made. 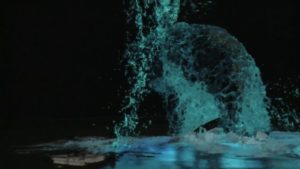 The tank was so massive and at the time of shooting the intense water sequences there were no crew members near the actor and he himself used to replace the items in the scene during the retake.

Loud horns were used to address the actor whether the scene is going on a retake or has been cut.

He also had to remember where to walk on the boat as there may be an animal in the shot at the same position.

The most challenging task for the actor was to act by using his imagination of the tiger and other animals. 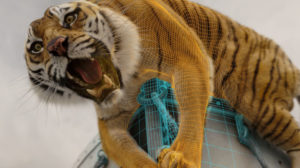 He had to perform the scenes with the costars that were invisible.

After the scenes were filmed, the VFX team has given its best for applying the visual effects on these shots.

The animals used in the film were the hyena, tiger, zebra, orangutan,meerkats,whale and fishes out of which only the hyena was real while the other animals was the work of animation. 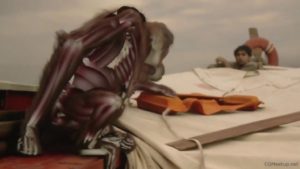 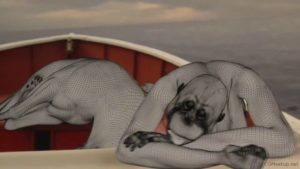 The hyena was there in the film for only seven shots and it was away from the actor in every scene. The orangutan was an animated character. The design of the orangutan was its anatomical structure. It helped the artists to animate its movements in the scene.

The tiger, Richard parker, there are only few scenes where the real tiger has been used otherwise most of the scenes the computer generated tiger was used.

Mapping out the details of each and every scene of tiger, his position and posture and what he would be doing.

The toughest scene to film was where the tiger is in water, in the midst of the storm. The tiger’s eyes had to match with the boat. 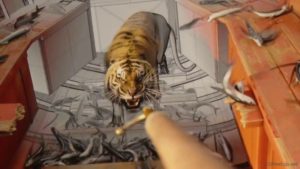 For this the Visual effects team studied the real tiger and its behavior. They needed to spend hours on studying the footages of real tiger.

The tiger was designed with so much of detailing that it has created a benchmark in VFX industry.

The anatomical structure was built to design the tiger and it enabled the animators to trace its movement. This made the tiger more realistic.

Talking about the ocean, the scenes at the water were meant to be the very realistic. 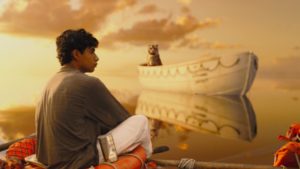 So water was treated as a separate character in the movie.The time of the day whether it is sunrise, sunset or middle of the day was a deciding factor for color of water.

The color of the water needed to match with the scene. The water used in tank could not give the original effect to the shot.

So it was to be blended with the VFX effects to give it the real life effect needed. All the waves in the water tank were extended and improved with the help of computer graphics.

If you have watched the movie, you will recall the scene where a whale jumps around the Pi’s boat. 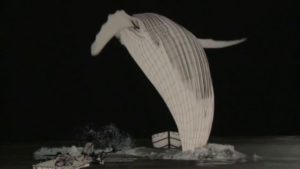 The scene is not just screening the whale but also the disruption in water that whale’s movement causes.

The shot is truly done fantastically. The whale is enormous and thus throws huge amount of water on the boat. The picturisation is done very cleanly.

Another scene where the luminescent planktons is used, it is the scene where Pi remembers his story and what happened to his ship, animals on that ship, his mother and family.

The imagination of Pi is the main motive in the scene. The sequence is completely done using the visual effects. It is the most emotional scene in the movie and VFX adds an extra edge to it.

So these were VFX effects in the film “Life of Pi”. The hard work of the VFX team of this movie paid off and it became the popular movie of 2012.

It is not to be forgotten that they won Oscar for this film. The movie “Life of Pi” has set a benchmark for other films in terms of VFX effects.