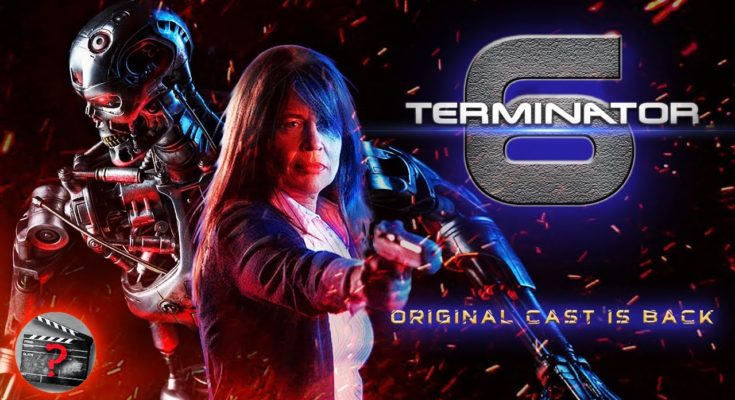 Hello, Good News for the fans of Terminator 6.

This year Hollywood is back with its new upcoming movie Terminator 6 scheduled to be released this year.

Today this blog will focus upon “Terminator 6” Behind the Scenes.

Terminator Movies which started way back in 1984 as The Terminator.

All the terminator movies have released with a gap of 5 years or ten years.

Behind The Scenes of Terminator 6 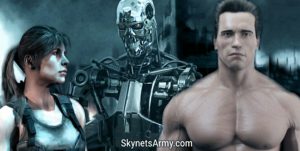 Terminator 6 or Terminator: Dark Fate is back with its two original casts that is Arnold Schwarzenegger and Linda Hamilton.

Arnold Schwarzenegger and Linda Hamilton who paired up in the initial two Terminator movies came back after a gap of more than two decades in this recent movie.

Arnold Schwarzenegger will get a digital body which will look younger and strong.

This time we could be able to watch liquid metal skeleton figure with red Iris.

Directed by Tim Miller this Science-Fiction film has been developed by James Cameron.

Story of this version has been developed by both James Cameron and Tim Miller but the screenplay is written by David S. Goyer.

Terminator 6 will be full of VFX and CGI similar to the previous Terminator movies.

It is being discussed that Terminator 6 is a 255 million dollar budget movie.

Distribution procedure will be handled by Paramount Pictures in North America whereas Walt Disney Studios will do it for other territories.

ILM or Industrial Light and Magic studio is working on the VFX of this upcoming movie.

In Terminator 6 Arnold Schwarzenegger will play T-800 role and Linda Hamilton as Sarah Connor, the mother of John Connor. 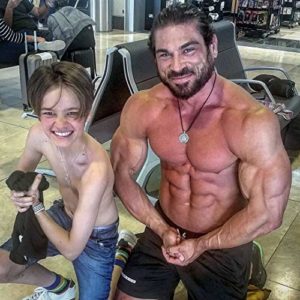 Brett Azar will serve as the body double for the T-800 or Arnold with facial likeness through the use of CGI.

Brett Azar’ body will get the face of young Arnold through Computer Generated Imagery.

Artists at ILM will create the digital double so real that audience will be in confusion.

Each and every digital body parts including the eyes will look absolutely real. 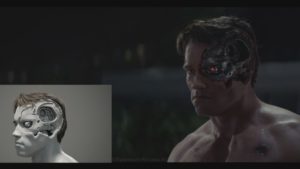 Arnold’s face will be scanned and recorded to create a 3D model of Arnold.

The computer generated 3D model Arnold will have VFX and animation effects for the action sequences.

Jude Collie will serve as the body double for a younger John Connor, as young Edward Furlong’s facial likeness being applied through the use of CGI.

Similar to the previous movie this time too Linda Hamilton has gone through an extensive physical training to deliver action shots in the movie.

Director Tim Miller was so excited to see 62 year old Linda as Sarah that he expressed his feelings in words as “She is as strong as her character, as meaningful as she is to action stars everywhere”. 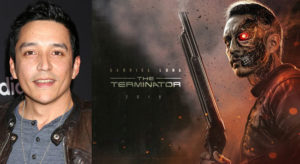 Gabriel Luna will serve as a Terminator in this movie.

Motion Capture technique will be used to capture Luna’s performance for the Terminator.

Terminator will get special effects through the digital software.

The partial metallic face of the terminator is the result of 3D modelling and texturing.

As story developer James Cameron is always obsessed with the future of humanity.

In an interview James Cameron said that “I am always optimistic about people and our capacity to solve problems but when I see how people lose their sympathy when they get into positions of power I lose hope”. 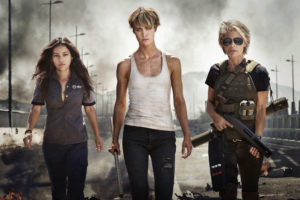 Colombian actress Natalia Reyes will play the role of Dani Ramos, one of the new leading roles.

Dani Ramos as a young woman in Mexico City becomes caught up in the battle between humanity and the machines.

Mackenzie Davis will play the role of a soldier-assassin named Grace, a cyborg sent from the future.

With female characters more in number it will be a very female-centric movie.

This movie will introduce a new generation of action heroines. 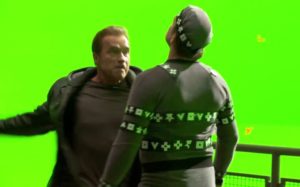 Action sequences have been captured inside the studio with the Green Screen at the back.

Chroma keying will help to add the real location background during post-production stage.

The movie events will take place in Mexico City and will centres around Dami Ramos as she will find herself being hunted by Luna’s Terminator.

Lots of Mo-Cap stunts have been recorded, actors will perform crazy action scenes with the assistance of VFX.

Motion Capture has been used to record Arnold’s action performances and animation.

Digital technology contributed a lot in the making of this movie.

Actor Enrique Arce’s body has been scanned with multiple digital cameras surrounded for one of the many appearances of new Terminator villain.

American actor Chris Pratt too has gone through the process of photogrammetry where scanning of the body takes place for 3D models.

Along with Arnold, Chris Pratt and Enrique Arce are also involved in action scenes.

ILM studio artists are working hard on the CGI and VFX part of the movie.

After the huge success of Terminator2: Judgement Day, Terminator 6 will be a great platform for Arnold and Linda to show their real talent.

Terminator 6 is going to be a huge interesting battle between Man and the Machine.

So be ready to watch action filled Terminator 6 which will hit the theatres in this year.

MAAC Institute Kolkata is expertise in the field of Multimedia; join us to know about us.