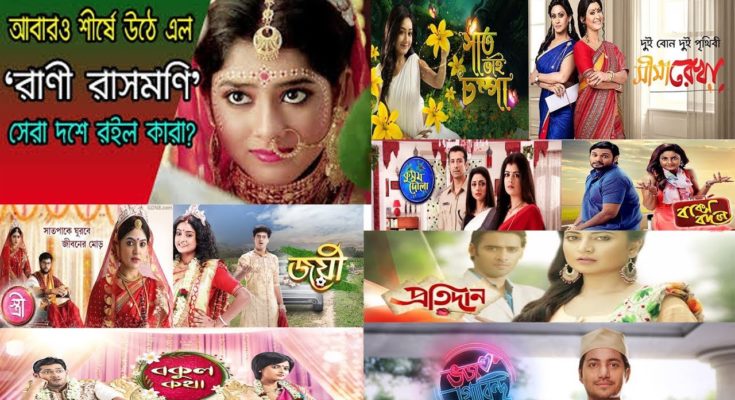 Hello Friends as we all know that the use of VFX is very common now days in Movies as well as in Television.

Serials based on Indian Mythological stories use the visual effects more compared to romantic stories or comedy.

As the use of real animals is forbidden for their safety purpose most filmmakers rely on the computer generated images or CG animals for the plot purpose.

Today in this blog we will go through Bengali television serials which uses VFX to create visuals that is impossible to shoot on the shooting set of live action.

Bangla Channels with different serials at every half an hour makes us astonished with its visual contents.

Colors Bangla’s serial like Mahakaali was dubbed from the Hindi serial of the same name.

Mahakaali has high visual contents; it portrayed the goddess Parvati and her alter ego Mahakaali.

To fight with the demon Parvati changes into Mahakaali the most destructive incarnation of the goddess.

Each and every episode of Mahakaali is highly illustrious and crafted with Visual effects. 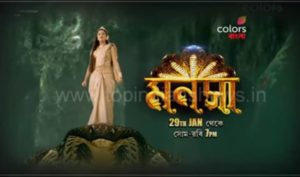 The story is written by Saswati Ghosh and produced by Subroto Roy Productions.

Colors Bangla’s story Manasa is running successfully at every contemporary household in Bengal.

Manasa has gripping storyline and path-breaking VFX along with commendable performances.

Manasa, the snake deity is the wife of sage Jagatkaru; Manasa fights for her right to be worshipped as a goddess after facing rejection from her father (lord shiva), goddess Chandi and husband (sage Jagatkaru). 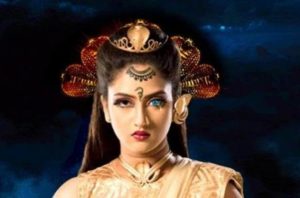 In the above picture the blue pupil of the eye is crafted with the help of effects.

The makeup session takes about three hours for the character Manasa.

Computer animated snake with five head appears in this serial; the CG snake can reduce or enlarge its size according to the demand of the story.

This serial uses a lot of Computer generated backgrounds such as the palace, village and the swarg lok or heaven the kingdom of gods.

To create fire coming out of the mouth or river water VFX is used most commonly.

In this serial Manasa has a character of temper and discouragement; the reason for her anger is rejection by her father (lord Shiva) and her husband.

It is about the victimization of snake goddess by the male Hindu gods.

Actress Chandi Saha plays Manasa in the serial along with Indrajit Majumdar as Shiv, Aditi Chatterjee as Parvati, Debraj Mukherjee as Sesh Nag and Samata Chatterjee as Kal Nagini.

Shibashish Bandopadhyay is the researcher for this serial, Tanmoy Chakraborty is the art director and the music is composed by Devjit Roy. 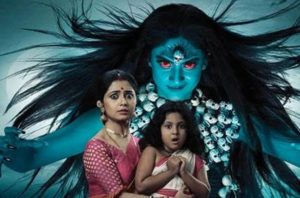 Nishir Daak (Call of the night spirit) is another serial which deals with supernatural.

Produced under the banner of Shree Venkatesh Films; it is telecasted on Colors Bangla Channel.

The story follows Shreemoyee who tries to protect her daughter Tara from the evil spirit Nishi.

The long black hair of Nishi which floats and spreads in all directions to engulf everything is no doubt been created with VFX.

The red eyes of Nishi and the skull at the forehead are the outcome of VFX.

Nishi’s long hair can kill anybody and can create havoc in the surrounding, the visual effects and the sound of this serial will definitely make you to scream.

Nishir Daak is about fear, suspense, supernatural incidences and the victory of good over evil.

Lots of supernatural images and lighting effects will send shivers down the spine of the audience of this serial.

Directed by Rupak Dey and written by Sahana Dutta the suspence drama revolves around Tara who is blessed with divine power.

It follows princess parul who is determined to bring back her seven long lost brothers.

Saat Bhai Champa is based on the stories of Thakumar Jhuli.

Simple storyline and the visual effects made this serial popular over night. 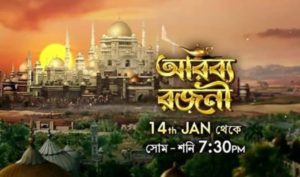 Arabya Rajani by Colors Bangla follows the story of Sultan Shahriar and his begam Sheherzad of 1001 nights.

This show has lot of special effects; the production team has taken special care of the shooting sets and the costumes.

Along with the main character Jasmine and Gaurav many other popular actors are also playing their roles.

The production team used Chroma-Key effects during the shooting.

Digital Lamp was created for the story Aladdin’s Magic Lamp.

The Blue coloured Jinni can vanish anytime from anywhere.

For the story Ali Baba and the Forty Thieves the magical cave was the gift of visual effects.

The huge ship, eagle with red eyes and many other things were also crafted with computer for the story Sindbad.

To bring back the essence of Arabic Nights lot of background images were developed with the VFX. 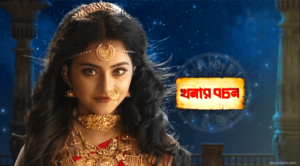 Khonar Bochon is one of the recent serial which started on 14th January of 2019.

The story is based on the life of Khona an Indian poet and legendary astrologer.

Khonar’s advice acquired the character of an oracle in rural Bengal.

In the serial Khona is a princess who comes out of the palace and stands beside the common man.

With the advancement of technique more and more serials with VFX will continue to come on the Television screens in the near future.