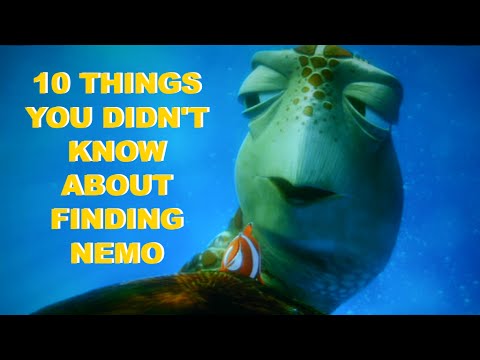 Finding Nemo one of Pixar’s most commercially as well as critically successful film . 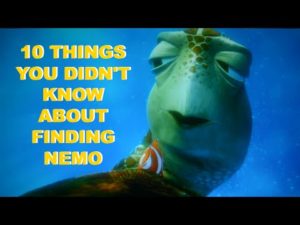 Released in 2003 the underwater masterpiece of a film did not become a guaranteed goldmine in terms of the production house.

The film had a rocky road leading to its status as a blockbuster.

There are various little known facts about the movie.

The article speaks about the 10 less known facts about the film Finding Nemo.

The sea anemones in which nemo and his father lived in were animated to stand up against gravity and sway about in the water using the same technology used in the movie Monster Inc. to create Sulley’s massive amount of hair.

Most of the time than not the simulator for the task did not function properly and the anemones needed to be animated by hand. 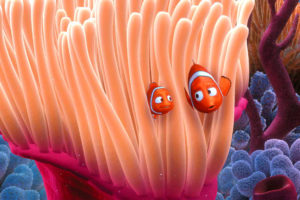 THE FILM WAS AN INSPIRATION OF THE DIRECTORS OVERPROTECTIVE NATURE

The film was an outcome of a very personal space of the co-writer director of the film Andrew Stanton.

Stanton was a relatively new father when the film was under development.

Stanton channeled his overprotective instincts towards his baby into the character Marlin, Nemo’s father.

He was also extremely drawn to the aquatic life ever since childhood and used this lifelong interest of his to create an extremely emotional story of the challenges that a loving father needs to face to become a good father. 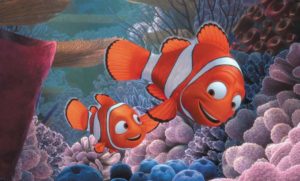 THE CORAL REEFS OF THE MOVIE

The coral reefs of the movie were a huge concern for the animators.

Since anyone who has gone for scuba diving or has seen the live telecasts of the underwater expeditions know that the reefs are extremely complicated structures.

The animators had to make the reefs for the movie in such a way so that they were believable and at the same time simple enough for them to create.

They solved this concern by creating the reefs splitting them into three main structures.

They had tall vertical shaped reefs, big horizontal and flat reefs and there were round masses which were another form of reef.

The designs were quite believable for the audience and simple enough for the animators. 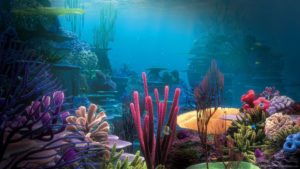 The film production process of Pixar is a multi-tiered process.

They have the first step in which has a basic premise pitch to the creative team leaders.

The first step is then followed by a written story treatment.

Usually scripts are written after the second tier is cleared.

Andrew Stanton was found to have a script ready even before the second step began.

Finding nemo is the only film in the history of Pixar to have progressed in this manner.

Staring at a fish tank filled with those multi colored fishes, at your dentist’s appointment or somewhere else you often notice that light seems to pass through the body of the fishes and reach to you creating a halo of some sort.

However explaining the happening of the same to animators and explaining it to such a precision so that they can recreate it is a very tough job.

Andrew Stanton took up the challenge and during the developmental stage of the movie was born the phrase “gummy effect”.

The phrase was what Andrew had used to explain the phenomenon of light passing to his creative heads and animators so that they can recreate and use it in the movie.

The phrase was born as he compared the phenomenon to light passing through a gummy bear.

THE ART TEAM OF THE MOVIE UNDERWENT MARINE TRAINING

Prior to production the art team underwent marine training and took courses and attended lectures on marine biology, ichthyology and oceanography.

They were even enrolled into scuba diving classes.

The main motif behind all this training was to recreate the look and feel of the characters and the atmosphere of the movie to perfection.

The shells of the turtle kids were created in such a way so that the patterns resembled those of Hawaiian shirts.

They mainly had three motifs these were a big centralized flower, several small flowers or a tie dyed motif. Didn’t notice that while watching did you? 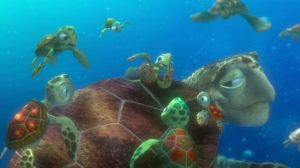 The dull eyes of the normal fishes were not helpful in imparting expressions to the characters of the movie.

Thus the creative team had to refer elsewhere for the expression of the fishes.

The Pixar team used dogs as models for obtaining the facial expressions of the fish characters.

This was because dogs are the most expressive members of the animal kingdom and they helped immensely in obtaining the model for the eyes of the fish characters. 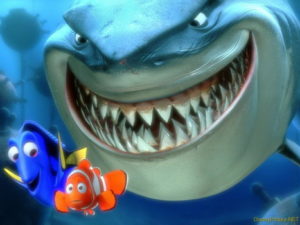 The various practical jokes that Darla Anderson the producer of Monster Inc. has played on Andrew are not a secret.

Thus she believes that naming the girl in braces who was a villain in a way for the little fishes is a way of he got back to her. 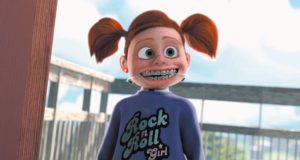 DISNEY CEO THOUGH FINDING NEMO WILL BE A FAILURE

Michael Eisner the then CEO of Walt Disney Company’s was the most defeatist about the success of the movie.

He believed that this film about the underwater adventures of talking fishes will be a reality check for Pixar.

The only positive take that he had about the movies was that during contract renegotiations with Pixar the commercial struggle will be helpful.

His lack of trust in the movie was thwarted when FINDING NEMO became a blockbuster and is still one of the most watched movie after so many years of release. 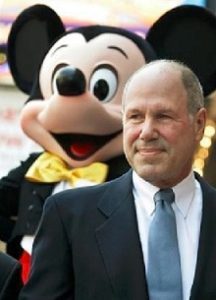 Thus these were the 10 hidden facts about Finding Nemo. Just to give you a bonus for reading through my article here’s another unknown fact related to the movie.

After its release the sales of clown fish as pets drastically increased and caused an extreme stress on the clown fish sellers. 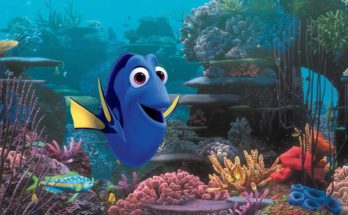