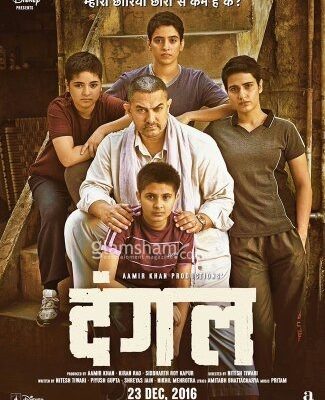 Dangal- The wrestling competition creates a history in Indian cinema by amazing blend of vfx techniques in the movie.

The film has to shown multiple decades where the cinematographer and the colorist experimented with a number of tests for skin tones and costumes during the pre –production. 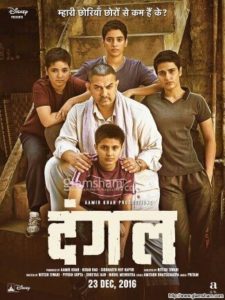 For portraying the 1980’s they have to maintain hot yellow warm skin tones at the day and for night segment bulb warm tone was chosen.

Lots of vfx plates were used and digital intermediate process was also included in this.

For the fight sequence in the office the team have used white hot sky contrasting with the warmth of mud effect and vfx.

For the mud wrestling VFX artist have saturated mat colors with yellow, red, and blue for restricting the saturation to reflect.

It was not an easy task since the interior were lit with fluorescents, where CRI is lower color reproductive another important and challenge was to maintain the vintage look along with the sculpted physics during his youth.

It was difficult to maintain such balance but digital intermediate artist maintain it with a grade that was neither gimmicky not so subtle.

Prime Focus team doesn’t shoot the sequences chronologically, the DI tools smoothen the flow between scenes which has enhanced the emotional quotient and made viewing experience seamless.

This film was the fifth highest grossing non English film.

The movie has delivered a good impact on the mind of the viewers.

The film is a biographical sports drama based on the story of Mahavir Singh Phogat, Who was an armature wrestler.

He has a dream to win a medal for his country but somehow it does not materialize . So he trains his four daughters to become The World Class wrestler.

The film was directed by Nitesh Tiwari, and produced by Walt Disney Amir khan Production and UTV motion pictures.

Nitesh Tiwari has started to develop the screenplay in 2013.

The shooting spot was selected at Haryana.

The principal photography was started in September 2015. 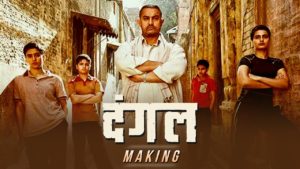 The Development of the film has been started in 2012.

Divya Rao a member of Disney’s creative team has read a newspaper article about the story of Mahavir Singh Phogat.

She got an idea, that in Indian states like Punjab, Haryana, UP and MP where girls are treated like anything, amongst them Mahavir Singh trained his daughters to become the World Champions.

She has a thought to make it a great film and it would also boost the girl child conservations.

She has a discussion with another Disney personal Siddharth Roy kapoor.

After the discussion Disney approached Nitesh Tiwari for converting it to a full script and also requested him for the direction.

The story was very dramatic, and the best part is that it has emotion and also has a lot of humour.

When Kripa Shankar heard the story he was very enthusiastic about the future of woman’s wrestling in India. 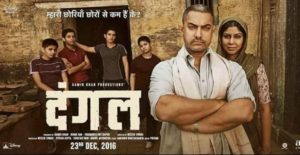 As the story went on Mahavir Singh Phogat was a former wrestler and national champion based in Balali a village of Haryana.

By the circumstances of the poor family and also by the pressure of his father Mahavir had               to quit the sports and engaged with a company job.

He has regret that he could not win a medal for his country.

He always has a dream to that may his unborn son will fulfill his desire.

But in spite  of son he has four daughters.

Disappointed upon four daughters he gave up all his hope.

But one day his elder daughters Geeta and Bobita came home by beating up two boys who had misbehave with them.

After watching this incident his unsuccessful dreams got an air.

He realizes his daughter’s potential to become wrestlers and he started to coach them.

His daughters were really stunt by watching their father’s behavior.

His method was odd and difficult includes early morning workout and short haircuts to avoid lice.

Mahavir has to face lots of backlashes from the villagers but instead of their marriage he was determined to prepare them as the World class wrestler.

For the training he made a mud pit.

Initially the girl’s have taken this as their father’s madness. But soon they realize the importance and being the stereotypical wives that would be the best future.

They motivated and willingly participate for the coaching.

Mahavir took the girls to the local wrestling tournaments, where they had to fight with the boys.

Successfully they defeated the boy’s. After such success, Mahavir trained them free style wrestling for the competitive events.

Unable to buy wrestling mats he trained them with normal mats.

After the long fight Geeta won the junior and senior championship at the state and national level.

She got the entry of National Sports Academy for forthcoming Common wealth Games.

Joining the academy Geeta had number of friends.

She forgot the life style and discipline which she used to maintain in the guidance of her father.

She watches television, eats junk food, grows her hair and many more.

Somehow she realizes that her father’s techniques are become very old and what she is learning from the academy is better.

During a home visit she defeats her father with the new techniques.

But in the National level she has lost every game.

After that she got the feel that her father techniques are best and right.

Academy coach noticed all this and he wanted to expel these two girls from the academy.

But ultimately she headed in 55 kg and became the first woman wrestler to win Gold for INDIA. 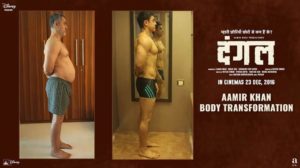 Amir Khan had to play two distinct roles in the movie, one is 60 year old Mahavir Singh Phogat and another one is 20year old version of Phogat.

Amir had to gain around 30 kg of weight to play the wrestler’s old age version and he had to lose weight for second phase of the film.

The shooting schedule placed at Narengwal, Gujjarwal, Kila Raipur, Dongo and Leel of Punjab and Haryana.

The team filmed the wrestling sequences at the Shree Shiv Chatrapati sports complex in Pune.

For the shot of Common Wealth game and National games they have chosen “Thyagraj” stadium.

The first sequence of the movie was done in a school of Dango village which is located in Pakhowal Tahsil Ludhiana .

The akada shot was also taken at Toosa village of Ludhiana.

For the Commonwealth wrestling scene the team has used multiple cameras and lances, constant changes of angel created variation in texture of   final image.

DI helps the images to become consistence which follows a realistic view.

The film was released on a record number of a screens world wide.

The VFX work behind the scene makes this film one of the widest releases Indian feature film.

339 Comments on “Behind The Scene Dangal Use of VFX”