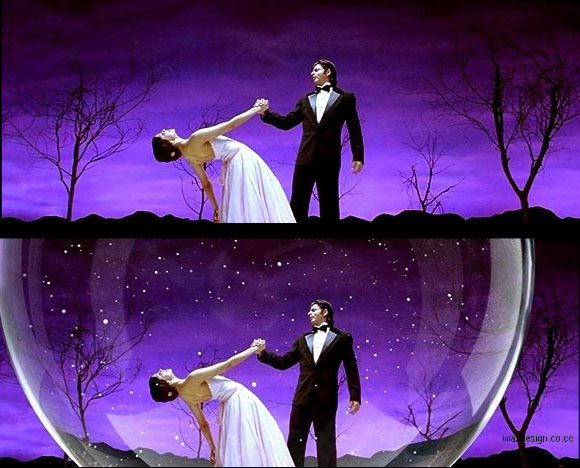 Reading the topic you might feel like “Really… what is the need of using the VFX in Bollywood songs?” they just need hero, heroine, a set, and a number of dancers behind them.

Though this was the scenario before but now-a-days the concept of picturisation of movie songs has completely changed.

Nowadays there are hardly any movies left that hadn’t used VFX in them.

The most breathtaking sceneries that you see in the movies and songs are done using visual effects.

We will discuss such Bollywood film songs today that have used these tricks, called VFX.

VFX is not only used to add effects in a scene that exaggerate its beauty but also in scenes that has some errors such as toning of  hero or heroin’s face and body, adding backgrounds, adjusting light effects and many more to enhance the visual appeal.

The most popular extravaganza of 2015 Bahubali is the most accurate example of what VFX can do.

The fabulous effects in Bahubali left the audiences awe-strucked.

It is the most expensive movie of Indian film Industry. The VFX effects are made with such detailing that while you watch it, and get a feel of life. 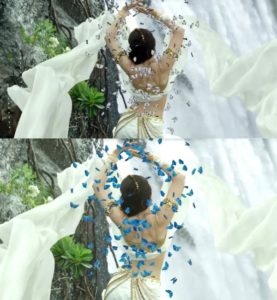 The song “Dhivara” is so amazing that it would hardly get off viewer’s mind.

The beautiful Tamanna Bhatia is flaunting in the song playing Avantika.

The scene where the butterflies are resting on her has grabbed attention all over.

This view that inhibits your beats was actually the magic of the visual effects (VFX).

Actually there was no waterfall, nor is Tamanna’s white scarf fluttering as you have seen in the movie. 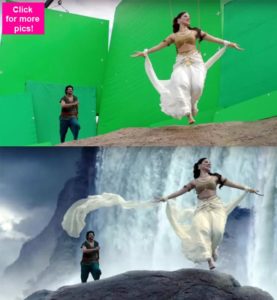 This was a single example but there are numerous such songs that have used visual effects.

A south Indian film “Egga” or “Makkhi” in Bollywood which was released in 2012 is another best example of use of VFX effects.

It is a story of a protagonist who is killed and he takes rebirth in form of a fly and takes revenge.

The most amazing song of the movie is “Makkhi hoon main makkhi” where the fly is seen dancing with others like it. 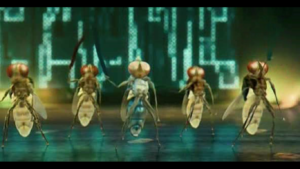 The song is just like the other famous songs in Bollywood but completely done using visual effects.

The song is quite cheerful and you will definitely like the flies doing the break dance.

The main focus of VFX was given to the designing of the fly’s body, especially the eyes. The aim was to make them more expressive.

Do you remember Akshay Kumar and Dipika Padukone’s movie Chandni chowk to China? It has a romantic song “Tere naina” that has used the VFX effects to pasteurize it. 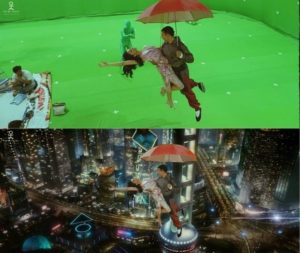 You can see how VFX is used to create the complete city. The VFX is also used picturising various other scenes.

The song “Tera rasta chodu naa” depicting a romactic sequence between Shah Rukh Khan and Dipika Padukone from the film Chennai Express is another example of such tricks. 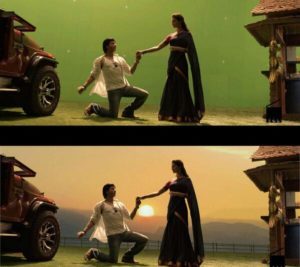 As you can see in the images how the shots are taken and after the VFX process is applied, the final scene is just mesmerizing.

Another good example is the song “Daru desi” from the famous movie Cocktail.

The scene in which the actress is seen sitting across the balcony is actually done using the VFX. 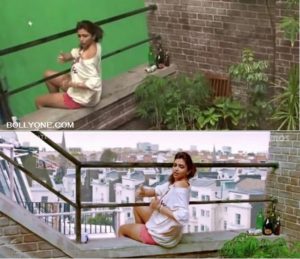 In the shot you can see the city in the movie but actually the scene was shot like this.

The movie Dhoom 3 which was released in 2013 was a complete action package.

The famous song “Malang Malang” and various other parts of it are also another example on vfx effects implementation.

The circus hall shown in the song was completely made by the use of VFX effects. The audiences sitting in the hall was also created of VFX techniques.

The shot from the film Mohenjo Daro’s song “Sarsariya” filming Hritik Roshan and Pooja Hegde which was released in 2016.

The complete set design is done using VFX. The image shows how the effects has been done while shooting the song and its screening in the movies.

The movie Bajirao Mastani, released in year 2015, has a song “Mohe rang do laal” showing Dipika Padukone dancing beneath the fort. 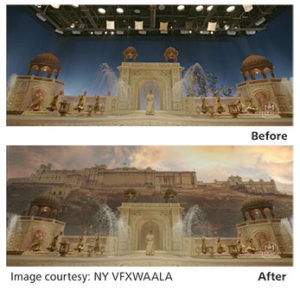 The fort is actually put in the scene by using VFX.

The image below shows how the song was shot and the post production scene of the film was shorted.

The picture of Amber fort of Rajasthan is shown in the scene. The visual effects add more essences to the song relating it to the historic events.

The film shows the seventies and eighties of Indian film industry. In the song Dipika Padukone is seen romancing and dancing with heroes of previous times. 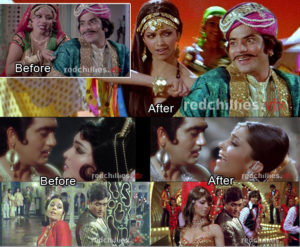 But in reality it is all done with the help of VFX software. The effects have been given so cleanly that it can hardly be define difference between the two.

Another song from this movie is “Main agar kahoon” that has vfx in it. 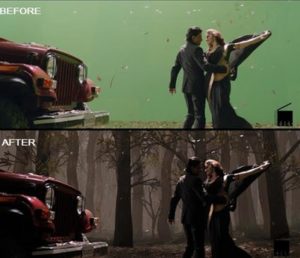 This song has many visual effects but to name one is the glass effect was seen in a small dancing shot in the song.

This glass effect has made the scene dreamier. 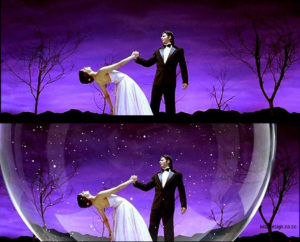 Not only this, the movie has also won Filmfare award for Best Special effects category.

These were some examples of use of VFX in Bollywood film songs.

Songs in Bollywood movies are heart of it. We cannot imagine a movie that doesn’t have a song in it.

We Indians love watching movies and listening songs. Even before release of a movie its songs are released.

And if the song is sounding good and its looks spectacular then that song becomes famous like anything.

The VFX industry is giving its contribution in the Indian film industry. Hardly a song or movie sequence can be seen where VFX is not used.

Hence it is becoming its core part. Not only in films but in Television industry also visual effect is becoming more popular we are already discussed in our previous blog on the same.

So this is a short briefing on use of visual effect in picturising Bollywood film songs.

There more movies and songs striking this year with marvelous special effects. We will definitely get more this year.

296 Comments on “USE OF VFX IN PICTURISING BOLLYWOOD FILM SONGS”