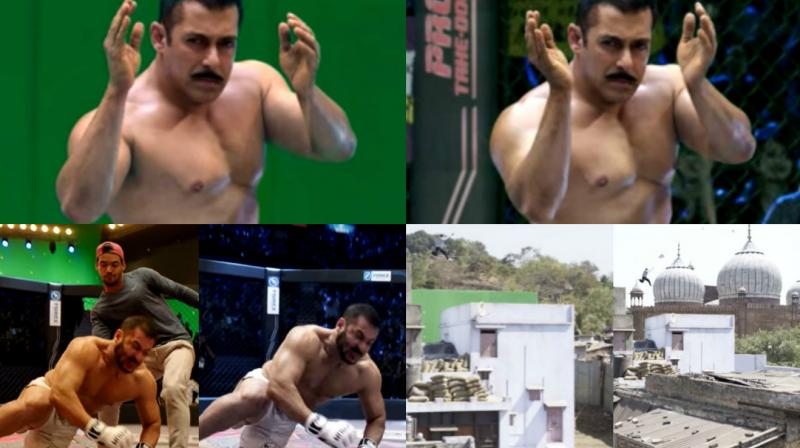 Salman Khan‘s  movie ‘Sultan’ was no less than a storm at the box office breaking almost every record the film proved to be a huge success. This movie has lots of VFX shorts which has enhanced the look and feel of the movie.

The film went on to earn a collection of over Rs 300 crores at the domestic box office in the year 2016.

Since the film revolved around the sport of wrestling world, its take was much bigger than any usual Bollywood film.

Despite having large sets erected, a major portion of the film relied on the power of VFX.

Lots of scenes from the film were created by the power of visual effects.

However, technology also played an important part in the success of Sultan.

Yash Raj Films released A two-and-half minute video where it exhibit the breakdown of just how much green screen was used in the movie while shooting the wrestling scene in the movie Sultan. 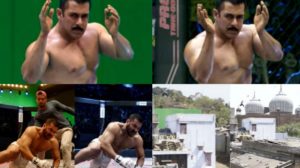 It reveals many small bits of background scenery that were inserted via VFX into the fight scene and other action sequences in the film.

In fact, if you’ve seen Sultan, you’re probably going to be astonished to find out just how much was chroma-keyed in later – buildings, crowds and other pieces of window dressing were used to create the look and feel.

The film was also perhaps the most honest portrayal by Salman on screen.

The actor worked hard on his body and this reflects in the film indeed.

In one sequence, Salman can be seen jumping with a green background. But in the movie, the viewer sees Salman jumping from a building to another in Old Delhi and makes the viewers astonish with such tricks.

In another interesting scene, Salman is seen dancing on the popular number 440 volt. But in the movie, one sees firecrackers emanating from his hands. Obviously if it would have been short in reality such gimmicks would not be possible. 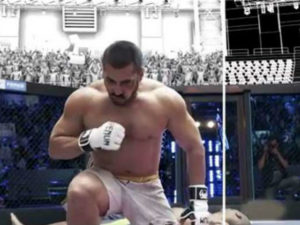 In another scene where VFX technology has been brilliantly used is to create the crowd in Salman’s wrestling matches.

His action packed wrestling scene, the natural light has been modified with the help of software in accordance to the requirement of the shot. And  all the structures in the background  seen during  Salman’s run to catch a kite has been created on a computer in CG.

The green screen, as seen in the video, is replaced by what actually shows up on screen.

Again it is a quick trick of VFX used interestingly in the movie to engross its viewers.

All in all, one can clearly see how visual effects have made the life of filmmakers easy. Otherwise one wonders how Salman can shoot in Old Delhi or any other crowded location without attracting attention.

So the crucial component that also deserved some credit was the VFX technology that enhanced the visuals of the scenes in the movie. 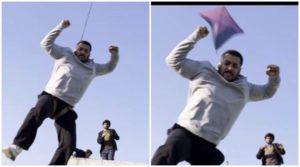 VFX has become an important tool for every film nowadays, for which a substantial amount of the film’s budget is being utilized. So with almost all the movies in Bollywood industry requirement of skill VFX artist is very vital now a- days.

And its is booming career for aspirant VFX artist. So people who are really looking for a glorious career in Film Industry VFX is such a platform which will actually make your dream come true. 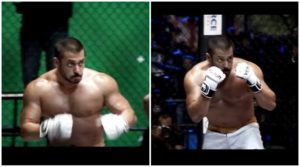