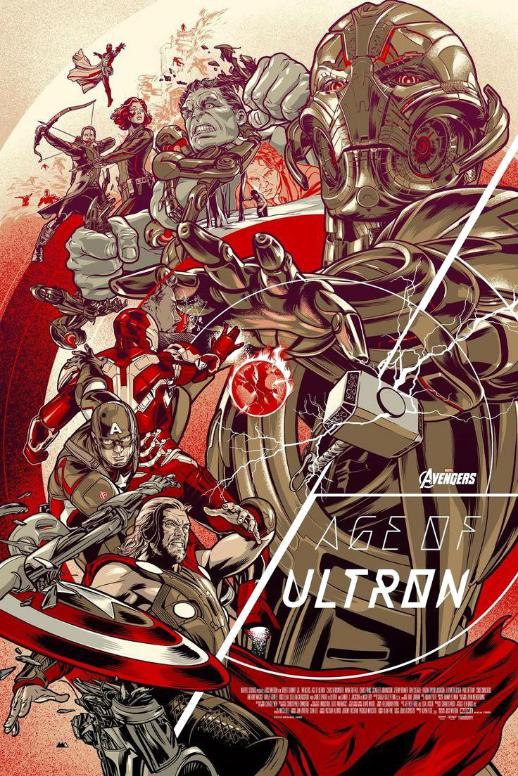 The Age of VFX has seen its share of upgrades since the silent black and white era cinema. When Chaplin dared to make a film on Hitler, he didn’t hire a supernatural amount of crowd members to be present in his scene; he used VFX.

King Kong was never a real thing, but VFX made it possible for the giant gorilla to be shown rampaging up a building. The historic flying bicycle scene in ET by movie genius Steven Spielberg was also done through the magic of VFX. In today’s generation, VFX is an integral part of movie making. 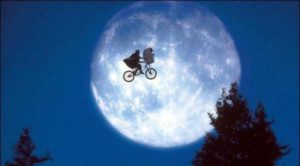 Superhero movies have been hitting the theatres since 1920, when the Mark of Zorro was released. MARVEL Studios was about to declare bankruptcy in the year 1996, but they had a last card to play when turned out to be their one-way trump card to cloud nine of success.

They started the MCU (MARVEL Cinematic Universe) under the guidance of Joss Whedon and Kevin Feige. The Marvel Cinematic Universe (MCU) is an American media franchise and shared universe that focuses on a series of superhero films that are independently produced by Marvel Studios based on characters that appear in the publications of Marvel Comics.

The franchise has expanded to include comic books, short films, television series, and digital series.

The first film released in the MCU was Iron Man (2008), which kicked off the first phase of films that culminated in the crossover film Marvel’s The Avengers (2012).

Theatres were swarming with members of all age demographics. The world loved it and MARVEL embraced the attention to continue on and produce two more phases and plan for the fourth.

Phase Two of MCU saw the return of the Avengers in the movie “Avengers – Age Of Ultron”, where the team once again assembled to fight of a secret World War 2 Nazi-based cult society that survived since then, called Hydra.

The Avengers at the beginning of the film raid the last standing outpost of the Hydra at Sokovia and retrieve a weapon.

Tony stark AKA Iron man then decided by himself to return to normal life and retire from being a superhero. He had to create some kind of substitute to take up his time, like an AI intelligent enough to detect threat and subdue it before any crisis even happened.

So he and Dr. Banner AKA Hulk created Ultron. But their project went south real quick and Ultron makes an enemy out of humanity because humans are more dangerous to themselves than anything else, and plans to destroy the earth’s population.

But the Avengers help save the day from an army of intelligent robots created by Ultron in the end in a thrilling action sequence. As exciting the movie sounds, it takes a lot of time to shoot, execute and finally release a film on this big a scale.

All the stars present in the same set is both exciting and severely stressful to direct and pay attention to each and everyone.

Joss Whedon said in an Age of Ultron promotional interview to CNN that, “This one was harder than anything I have done, both structurally and physically”. So even if the film looks great, it’s what happens behind the scenes that tells us the whole story. 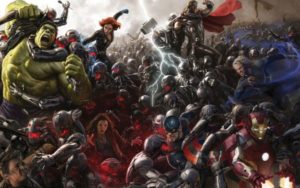 In the same interview, other cast members were asked about their experience on set with Joss and they had some pretty funny stories to share.

Cobie Smulders (who plays Agent Maria Hill) said, “Joss does an amazing job of keeping the set happy and fun, and everyone is happy and well”.

Chris Hems-worth and Chris Evans mischievously revealed that them being together again on set felt good and they made a lot of commotion and felt like they were back in high school, but Joss was like their Principal and shouted at them several times to make them work more seriously.

The development of the characters in the movie is very interesting. Tony, the fast moving, narcissistic genius is shown to have grown closer to life.

He is shown to fund every student’s project at MIT but doesn’t get personal with them; he is also shown to not like being a superhero because the love of his life is avoiding him just for being a superhero all the time, which is exactly why he wants to retire and consequently creates Ultron.

Bruce Banner, who prefers being a loner because he knows being the Hulk might get him (and others with him) in trouble, is growing a love interest for Natasha but is hesitating to move forward with that train thought; Natasha, too, is shown to be a tortured cult product from Russia where she is taught to be a cold blooded killer and turned infertile.

Steve Rogers, the perfect soldier, is shown to carry the burden of the failures of his team. Thor, after rejecting his throne at Asgard and living on earth with his lover, loses his motive to be a hero but finds it again because of a nightmarish premonition.

Clint Barton AKA Hawk-Eye is shown to have a family isolated and living off the grid so that they are safe from any danger he might be in.

Ultron, too, is developed as a great character – originally created to save humanity, he grows into a killing robot because he concludes from all his knowledge that humans are their own worst enemy. 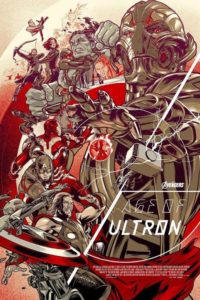 MARVEL studios have been excelling in the VFX department from the first Iron Man film.

Visual effects are often integral to a movie’s story and appeal. Although most visual effects work is completed during post-production, it usually must be carefully planned and choreographed in pre-production and production.

Visual effects are primarily executed in Post-Production with the use of multiple tools and technologies such as graphic design, modelling, animation and similar software, while special effects such as explosions and car chases are sometimes made on set.

A visual effects supervisor is usually involved with the production from an early stage to work closely with production and the film’s director design, guide and lead the teams required to achieve the desired effects.

VFX can be categorized into: Simulation FX, Animation, Modeling, Matte painting, and Composting. From making Tony Stark fly to Bruce Banner becoming the Hulk, almost everything is done with the help of VFX.

The production for this movie was really high of about $267.4 million is earned a gigantic amount of $1.405 billion which is fabulous.

Although Ultron had many an appearance in the comic books, this story was independently created for the MCU and had very little inspiration from the original comic books, making it 10 times more interesting to watch as an original take on the subject.

The film performed really well in theatres and got a rating of 7.5 on IMDB, and even performed well commercially. The Avengers will assemble again in April of the year 2018, in the film Avengers: Infinity War, with solo films of members of the Avengers in between.

Let us look forward to the awesome work to come our way with these films. 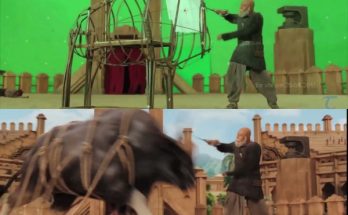 685 Comments on “Behind The Scenes of Avengers: Age of Ultron VFX”