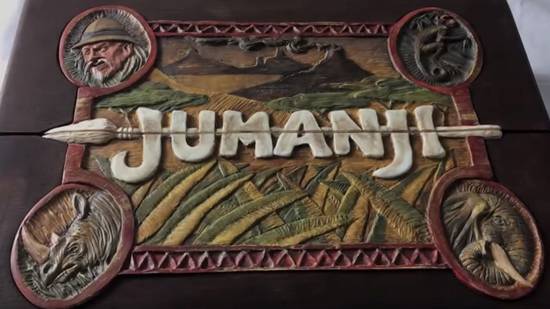 Re-visiting Jumanji in the Samurai way is our blog topic of the day.

The Entertainment industry had embraced the utilization of Animation, VFX and CGI to tell the story in the more realistic way. 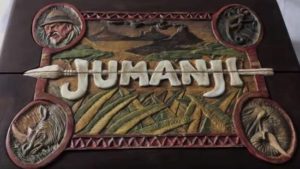 As per research, it is seen that many Hollywood films had fondled the use of CGI in order to help tell more intricate tales.

The achievement of Digital Effects in films such as Terminator 2: Judgment Day, Jurassic Park and The Mask have unboundedly prompted the industry’s growth in this way by the year 1995.

The previous Joe Johnston’s Jumanji is indeed a work of marvel.

The film is starring Robin Williams, the famous actor who after getting a massive fame as Mork in Mork & Mindy did an array of films including the Jumanji series.

In the film Jumanji, he is depicted as a child who is lost in a magical jungle after playing a mysterious board game.

The movie is one of those films that are entirely based on the CGI animals, the CGI created the living and breathing jungle trees.

The film has well utilized the state of CGI in filmmaking from Industrial Light & Magic (ILM) using it to portray the living, breathing jungle animals.

Although several things are prepared with the help of digital effects, Joe Johnston spent a huge arrangement of practical elements in Jumanji.

In this context, it is notable that the practical effects that are used are, full-size creatures prepared and modelled by the Integrated Dynamics, Inc. and miniatures shaping skilled by ILM (Industrial Light & Magic).

The newly released Jumanji: Welcome to the Jungle has just hit the stage cinemas which again reveal the art of VFX and Animation of the production team.

This time the sequel film is directed by Jake Kasdan. It has taken a new take on the board game adventure.

This blog is presented by the MAAC team of Chowringhee, Rasbehari and Kankurgachi to take you to the world of Jumanji which has just stroked the cinemas.

It is an opportunity that we have got to know the ILM’s operation about how the CG creatures in the innovative film were brought to life and existence.

This blog leads you to the rampaging CG monkeys who wreck catastrophe in the house and also take control of the police vehicles.

It is a great deal that dealing with the fuzzy creatures and managing hairy animals at the time was a leap forward for ILM. 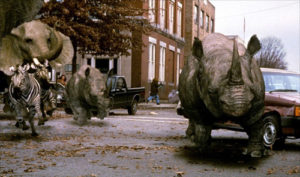 The way Jumanji is prepared by means of Digital Visual Effects were go-getting.

In the movie, it is well described that a herd of rhinos are colliding through the corridors of a house.

A brook of feral animals is pounding through the centre of a small town.

This scene is also remarkable for it shows the epochal.

A lion is necessitating jumping down stairs. 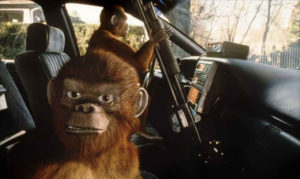 The scene is quite hilarious as it depicts the wild untamed monkeys tearing up a kitchen, and then drives a car.

It is obvious that the director has taken an uncertain risk to accomplish the challenge.

However, all the shots are created with minute enhancements and thus the results are awesome.

He was unsure that any of these shots will be accomplished.

As many of the creatures had furry or shaggy features and this was a major challenge in VFX at the same time.

It is Joe Johnston who says that “I had no confidence at first that it would work at all.”

According to him, he is of the view that early tests on the lion’s locks were not confidence builders, however, the team kept excavating down on the tech to make it work.

He also contemplates that the tech paid off well in the end.

In addition to it, Johnston says that “I think the biggest challenge with the CGI in Jumanji was its place in time.”

Assuming that the film had been made prior five years that is before the cutting-edge CG of Jurassic Park then everything would have been implemented with the help of animatronics, computer graphics, puppets and wire and rod elimination.

Subsequently, after five years, it is obvious that it would be in CGI. 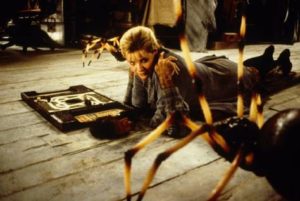 The movie has remarkable shots of spiders, crocodile and some of the vines which are created through the medium of animatronics.

The lion, pelican, and the monkeys are all created through CG. The bats are also fabricated by virtue of CG except for the one shot where it lands on young Sara’s shoulder.” 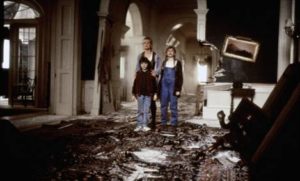 The Light and Magic’s work in Jumanji was led by the VFX Supervisor Stephen Price.

Unfortunately, he breathed his last during the production.

Later on, his place was taken by Ken Ralston as Visual Effects Supervisor.

The production department had already worked on The Flinstones and The Mask before Jumanji.

At an initial level, computers were expensive and slow as well as the animation techniques.

However, the abrupt ascend of CGI in movies was not without its challenges.

There was the adoption of outdated inverse kinematics. 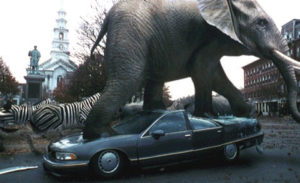 While preparing the shots for Jurassic Park animators had to select from plenty of contemporary animals for help to reference.

They had to take some creative authorization in coming up with dinosaur walk and run cycles.

On the other hand, the animation team of Jumanji had to make sure that their wildlife intimately matched the real thing.

While watching the movie it is well examined that in each and every scene the creatures are created in a way that they looked and behaved real and natural.

It is the credit of the Animators who had given their best in producing the movie.

They observed a lot of nature documentaries to study each animal’s eccentricities.

However, there wasn’t a lot of screen time to take advantage of what they had learned.

The Animators did not exaggerate the motion of the reference animals in their CG models.

Coming to the elephants, it took like a 29 frame cycle of video footage and alleviated it so that the viewers could see it looping.

Rotoscoping is used for the movements of the animals.

Rotoscoping makes work easier and real as because it does not have any hyperbole.

The Bequest of Jumanji 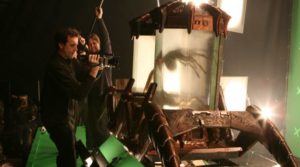 The film got critical and successful acclaim throughout the world where it released.

It would have been difficult to accomplish the movie without the help of the CGI, Animation, VFX and ILM.

MAAC Kolkata led this blog so that you get a brief idea of the entire techies of Jumanji.

As a result of the success of the first edition Jumanji it has led a path to the latest Jumanji: Welcome to the Jungle which once again set the theatres on fire.