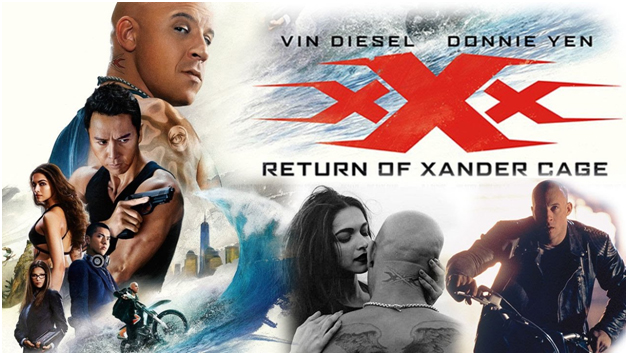 VFX is a full-grown industry in the recent times.

Freedom is the main weapon of filmmakers, writers and directors to tell a story of concern.

Humans have been telling parables since expression and communication made it possible.

Just as a writer has full freedom to do anything similarly a VFX artist has the independence to create special effects with creativity.

Due to the mounting digitalization, it has produced numerous technologies that aids in VFX formations. 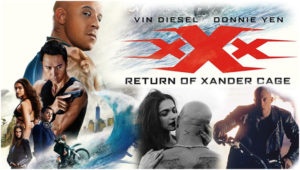 The film was released by Paramount Pictures on January 20, 2017. The movie has received critical acclaim and global acceptance to a great extent.

The production was completed at a budget of $88.3 million and had hit the box office with $277.4million.

The second part of the film was produced by the Revolution Studios.

However, this version was criticized by the reviewers mainly for the overuse of the CGI-based visual effects for most of the action sequences.

The story is based on the characters by Rich Wilkes.

This film supports its main protagonist Xander Cage (Vin Diesel) who is an extreme sport enthusiast.

Subsequently after the destruction of the Senate’s corvette he was utilized by the NSA.

In this outing Cage congregates a team of badass cohorts for the sake of rescuing a stolen government super weapon, from villain Xiang (Donnie Yen).

The movie seems very natural in its screening, but major part of the movie is actually filmed using VFX effects.

The VFX team has been efficient in employing digital magic to the intense skydiving, jetskiing, and fistfighting in the film.

It is considered that they have made beneficial use of VFX after taking 80 VFX shots.

Working with the VFX of such a difficult movie scene is not a trivial matter.

But it needs hardcore work of the artist on it.

Coming to the first fight sequence in the film, it was shown in a cargo plane but in reality it was the magic of the VFX artist that made it possible to stage the conflict in the plane.

An effective use of VFX is seen in the following sequence where the cage plummets to the earth without parachute.

In the fight sequence, the visual effect artists are indulged in removing the rigs and stunt harnesses attached to each actor using digital paint.

In respect to make the characters appear to be in freefall inside the plane, digital paint is used.

At the time of painting out the rigs, the Visual effects artists felt it difficult in matching the grain.

In order to overcome this obstacle, the VFX team developed an in-house tool to match the grain with the plate, which is crucial for delivering on time.

Several problems are faced while working on the complicated camouflage patterns of soldiers and Cage’s jacket. 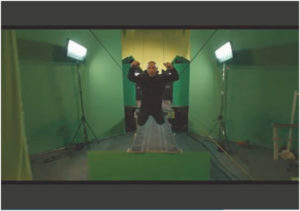 Cage’s jump from the plane

Cage in this following sequence jumps out of the jet holding a crate containing a parachute.

BOT VFX team was assigned with the task of matching green screenshots with stunt worked filmed thousands of feet above.

The artist has devoted their time and talent in scrupulously painting out the stunt rigs and harnesses in each frame.

They have also applied rotoscopy on Cage himself hauling out him from the green-screen. 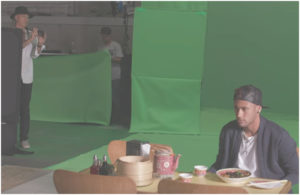 The Visual Effects team used the Foundry’s Nuke for Rotoscopy.

They have used it to equal motion blurs and defocus edges on the matte paintings.

The Photoshop software was utilized in digital paint shots that needed frame by frame concentration while Nuke and Mocha Pro were employed on more technical tracking shots.

The sequence where Cage is falling down from high altitude wearing an ice skating board is done with the help of wiring.

The wire is removed with the help of Nuke and compositing software’s. Live-Action is used most of the times. 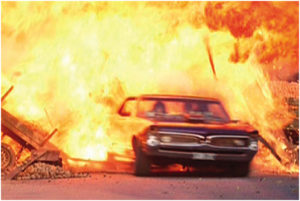 The fire sequence where the car gets blasted is done in VFX.

The Glass breaking scene and the sequence where the two cars collide and overlapped between the middle car, is operated in special effects.

In the film a portion is shown where Cage is riding bike in water.

These scenes are depicted with the help of Visual Effects.

The film has indeed been in the super hit list of the year. Along with the VFX works, the sound composing, acting, casting and the overall picture after watching the film is marvelous.

Each action sequence is closely knit to get a sound outcome.

No negative repercussions can be generated as it has achieved the highest summit of excellence.

Hitting the box office groundbreaking is not a job of cake.

All the shots are truly done awfully.

Thus it can be concluded that VFX industry has given a lot to the entertainment industry.

It is enlarging day by day. Moreover the reason behind such expansion is effective workforce and low cost production.

Another aspect to be acknowledged is that in this film our popular Bollywood actress Deepika Padukone has been featured as Serena Unger.

Her performance is considered incredible by the Paramount Pictures and is appreciated as well.

The entire movie has been released in many parts of the world like India, North America, United States, Canada, China and India.

It had crossed $346 million in the box office with its grand performance.

So Vfx is one such aspect in every film where we need skilled vfx artist.