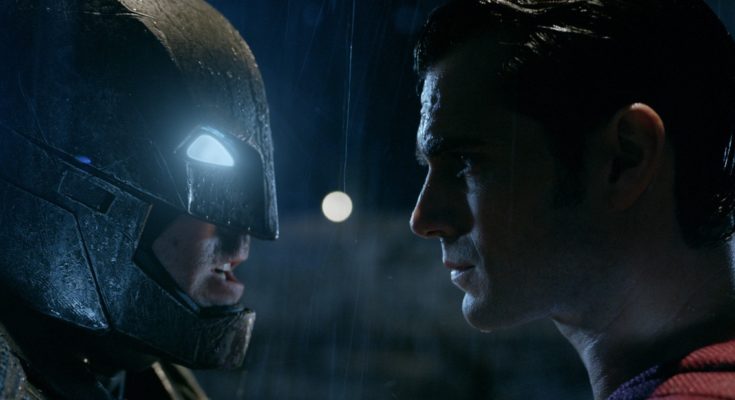 Today we will be talking about the movie where VFX has been used as a key feature.

We are talking about the American super hero film BATMAN VS SUPERMAN-DAWN OF JUSTICE. 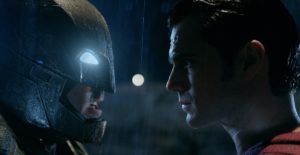 The film was featuring upon the DC comic characters Batman and Superman.

The film was directed by Zack Snyder. It was the sequel of the movie “Man of Steel” which was releases in 2013.

The movie was written by Chris Terrio and David S.Goyer.

The film was distributed by Warner Bros.

It is first live action film featuring upon Batman and Superman together.

Not only this the film was the first live action portrayal of Aquaman,Wonder woman, Flash And Cyborg.

The eccentric young business man, who is obsessed with defeating Superman Lex Luthor- manipulates Batman into a preemptive battle with Superman.

The film was announced immediately after the release of “MAN OF STEEL”. Director Zack Snyder told that the film get inspired by the Batman comic series “The Dark Knight Returns” by Frank Miller.

He has also clarified that the film follows an original premise.

The character of Batman defines in a different way from the previous portrayal in the Dark Knight Trilogy.

The film also gets inspired from the narrative story of “The Death Of Superman”.

The film has started the Pre production segment in October 2013 at East Los Angeles College.

The principal photography has been started at Detroit and Michigan in 2014.

The filming and additional photography took place at Chicago. 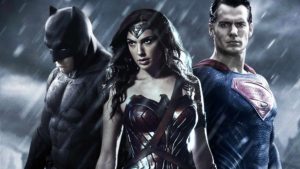 The story of the film has been started after eighteen months from the battle between Superman and General Zod in Metropolis.

After the battle famous Superman reflected as a controversial figure. Bruce Wayne operated Gotham city as “Batman” from the last two decades.

He feels that Superman can be threat for humanity.

On the other hand after knowing the Batman’s form of justice, Clark Kent tries to expose Batman via his daily planet article.

Wayne was very thoughtful after knowing the information that Russian weapon trafficker has been contacting Lex Luthor .

Lex Luthor was tried to impress Senator Finch to allow him to import Kryptonite. Behind this attempt his desire was to follow Zod’s terraforming attempt.

Bruce wants this Kryptonite for fighting against Superman.

He has dream of having post post- apocalyptic world where he will lead the group against superman.

On the other side Luthor prepared a monster with DNA from both ZOD’s and his own.

When senator Finch questions Superman about the validity of his action in a congressional hearing, a bomb goes off and killed every one present except Superman.

After the incident Superman gets frustrated by his failure to save people.

He went to self imposed exile.

Luthor had a plan to kidnapped LOIS and clerk’s adoptive mother for Superman out from the exile.

Luthor revels that his mastermind manipulated Batman and Superman by fueling their distrust for each other.Superman explain the situation to Batman and urges him to rescue Martha.

Instead of fighting with each other Batman rescues Martha, and Superman confronts Luthor on the scout ship.

Luthor wants to execute his backup plan by using the monster.

But on the occasion Diana Prince appeared by reveling her meta human nature.

She joins the duos to fight with the creature.

While fighting, the creature stabbed Superman and he died apparently.

Bruce arrested Luthor, and he was very regretful about the fall of Superman.

He tries to develop a team of Metahuman’s  to save the world in absence of Superman. 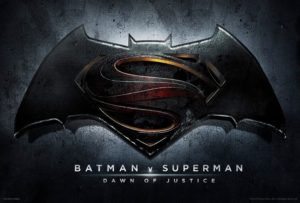 The movie has an effected use of VFX on screen.

The largest sequences were the kidnapping of Lois and confrontation with Superman and Luthor on the roof top of the Lex Tower, and the Martha rescue scene which includes the ware house fighting.

The movies VFX was crafted by Scanline Vfx. Brayan Hirota was the VFX supervisior.

Scanline VFX has done vignettes shows Superman acting worldwide to save the people. While the question raised for his existence.

The Director Zack synder has a specific idea about those four long distinct shots of Superman saving life on a global scale.

The genesis of the vignettes started with a series of storyboarding which was drawn by Zack himself.

The ideas art director Jelmer Boskma crafted a series of illustration to help the define mood, lighting, and some more specific details of the scenes.

The Colorado Vignettes was photographed in the studio of Michigan with roof top sets on asphalt.

They have used flow line software to simulate the river and the debris flowing around the houses.

The Soyuz launching scene was very difficult to shoot.

Henry was photographed holding up a weighted buck up over his head and complete the action of landing and hoisting it.

They built a digital cosmo drome and combined both the simulation for launch and failure with the effective uses of photographic pyro elements.

Like the same they have to rely upon the digital versions.

The FX team has done a excellent job, they provide fire ,Pyroclastic smoke elements to combined with some live action elements.

Creating Superman’s cape was another biggest challenge on one hand it had to act and feel natural but on the other hand it had to behave in an art directed way and create appealing shapes which can remind the viewers of its originality related with the comics .

The CG artist is more responsible than the FX artist to maintain the originality.

Batman cape was much easier then Superman.

As his cape is not such a dominant part of his character.

But for both of them the artists solve the challenge by cloth rigs, which can pose into the desired shape.

There were many more challenging efforts during the shoot. 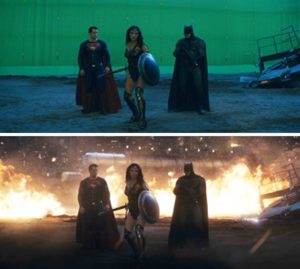 For the Bat cave artist prepared a full size Bat cave at the studio in Michigan.

It only could cover 180 degree but for the shot where Bat mobile had to return needed 360 degree of coverage.

VFX  artist extended the environment by creating cavernous space that housed the bat cave and through the hydraulic large doors makes the Bat mobile in or out from the lake.

When designing the Bat wing the team had to depend on their CG lead Matt Bullock, they got the art work from the art department and also got the references from military aircraft to match the panels and aerodynamic features with the batwing.

All the functions like rotating engines, landing gears, were all set in time. During the shoot of Batmobile chasing they try to film as much as possible with camera.

As per the need they augment the real one.

The main challenge with the bat mobile shot was making sure that the replacement with the CG , was not noticeable by the viewers.

The departments responsible for shading, texturing, lighting and compositing have done the work perfectly.

The film has depicted a specific CG work for casting the Metropolis.

Photographic view and the CG work made the scene really adorable. 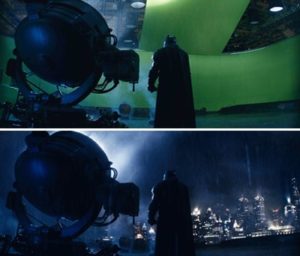 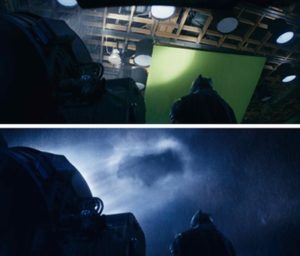 146 Comments on “Batman Vs Superman Effective Use of VFX”