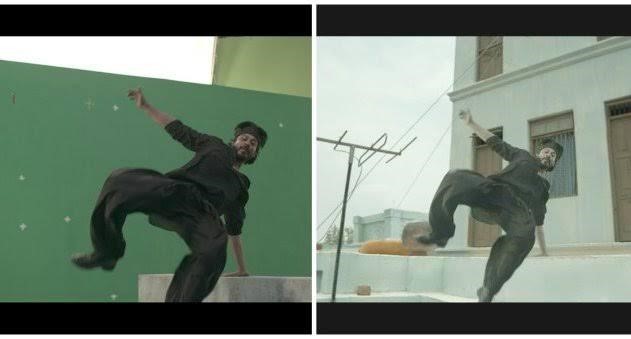 In our today’s blog we will discuss the use of VFX in Raees, the movie released on 25th of January this year, is yet another movie that entered the 100 crore club, in it’s opening weekend.

The film is produced under the banner of Red Chillies Entertainment and Excel Entertainment Pvt. Ltd., and co-produced by Gauri Khan, Farhan Akhtar and Ritesh Sidhwani. 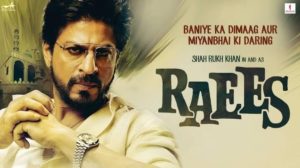 The movie involves a story of a liquor smuggler named Raees ( played by Shahrukh Khan).

The story revolves around Gujarat, where there is a prohibition of liquor trade. Raees used to work for racketeer Jairaj, from a very young age, along with his friend Sadiq.

After years of loyalty towards Jairaj, Raees decides to part ways and start his own liquor smuggling trade, with the help of Sadiq. Raees was able to build his own empire in the crime world, with his sheer intelligence.

But his crime records came to the notice of an honest police officer, J.A Majumder, and that’s when the cat and mouse chase starts between Raees and Majumder, with a hint of thrill and pure entertainment.

Mahira Khan plays the love interest of Raees and supports him in every possible way. 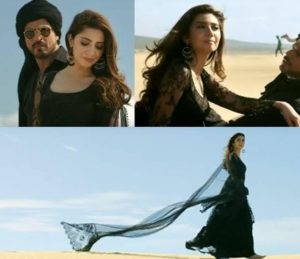 The story is a pure form of Bollywood full-packed entertainer with action, thrill, romance, item number and a plot revolving around a gangster as the protagonist.

The item song “Laila main laila” featuring Sunny Leone was captivating foe her immensely graceful performance and also for the thrilling action sequence in the backdrop.

The film was critically acclaimed from getting good to average reviews. But that definitely didn’t affect the box-office collection.

Now talking about the making, the movie is set in the 80’s and 90’s background.

The major portion of the movie was shot in Mumbai, where the sets were designed to recreate the slums of Ahmedabad.

The main reason for not shooting in Gujarat was the immense crowd that would gather around to watch Shahrukh Khan.

Around 400 VFX artists worked on the development of the film and took about 6 months to accomplish the task. 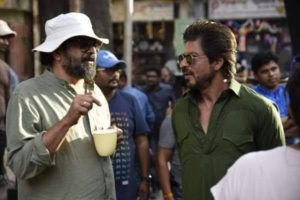 The Red Chillies Entertainment is unquestionably one of the best VFX company and production house, and we can witness the minutely perfect work of special effects in successful films like Ra. One, Om Shanti Om, Krrish 3 and many more.

The dedication of the artists and the well constructed concepts ensures good quality pf output.

The company can be seen pushing itself to create the best and be innovative with every new project.

Precisely, we can say their work ensures our eyes are glued to the screen and make us believe everything we are watching are real.

Shahrukh Khan was seen donning a typical Muslim man look with Kohl in his eyes and an amulet (taveez).

But there was a scene of a “Ratha Yatra”, where the whole sequence was shot without the amulet.

VFX supervisor Ronak Sanghadia was given the tiny but tedious task of incorporating the amulet in the whole sequence, where Shahrukh Khan is seen fighting and chasing towards a chariot.

According to Sanghadia, the task was challenging as they had to put the amulet in 50 shots. A lot of simulation was done.

CGI, background preparation and compositing was carried out. Every movement of the amulet was matched with Shahrukh’s movements.

The sequence was small but a lot of detailing was done to bring about the perfection, so that it looked natural. 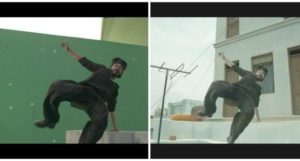 As the plot involved a background of 80’s and 90’s, so modern day structures like tall buildings, mobile towers etc were removed to match the concept and bring about realism in the film.

The color grading also needed to be at par with that era.

The location of the plot being Gujarat, was kept in mind to decide the principal color palette. Ashirwad Hadkar, colorist of Prime Focus, visited the sets a lot of time, to study the scenes and it’s environment.

There was around four sequences where major work of VFX was required. The kite flying scene, was actually shot in Mumbai.

Due to the high popularity of the Makar Sankranti festival and huge crowd that decision was taken.

Later by incorporating VFX, the whole environment was recreated and transformed to look like the scenes have been shot in Gujarat and there was an actual kite flying festival going.

The Research and Development team went to Gujarat and studied the environment.

The actors were actually shot in an empty sky with a chroma screen behind. The set designer ensured the sets looked natural and perfect.

There were several other scenes, which were recreated using CGI. Like, in the beginning, Shahrukh was seen riding a bike through a bridge of Gujarat.

Though the bridge was used massively back in the 90’s, in the present time, it is inaccessible.

So the VFX team had to recreate the bridge and add it to the sequence, with minute detailing. 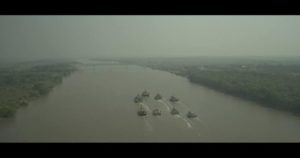 In a scene where Raees was seen smuggling liquor through waterways by boats to fool the cops who were waiting in highways and check posts- was done using CGI. 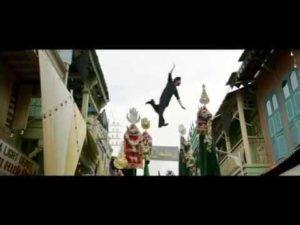 For the scene only 5 boats were shot and other boats were added using CGI. The actual sequence was shot in Uran, a fishing village in Navi Mumbai.

The application of VFX looked natural and realistic, and attracted the viewers largely.

The color grading was done perfectly. Apart from the VFX, the stunts performed by Shahrukh Khan, without wearing a harness, garnered appreciation from all.

Despite his shoulder pain due to the injury happened in the sets of Billu, he did his own stunts. During the “Laila” song, Shahrukh was seen flying and firing, simultaneously.

The stunts were supervised by action coordinator Ravi Verma. Shahrukh was seen thanking Ravi Verma and cinematographer K.U Mohanan, for the whole sequence.

The realistic acting of Nawazuddin Siddiqui was also appreciable.

The R&D team’s thorough research, the creativity and detailing added by the VFX team, the realistic sets and sheer hard work of all the crew, made it possible for Raees to win our hearts.

In terms of CGI, VFX and Color grading, this movie has literally raised the standard of technicalities in Bollywood. 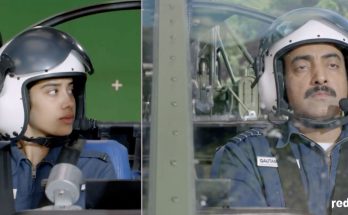