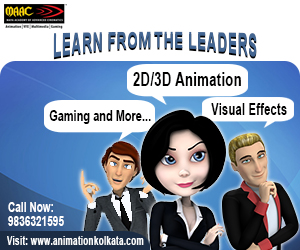 In today’s blog we will discuss how can one make his own short animation film be it 2d animation or in 3d animation.

Art has been a point of fascination for mankind from the very beginning. From cave paintings in prehistoric times, to mixed media art in the present day, art has endured through time.

Art, however, does not only refer to single images – it also includes sequential images. Recent technology has enabled us to play such sequences of images and see the action ‘happening’ before us.

This phenomenon is popularly referred to as the motion picture or film (after the celluloid reels traditionally used to project the images). 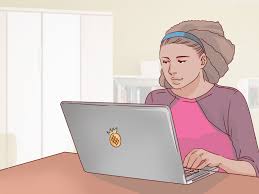 Combining traditional art and the motion picture is the genre we know as animation films.

Animation, or the process of creating movement in otherwise unmoving elements, is a technique that has evolved from the days of drawing sequential images (called frames) to modern day digital 3D films.

In this article, let us take a look at how an animation film – be it hand-drawn 2D, or digital 2D or 3D – is made. 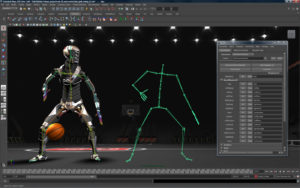 The same holds true for the animation film. 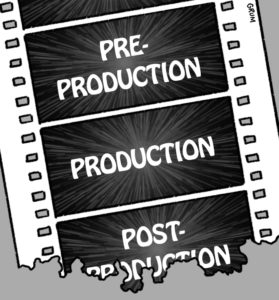 Pre-production: The first step to making an animation film is to decide on a story.

Unlike live action, where improvisation is possible, animation leaves no room for winging it.

The story does not have to follow any traditional structure, but it should ideally have a beginning, middle and end.

Conflict is also important – the character(s) being focused on in the story should come across a problem and find a solution or resolution by the end of the film.

The story, or plot, can follow any theme and while it does not need to be grand (or in more technical terms, epic), it should capture the viewer’s attention.

Once the story is set, the next step is to design the characters.

Your character could be anything from an inanimate object to an insect, human, dinosaur or even magical creatures.

The important thing here is to sketch out how the character looks from different angles and decide on their personality.

Draw it, him or her from different angles in various poses and costumes in order to understand what works and maintain consistency during production.

The third and most crucial part of pre-production for an animation film is to draw out the storyboard. 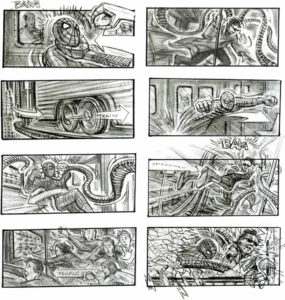 A storyboard is a series of images depicting the actions taking place in the film.

While it is not always used for live-action films, the storyboard is a must for any animation film.

Animation is a time-consuming process, because of which planning the visuals and action in advance in full detail is necessary to save time and effort.

For each image (or frame) being drawn, also include any dialogue or effects (camera movements, shot to shot transition, etc.).

When a sequence of such images are placed in a slideshow and timed according to the action or dialogue, it produces a rough film called an animatic.

Production: Once you have visualised your story in the form of a storyboard or animatic, it is time to decide how you want to realise the film. The most obvious choices are –

Hand-drawn 2D: Also called traditional or classical animation, hand-drawing your movie’s frames is how animation used to be done in the early days.

Classic films like Disney’s Snow White and the Seven Dwarfs were made in this way. A minimum of 10-12 frames have to be drawn for every second’s duration of the film, keeping continuity of action in mind.

Digital 2D: In the computer age, there is different software by developers like ToonBoom and Adobe which allow for easier 2D animation. For these, you simply need your background and characters designed and coded for movement (a process known as rigging), and you can use the software to add in the motion.

This sort of automation does produce more consistent output than hand-drawing (at least, as far as beginners or amateurs are involved), but can be limited in scope. Most modern 2D content is digital. Examples of films include The Iron Giant, Spirited Away.

Digital 3D: 3D animation is synonymous with names like Pixar. It is the kind of look and design we find in films like Toy Story, Roadside Romeo, Epic, or The Boss Baby. This is very time consuming and resource intensive, as 3D software like Autodesk Maya, Autodesk 3Ds Max and Blender require far more computation to render an output than 2D.

The end result, however, is well worth the effort.

Stop-motion: A less common style of producing an animation film is stop-motion.

It is done by making models of characters and scenes, and taking photographs of every frame after manually adjusting the model as per the required action.

The short film Balance, and the recent feature film Kubo and the Two Strings were made using this method.

Post-production: Once your film is ready and the shots rendered, it needs sound and arrangement.

All of this is done in the post production stage.

From editing (arranging the shots in order and adding necessary transitions) and adding in dialogue and sound effects, to compositing (combining the different layers of information like colour, depth, lighting and shadow) and colour correction to enhance the visuals, post-production determines the final impact of your film.

Now that you know how to make an animation film, give it a try!

And if you need further guidance on the intricacies of any of the three stages, do visit MAAC Chowringhee, Rashbehari, Kankurgachi .

And be a part of our courses in graphic and 2D design, 3D design and animation, and compositing and visual effects techniques (which are invaluable for good post-production)! 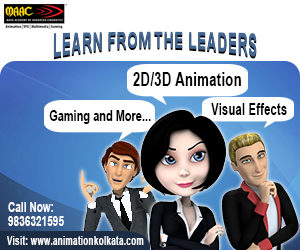