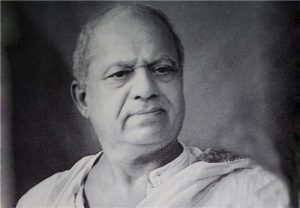 In our last post we had discussed history of Special effect in Indain cinema today we are here to discuss history of VFX in Indian cinema. If we are talking and discussing about history of Indian Films the name that comes in our mind is Dada Saheb Phalke. Now when we are talking about advent of vfx in Indian Cinema, again its Dada Saheb Phalke whose movies in silent era sites the example of use of vfx in movie Kaliamardan in the year 1919. Use of vfx at that era is actually commendable and amazing too. Gradually the Telegu cinema adapted vfx and some great work came up like Pathala Bhairavi and Maya Bazar which has actually taken the use of vfx to another height in movies.

In the year 1980 Indian VFX industry got a leap as Prasad video Digital which later transformed into Prasad EFX imported the first scanner and recorder which helped to produce digital image.

Visual effect enhance the look and feel of the movie earlier it’s been noticed vfx being used mainly in mythological film to portray larger than life effect and character so that the audience can get that feel of the movie.

Since then and now Indian cinema has seen lots of evolution era wise. Now the visual effect has become a part of each and every movie produced. Earlier the cost was high now with the advent of new technology things have changed drastically.

Our discussion simply takes our reader to encourage the opportunities one can get when it comes to entering the VFX industry. Maac Animation Kolkata offers bouquet of different courses If you have decided to go ahead to take VFX courses to give your career a kick start this is the right time and right opportunity.

1,187 Comments on “History of VFX in Indian Films”