A war film is concerned with warfare of all kinds, from naval to air to land battles, with combat scenes central to the drama. How was that possible to shoot in real life without some techniques, so their came the role of VFX.

Themes explored include combat, survival and escape, sacrifice, the futility and inhumanity of battle, the effects of war on society, and the moral and human issues raised by war.

The stories told may be fiction, historical drama, or biographical with plots exploring action and even wartime romance.

The Battleship Potemkin (1925) is among the most well-known of the early war films. 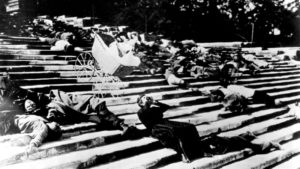 The genre is not tightly defined and its definition varies widely depending upon people’s personal perception of it.

A study of the most celebrated war films, however, reveals one important common trait: realism.

Films like Saving Private Ryan, Black Hawk Down, The Hurt Locker, Lakshya, Madras Café are among the most loved war films from India and the world, and they all give us an unflinching portrait of the violence and bloodshed, hard decisions, and tension that characterize any war.

The popularity of war films progressively increased in the 20th century and the World Wars became the most popular subject.

After the World Wars and Nazi themes, it was the Vietnam War in the 1970s.

In India, there were films made about gaining independence from the British or ongoing the tussles with our neighboring countries like Pakistan or Sri Lanka.

With changing times, cinema evolved and so did the cinematic techniques.

Technical excellence became a necessity in film production with the advent of modern technology, and this trend hasn’t changed to this day.

VFX is extensively used in films, and the war film provides an ideal platform through its need for realism of action.

In addition to creating environments or adding effects such as explosions, many war films also need crowd simulations as it’s simply not feasible to recruit thousands upon thousands of actors to play extra roles.

As far as foreign films are concerned, 2006 saw the release of an iconic war film, 300. Based on a 1998 comic series by Frank Miller and Lynn Varley, it depicts a fictionalized retelling of the Battle of Thermopylae within the Persian Wars.

Two months of pre-production were required to create animatronics animals, and the hundreds of shields, spears, and swords, some of which were recycled from movies like Troy.

The actors trained alongside the stuntmen, and even Snyder joined in.

Over 600 costumes were created for the film, along with extensive prosthetics for various characters and the corpses of Persian soldiers.

Only one scene, in which horses travel across the countryside, was shot outdoors.

It was filmed mostly against a blue screen, to help replicate the imagery of the original comic book: environments were digitally created, and the actors painstakingly composited into the scenes to reproduce the stylised picturisation of Ancient Greece.

The film has gained a solid place in international film as a unique war movie.

A discussion on technically accomplished war scenes in movies is incomplete without mention of James Cameron’s Avatar.

Released in 2009, the film portrays an epic struggle of the Na’vi to reclaim their home planet Pandora from the citizens of Earth, who are seeking to mine the precious element Unobtanium.

Cameron waited over a decade to see the film realised, and not without reason.

Most of the movie is shot after gorgeous shot of Pandora and the Na’vi.

The planet, its blue-skinned natives, and its black-skinned beasts were digitally created and animated with the aid of motion capture from actors.

The climactic battle scene is worth mention: as human machines mow down glowing trees to get closer to the Unobtanium mine, our hero Jake Sully, in Avatar form, takes control of the King of the Skies – Toruk – to turn the tide of the battle.

The scenes of the Na’vi praying as one at the mother tree while the battle is afoot are equally breathtaking. 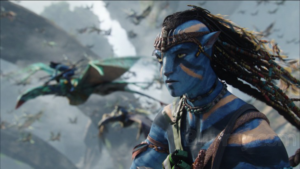 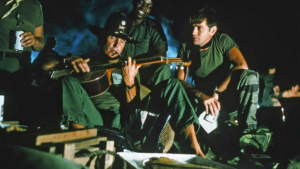 Indian film, too, has its fair share of war films and use of VFX in it. Ashutosh Gowariker’s Jodhaa Akbar (2008) and Sanjay Leela Bhansali’s Bajirao Mastani (2015) are recent notable examples of films with a fair share of visual effects augmentation to portray battles and wars onscreen.

Both (especially Bajirao Mastani) featured extensive use of crowd simulation techniques to reproduce the huge armies that were taken to battle in those days where VFX plays an quite important role..

This is typically done for the long shots that establish the battle, as relatively lower poly models can be used along with image based rendering to get a good and realistic output without the need for thousands upon thousands of actors.

Chroma and staged sets were also employed to recreate the environments of the Mughal and Maratha empires in the respective films.

For Jodhaa Akbar, Gowariker tried to use traditional film techniques as far as possible; he hired around five thousand extras, and several hundred animals to reduce the pressure on the post production team. Bajirao, however, was a different story and VFX involved.

It relied heavily on VFX for the environments, and NY Vfxwalla  did a large part of the effects work for the film – including the war scenes, as well as the final climactic hallucination sequence of Peshwa Bajirao.

More recently, the Baahubali duology of films (2015-2017) by S. S. Rajamouli has some notable war scenes that boast of technical accomplishment.

From crowd simulation to environments and weaponry, it has it all. You can read more about Baahubali in earlier posts on our blog. Rangoon (2017) and The Ghazi Attack (2017) are more examples of Indian war films.

The former is set amidst the Indo-Burmese tensions during World War II, while the latter depicts the attack on the Pakistani submarine PNS Ghazi off the coast of Vishakhapatnam during the war of 1971. On a global level, Christopher Nolan’s Dunkirk is a highly anticipated war film releasing this month.

The film features extensive use of practical effects, augmented with VFX by Double Negative.

If you are more the doing kind, walk in to your nearest MAAC Kolkata centre and start your journey to explore firsthand the techniques used to make these war films come to life.

So creative hearted people still thinking what to do? 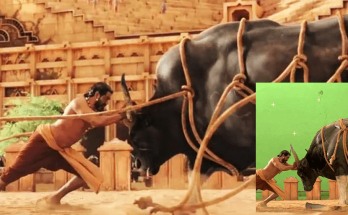 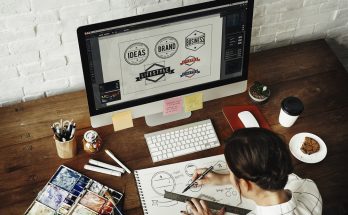