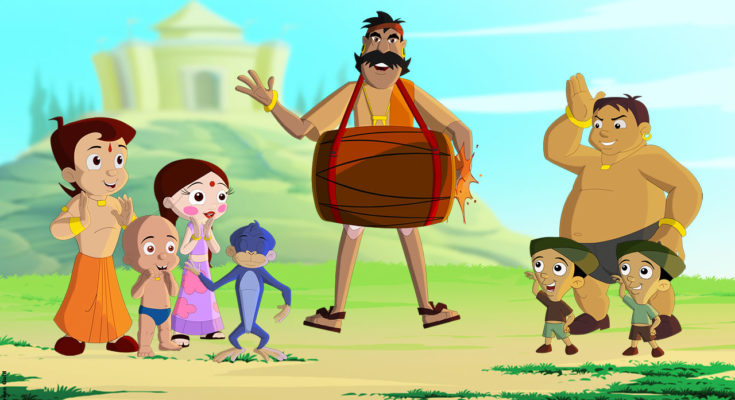 Lets explore top 10 cartoon or Animation Channels in India in our today’s blog .

When we were a child we all would like to watch cartoons every time.

From Shinchan to Doreamon, from Tom and Jerry to Popeye we have watched everything thing.

We also remember each and every Cartoon channels.

So like this only we are going to discuss about top 10 Animation Cartoon channels in India. 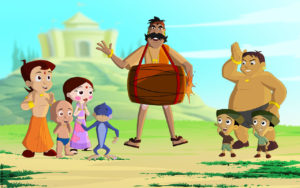 Well we all know about Cartoon Network (CN).

It is a leading Animation channel in media and entertainment industry today, since it was formed i.e., on 1st May, 1995.

All the cartoons aired on this channel are mainly 2D animation.

In its early years it only aired Hanna-Barbera cartoons like “The Flintstones and Scooby Doo”.

Then it started to air “The Looney Toons” and “Tom and Jerry series”.

Finally in early 21st century it started to air originals like “The Power Puff Girls” and “Johnny Bravo”.

This famous  Disney animation channel is owned by the Indian division of The Walt Disney Company.

The Walt Disney is popular for all its classic Fairy Tales and Mickey Mouse.

This channel aired originals imported from US like “Hannah Montana”, “Wizards of Waverly Place” and “Phineas and Ferb”, etc.

All this shows were very popular specially Hannah Montana among girls.

By 2006 it started to air shows made in India. Like the shows “Vicky Aur Vetal” and “Kya Mast Hai Life” were shown.

By 2011 shows made from original adaptations were made. Like this Disney has acquired 2nd position.

It is still owned by Disney along with UTV Software Communications (bought by Disney in 2011).

After 2013 it started to air shows made in India as part of localization strategy.

In fourth position we have Nickelodeon (Nick). Nickelodeon was launched on1st December, 1977.

It is owned by Viacom through Viacom Media Networks.

Nick mainly targets Children and Adolescents from age of 6 to 11 years, while during they target younger children of age 2-5 years.

Nick is famous for its show like “SpongeBob Square Pants”, “Power Rangers (All seasons)”, “Dora the Explorer” and “Motu Patlu” (a 3D animated series).

Since the late 2000s Nicktoons (a part of Nick) struck a deal with DreamWorks Animation to air 3D animated TV series of the studios movies like Winx Club and Penguins of Madagascar.

In position 5 we have POGO.

It was created by Turner Broadcasting and is a unit of Time Warner for India.

Pogo has an original show, The Music, Art and Dance show, M.A.D. produced by Turner.

The show is very popular in India DIY (do it yourself) shows.

Along with this many other popular shows were “Mr. Bean: The Animated Series”, “Chota Bheem “, and “My Little Pony” along with “Barbie”.

Due to all these shows Pogo has acquired 5th position.

This channel consists of high quality with numerous genres like mythology, adventure etc.

When it started it aired only 8 shows which included “Kim”, “Sally Bollywood”, “Howzzattt” and “Wild Kratts“.

They also aired show called “Wild Tales” for babies which helped them to learn about baby animals.

This Channel has main target towards teenagers of age group 11-16.

The channel has become so popular due to the shows.

Like in originals they show “Kick Buttowski”, “The Lego” and “Two More Eggs”.

From Marvel universe they show animated series of “Marvel’s Spider Man”, “Marvel’s Avengers Assemble” and Guardians of the Galaxy”.

Along with these shows they also do special screening of animated movies like “Aladdin” and “Big Hero 6”.

Due to all these popular shows and movies children watch this channel.

Well among all international channels in 8th place we have ZeeQ.

ZeeQ was launched in 5th November, 2012. The channel is owned by Zee Entertainment Enterprises and targeted children of ages 4-14.

ZeeQ is mainly a channel that helps a child to learn something new.

In 9th place we have another channel from nick.

But after rebranding it mainly focuses on comedy.

Now the shows aired are “Oggy and the Cockroaches”, “Shiva”, and “Power Rangers”.

Last but not least 10th position is acquired by Animax.

Animax was established on 20th May, 1998 by Sony, is the first and largest 24-hour network in the world dedicated to Anime.

This channel aired shows like “Ghost in the Shell: Stand Alone Complex” and the 2010 anime adaptation of “Marvel’s Iron Man by Madhouse Studios”.

Due to its dedication in anime series it is one and only channel to come in top 10 list.

If you all want to know more about Animation industry or want to be a part of this industry join us today.

There are lots of opportunities waiting for you here just a click away.

That’s all folks for today.

See you in next blog.

2,112 Comments on “TOP 10 CARTOON OR ANIMATION CHANNELS IN INDIA”