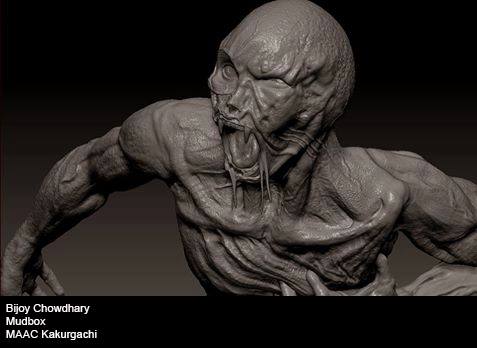 Hundreds and thousands of years ago, three dimensional art existed in the form of sculpture.  In our today’s blog we will discuss the evolution of sculpting and with time how it changes into digital sculpting.

In its earliest stages, sculpture took the form of relief carvings on walls and rudimentary carvings.

Eventually, over the centuries, the form developed from wall carvings to structures such as the Moai on Easter Island, to realistic masterpieces like David by Bernini and Moses by Michelangelo.

A wide range of materials, such as stone, wood, clay and ceramics, and metal, are used, as well as a range of techniques.

Today, sculpture as an art form has evolved from its physical iteration to gain a place in the virtual world of computers.

Like the Renaissance in Europe in the fifteenth century, there has been a modern renaissance of sorts with the advent of digital sculpting. 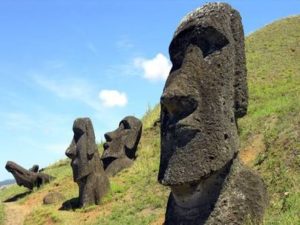 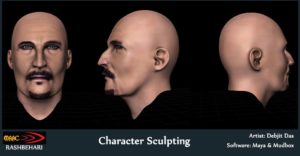 It involves the use of software in order to create highly detailed models in a manner similar to that offered by the use of traditional sculpting tools like brushes and shapers.

There is a range of software available, and the most common names are Autodesk Mudbox, Pixologic Z-Brush, and MAXON Cinema 4D.

Z-Brush in particular has proven to be a revolutionary contribution to digital sculpting. 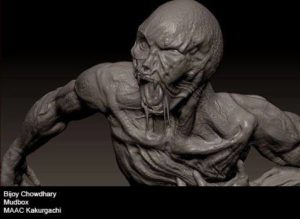 The majority of digital sculpting software uses a mesh-based geometry: objects are made up of an interconnected surface mesh that can be manipulated in various ways (push, pull, pinch, slice etc.)

In a manner similar to traditional sculpting. 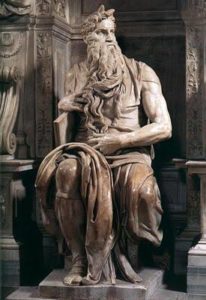 The geometry mesh can be sculpted at different levels of detail by adding proxy polygons.

However the limitation lies in the geometry design as well: This software is bound by the number of polygons and the layout of the polygons that make up the mesh.

In contrast to mesh based sculpting software are voxel-based ones. Voxels are to three dimensional spaces what points are to the two-dimensional.

Consequently, they can be used for more specific rendering as they can provide information in volumetric detail unlike a surface mesh, which is essentially a structure enclosing empty space.

Software like VoxEd use a voxel-based system to produce renderable geometry.

Voxel systems are frequently used in medical and scientific data analysis, while surface mesh systems are used more where surface information (that is to say, appearance of the geometry) is more important than the volume information.

As a result, our field of design, vfx and animation sees the widespread use of surface based sculpting software like ZBrush and Mudbox.

As we have established, digital sculpting is used to produce highly detailed models that would otherwise require millions upon millions of polygons to create.

In the average scenario, a model created in a software like 3DS Max is unwrapped (a process in which three-dimensional polygon data is spread out in a two-dimensional layout so that colours, bump and displacement information and the like can be applied in great detail), and this information along with the model is imported into the sculpting software.

In ZBrush, models can be made from scratch, sculpted and posed with a basic rig setup, leading to its popularity as an all-in-one sculpting solution.

Due to the realism possible, creature design is one of the most popular avenues for those interested in sculpting.

Science fiction and fantasy remain two of the genres where realistic three dimensional designs holds an esteemed and necessary place.

Films like Alien, Godzilla, Cloverfield, John Carter, The Hobbit are notable examples of the same. Let us understand more about sculpting and creature design by exploring these famous creatures.

Alien: Ridley Scott pioneered this creature in his 1979 film of the same name.

The Alien is an extraterrestrial creature and the main antagonist of the series of films, and while the initial designs with the classic crest on the head and extendable jaw were done by a Swiss sculptor, present day films in the franchise such as Alien vs Predator, Prometheus and Alien: Covenant rely heavily on digital design and sculpting. 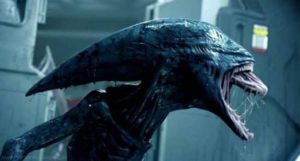 Godzilla: In the 1998 film Godzilla, the creature is referred to as kaiju, a Japanese word meaning monster, and the 2014 reboot film uses the term from the comic series, gojira.

The latter design for the creature is a masterpiece, and is a brilliant example of the kind of creature design possible with digital sculpting. Godzilla in the reboot was designed to more closely resemble the ‘iguana-like’ monster in the original 1954 Toho film.

As director Gareth Edwards said, he imagined what it would be like if someone really saw a creature like Godzilla in the 1950s and then went and made a film about it.

And’s not just the titular monster; the winged beasts that Godzilla gets pitted against were also designed through digital sculpting.

Clover: Conceived by J. J. Abrams and designed by Neville Page for the 2008 film Cloverfield, Clover was designed as an ‘immature, newborn’ which was lost, confused and scared and served as a pivotal factor in terms of creature design and story development.

There are whites in its eyes to enforce this, like a scared horse. The fact that despite its enormous size, it is an infant makes it all the more awesome.

It is quadrupedal, with several appendages and pouches that inflate when it is agitated. 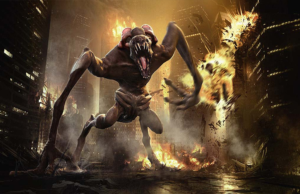 Smaug: The dragon from Peter Jackson’s The Hobbit trilogy might have become famous for being voiced by actor Benedict Cumberbatch, but he is also a marvel of design.

Fearsome in the books, in the film this gets realised beautifully. Scales, claws and intelligence characterize the creature, and are enforced by his massive size.

His greedy and cunning nature, too, are captured through subliminal detailing like the shape of the eyes and proportions of the face. 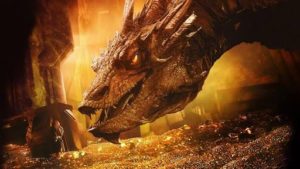 Now that you have begun to scratch the surface of what creature design entails, it’s time to do some exploring on your own.

There are numerous creatures out there to gain inspiration from, and for technique and software knowhow there is MAAC Kolkata.

If fluid, organic modelling is your passion, it is well worth a try.