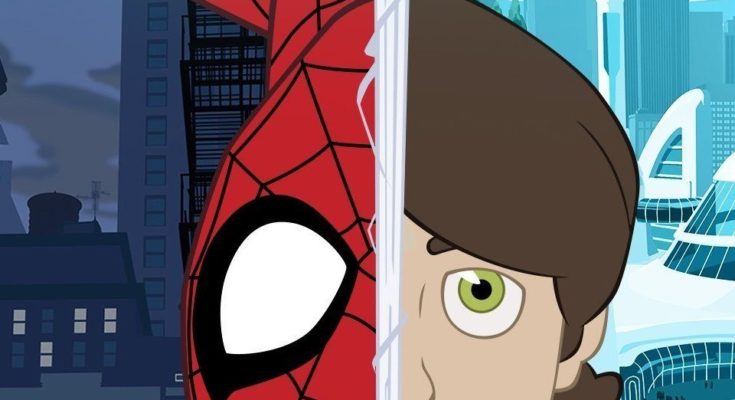 Spider-Man, the superhero character is created by writer Stan Lee and artist Steve Ditko during 1960s.

The ‘Spider-Man’ is one of the most popular and commercially successful Superheroes.

Animated cartoon series of Spiderman has been adapted to television many times.

In the stories of ‘Spider-Man’ Peter Parker an orphan high school student raised by his Aunt Mary and Uncle Ben in New York City, after his parents Richard and Mary Parker were killed in a plane crash.

Within the story, Peter Parker acquires spider-related abilities after a bite from a radioactive spider; abilities like clinging to surfaces, shooting spider-webs from wrist-mounted devices and detecting danger with his “spider-sense”. 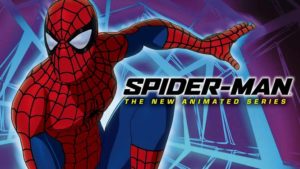 The first animated cartoon series of ‘Spider-Man’ ran on television from 1967-1970.

With the creation of the animation studio ‘Marvel Productions Ltd’ in 1981, Marvel started to translate more of their comic characters to television.

The 2Dimensional animated cartoon series ‘Spider-Man and His Amazing Friends’ was created for NBC in 1981, featuring Spider-Man, Iceman of the X-Men and a new character Firestar. 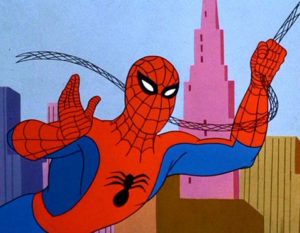 In 1994 ‘Spider-Man’ animated series was made for the Fox Network, this was the longest Spider-Man series with 65 episodes in five seasons.

Buildings were reproduced faithfully and Maps were consulted for references.

The animation artists were directed to populate the city with cars and crowds on the street level. 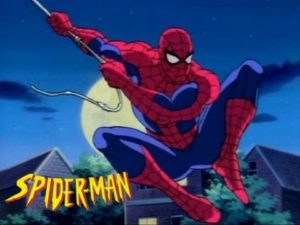 CGI was produced by Mainframe Entertainment. 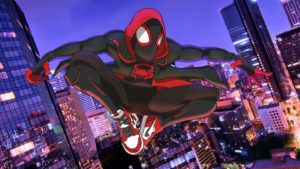 Recently made ‘Spider-Man: Into the Spider-Verse’ (2018) is the first animated feature film directed by Bob Persichetti, Peter Ramsey and Rodney Rothman.

In the film Spider-Man: Into the Spider-Verse, Miles Morales becomes one of many Spider-Men as they team up to save New York City from Kingpin.

Miles Morales is a teenager who first appeared in ‘Ultimate Fallout’ (2011) after the death of Peter Parker.

Sara Pichelli is the illustrator of the Miles Morales in the version of ‘Ultimate Spider–Man’.

The Filmmakers of this film broke the traditional CG rules and developed a new, unique visual language, rich in stylistic elements, shapes, colours and movement, where the hand of the artist is visible in every frame.

Hand-drawn line works were added on top of 3d characters.

Artists developed a line-drawing system in Houdini and tied it into Maya.

They created two types of lines: Lines of acting and emotion and lines of form.

The line-drawing system could convert these hand-drawn lines into geometry curves that can be animate like any other rigged geometry.

At the initial development stage, the directors worked with a single animator to establish the look of the film.

Later the number of animators grew more than 140, the largest crew ever used by Sony Pictures Animation for a film.

The Computer Generated Imagery (CGI) animation for the film was combined with ‘line work and painting and dots and all sorts of comic book techniques’ to make it look like it was created by hand.

Different comic styles were reproduced throughout the film for the different characters, with Spider-Gwen’s animation based on the designs in her comics, Spider-Man Noir having a black-and-white colour scheme, and Spider-Ham being designed as “cartoony” as possible.

The crew looked at comics, illustrations, and 2D animation for inspiration, and borrowed a 2D trick by animating the film on 2s instead of 1s (12 frames per second and not 24 frames per second) to remove the motion blur and get snappier poses.

According to the Animation Director Joshua Beveridge, the team wanted their own language for different animation styles and different universe.

Their biggest challenge was to create balance between ‘cartoony look and realistic look’. 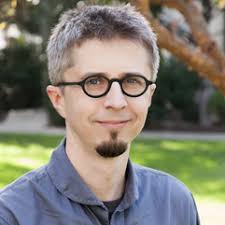 The team limited their colour palette and used an inker’s technique called half-toning, in which dots and patterns of colour in different sizes convey shade and light.

Inspired by old screen-printed comics, Dimian used hatching and half-toning techniques in the render and in compositing.

For the numerous shots of explosions, blasts, fire, and spark, 2D style effects were added. 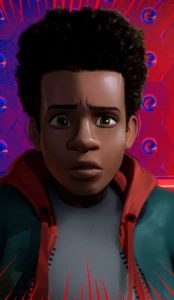 The greatest factor for the animation team was to create Miles Morales, an Afro-Latino teenage superhero and the team also created wide range of styles for the supporting Spidery characters. 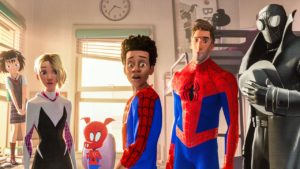 The cloth simulations on characters’ wardrobe proved particularly challenging when animation was done on 2s.

To achieve kind of continuous motion of the clothing, Imageworks had to run an in-between.

A ghost in-between frame was used which the audience cannot see and is not animated, but it allows the simulation to actually be continuous.

Imageworks had to write Software to allow those simulations to occur despite the non-continuous motion, and for the ghost frames to be removed.

This film has grossed over $278 million worldwide against a $90 million budget, and was praised for its animation, characters, story, voice acting, humour, and soundtrack.

The film won Best Animated Feature Film at the 76th Golden Globe Awards, and earned numerous other awards and nominations.

So here we had seen a character from comic to grow to become super hero winning the hearts of billions worldwide.

If you want to a part of such experience hold hand of Maac Kolkata and get expert career advice. 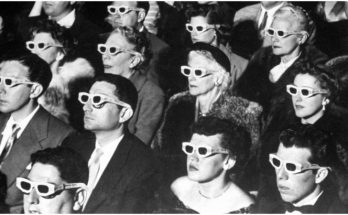 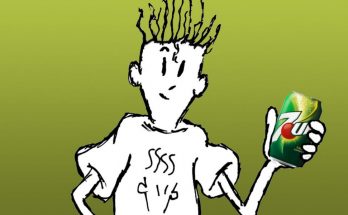 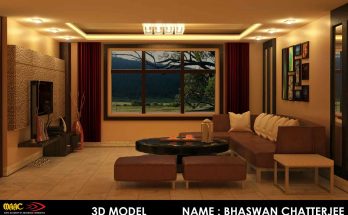